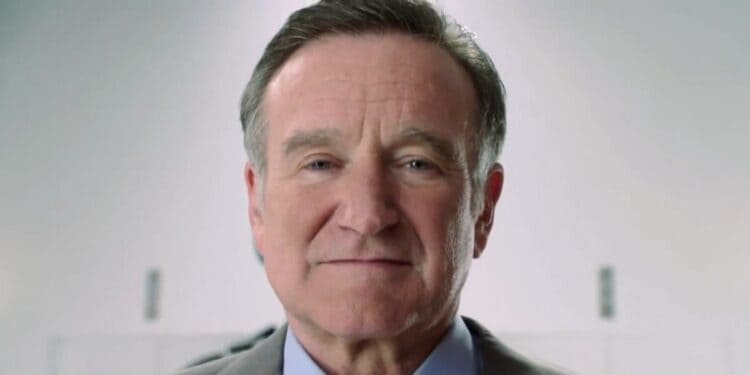 Trying to imagine various actors in the same iconic role is kind of tough at times, but after hearing about Ben Stiller wanting to take on the role of Jack Torrance from The Shining, it became interesting to think of how many other actors might have been able to portray this character, and some of them were a bit surprising. The late, great, Robin Williams was said to be a consideration at one time, but apparently, Stanley Kubrick didn’t want him, citing that Williams was ‘too psychotic’ for the role. That’s kind of an odd thing to hear about such a role, isn’t it? Jack Nicholson didn’t exactly appear to be a mentally stable individual in the role, but thinking that someone could go even deeper into the character than this is kind of scary for a lot of people, and to think that Kubrick would make such a statement is a bit interesting, to be honest. The truth is that seeing Williams in the role of a villain was different and definitely creepy since more often than not during his career he was the funny man and the guy that people depended on.

But movies such as One Hour Photo and Insomnia made it clear that he could flip the switch and become the type of character that inspired fear among his victims, not to mention the fact that it was already seen how nuts he could go thanks to Mork and Mindy and several of his movies. This was a man that could easily turn the corner and become every bit as scary as he was funny. Granted, he wasn’t the most imposing figure apart from the maniacal energy that he could summon up, but that was more than enough since the uncertainty of what Williams could do with such a character as Jack Torrance is enough to give a person the chills. Whether or not he would have taken the role is another matter entirely.

But just imagine that it had happened, and Kubrick had decided to take the chance. This would create a few ‘what if’ situations that would have likely altered the course of his career just a bit since the fact is that Jack Torrance is a well-respected name in the horror genre, and is still considered one of the more interesting roles that Jack Nicholson decided to accept in his storied career. Had been Williams that had coined the phrase ‘Here’s Johnny!’ instead of Nicholson, it’s interesting to think of what might have happened. There’s no doubt that Nicholson would have still been a famous name in Hollywood since he’s done plenty during his time that has cemented his status. But would this have changed Robin’s career in a big way? It’s tough to say for certain that it would have happened this way, but it does feel as though Robin would have seen such a role as a darker part of his career that had forced him into a very serious and deranged role. Considering that he was in his late 20s when the movie came out, Williams was still getting going when it came to his overall popularity, as he was already known but wasn’t the huge star that a lot of us remember.

The Shining could have been a serious uptick in his career, or it could have changed things in a way that might not have allowed him to be quite as popular as he became. It’s fair to think that a lot of people might argue that he was meant to be a comedian and dramatic actor, but sometimes all it takes is one decision that can alter a person’s course in a way that people wouldn’t be able to recognize. But thinking of what Robin would have been like as Jack Torrance is eerie since it’s fair to say that his manic energy would have easily put him over the top and give the audience something that they might have been commenting on for decades to come. But whether it would have derailed his comedy career or not feels like a silly thing to ask, since not everything he did as a younger man was comedic.

Jack Torrance might have been a role that would have stuck with him for a while had it happened, but it might have been overcome by Mrs. Doubtfire, Good Morning Vietnam, and many others that are held up as iconic movies that Williams would go on to star in later on. One has to remember this is the man that played Garp, was in Dead Poets Society and did manage to complete several dramatic roles even while he was coming up as one of the funniest men in the movies and on TV. It’s easy to think that he would have nailed the role of Jack Torrance, but it might be a blessing that it didn’t happen back then.