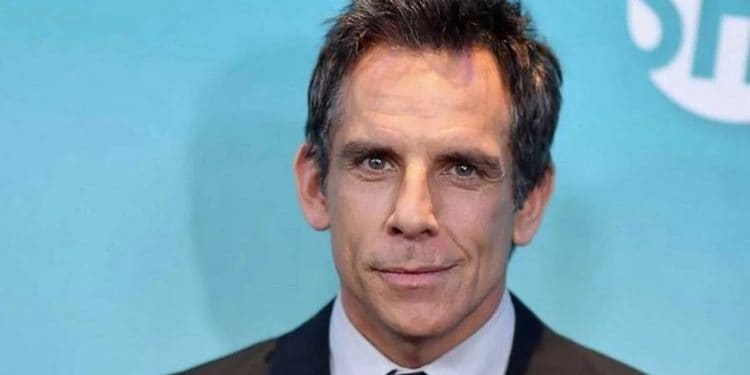 Imagining The Shining as a stage play isn’t quite as tough as imagining Ben Stiller as Jack Torrance since for most of his career, Stiller has been a comedic character and horror hasn’t really been his thing. But acceptance of Stiller into a role as crazed as Torrance is something that is bound to happen since a lot of people tend to love the guy in one capacity or another, but still, trying to see him as anything but comedic or dramatic is just different enough that it’s going to take some getting used to. Even thinking that The Shining would work as anything but a movie is kind of cringe-worthy, but then again, it’s going to happen, and putting Stiller in the most insane role feels like a moment that could go horribly wrong or awkwardly right. Looking at the story of The Shining it feels as though Stiller could take on a spoof movie that might take from Kubrick’s accomplishment, but anything else feels like it’s not bound to be what people might b expecting. Even in his most dramatic roles, Stiller is still closer to comedy than horror.

On an interesting note, it sounds as though this version of The Shining is bound to follow the book that was written by Stephen King, as it’s been noted more than once over the years that Kubrick’s version did deviate in a few ways, either because of the director’s vision or because of budgetary constraints. For instance, the hedge maze might have been kind of difficult at the time, but it would be interesting to see if it could be used as part of a stage production. Being one hundred percent against this idea isn’t necessary, but trying to think of ways that it would make sense is a little daunting unless one is hoping that it would be leaning toward something that was bound to be a little more lighthearted.

Of course, then it wouldn’t really be The Shining since this is a rather dark and dangerous story that doesn’t have a healthy amount of humor in it. So perhaps it’s wise to give Stiller a chance if he takes on the role. And if he doesn’t, one could only hope that someone who would be able to rival Jack Nicholson (there are a few people out there) could take on the role and make something of it. But just assuming that Stiller is going to see it through, his scariest moments don’t really amount to much since throughout his career it’s been a lot more fun to see him as the goofy, slightly out of touch hero or protagonist type, or the over the top and ridiculous villain type that has a massive ego and not enough humility. Stiller tends to play the latter roles perfectly, which is funny since he’s such a nice guy that turning the corner and becoming the overbearing bad guy makes his characters a lot more effective. One might think that this would make a perfect case for him taking on the role of Jack Torrance, but the best that some of us can say is that perhaps he’ll be able to excise the comedy and just go with the creepy transition from family man and writer to a crazed lunatic.

The manner in which older stories are being brought back at this point is…interesting in a way, but there are times when a person has to wonder what people behind the scenes are thinking when selecting one person or another for various roles. There are plenty of actors out there for just about every role, which makes certain selections feel kind of confusing even if they end up working later on. Trying to put Ben Stiller in this role is just about as tough to imagine, but it might work. There’s a good chance that he could make it work since looking back upon his career it’s fair to say that he’s adapted and evolved to a great number of roles that have forced him into different directions. It’s also worth saying that whoever might be cast into the production alongside him might make a difference and bring something out in Ben that might make this work.

One thing that has to be said is that it might be worth watching and seeing since trying to force one’s thinking into a different pathway is tough for many people. Ben Stiller is the type of actor that has a serious amount of impressive history behind him, so thinking that it can’t work at all would be inaccurate. But until it’s proven wrong, it does feel as though Stiller might be able to step into the role and make something happen that might surprise a lot of people. Stating that it’s going to be entirely successful is best left until the play has been seen.