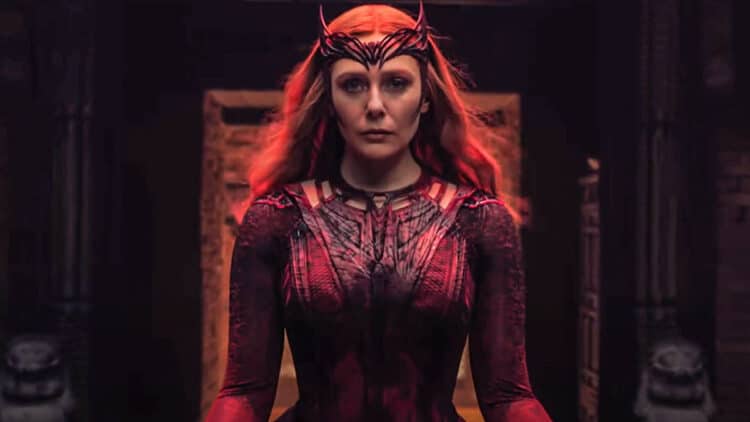 It’s already been established that Wanda is one of the most powerful individuals in the MCU, but giving her even more power feels like it would be an utter catastrophe, but it would be a spectacle without any doubt. Some individuals believe that her continued exposure to one of the stones could have had the effect of creating a type of immunity that would have allowed her to wield the stones far better than anyone else. There’s a good chance that with her power set that she might not have had to handle the gauntlet at all, which would have mitigated a lot of the damage to her person. But if that were the case, just think of how much more damage she might have been able to do with the stones. It’s possible that she would be able to do more than Thanos could even dream of. What she would do with this type of power though is hard to say, since during Infinity War there was a chance that she could have found a way to annihilate Thanos, had she been given a chance to unleash her full power.

For the sake of the story, Wanda wasn’t put in the type of position to even entertain the thought of laying claim to the stones, but had it ever happened it would have been far more disastrous post-Infinity War since it feels as though she might have used the stones to bring everyone back, including Vision, but it also feels as though, somehow, her possession of the stones would have been a risky thing at best. Had she not managed to get Vision back, but somehow still managed to get the stones, one has to wonder what she might have done, and whether or not she would have even been able to bring Vision back. Given the nature of her powers, it’s fair to say that she could bring him back, but whether it would have been the wise thing to do, and if reality would have mirrored WandaVision at one point.

Getting past the whole idea of how she would gain ownership of the stones, one can easily imagine that she would be one of the deadliest individuals in the MCU since her powers alone manage to do this, but with the Infinity Stones, it’s fair to think that she would be able to punch way above her weight class, especially if she came to understand how to use each stone. The fact that Wanda is not the most emotionally stable person in the MCU factors into this fantasy more than a little since the fact is that she’s intelligent enough to know how to use her own powers and figure things out on her own, but Wanda is not a completely stable person, and she hasn’t been since she was brought in to the MCU. But this has been part of her appeal since she is powerful beyond belief, especially considering that she enchanted every Avenger save for Hawkeye, who was too quick for her. But thinking about her with the Infinity Gauntlet is unnerving since she would be capable of upsetting the universe in a manner that would be destructive on a level that would shake at least her universe, or several all at once.

When one takes into account that Wanda was able to slow down Thanos with a nearly complete gauntlet with just a fraction of her power, while trying to destroy another Infinity Stone with the other fraction, they should be able to guess that she’s uniquely powerful, and doesn’t necessarily need any implements to hold her own with many individuals. There are still many individuals in the Marvel Universe that could handle Wanda, but they would be among the top tier of cosmic powers, and no, Captain Marvel would not be one of them since the ease with which Wanda took out the Illuminati in Doctor Strange 2 means that she would likely stomp Captain Marvel without much effort, with or without the stones. But it does stand to reason that Wanda might not even need the gauntlet since she might be able to wield the stones through the use of her own power, which could possibly allow her to alter the stones just enough that they would be inaccessible to others, but fully accessible to her.

The nature of her power is such that this should be able to happen much as it did with the Darkhold, but perhaps to a greater degree since perhaps bonding with the stones might even be possible to someone that’s been exposed to one of them. It might make for an interesting What If story, but at the moment the thought of Wanda wielding the Infinity Stones is more of an errant thought than anything that the MCU might be ready to put any energy into.