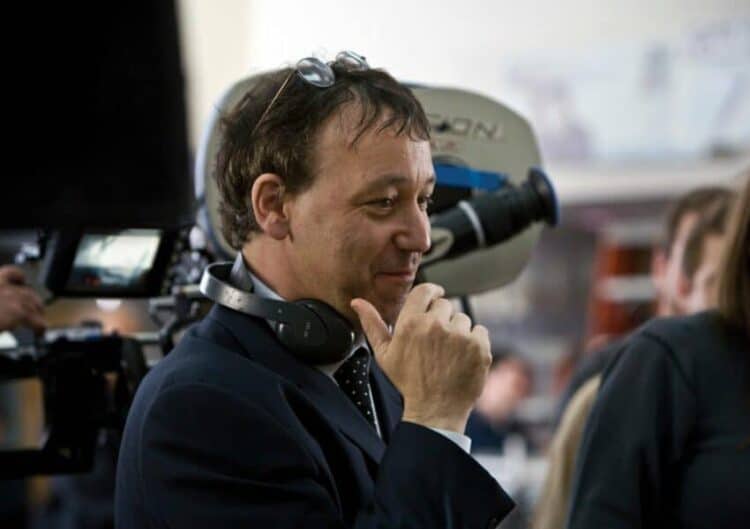 One thing that tends to happen in the movies when it comes to a Stephen King story is that the feature either starts out great and builds up speed to the end, or it trips and stumbles its way to a mediocre ending that leaves people glad it’s over rather than glad that they saw it in the first place. Within the last decade there have been a few Stephen King movies that have hit the big screen, and to be fair, they haven’t been horrible, but they’ve needed a bit of work when it comes to their endings. Still, it’s a big step up from what happened to a few King stories back in the 90s. What’s interesting is that Sam Raimi, a man that’s been directing horror for a while now, hasn’t managed to get hold of one of King’s stories yet. What’s really exciting is that he appears ready and willing to do so, which should mean one thing: get the man a King story to direct. There are plenty of stories that either need a reboot or a chance to shine on the big screen, or on a streaming channel if anyone wants to go that direction.

Raimi’s directing chops aren’t to be questioned in this regard since this is a guy that has made it clear that he knows what he’s doing when it comes to horror and horror comedy, and should by all means be allowed to work his magic on a Stephen King story. But it does feel as though giving him a choice of what to develop, if King is up for it, should be a consideration. There are several choices that feel as though they’d be more than adequate for Raimi to look at, especially since King’s stories tend to lean into the fantastic and horrific quite easily. If there’s humor to be involved however, perhaps it would be best to think about something like Needful Things, which needs a reboot in a big way.

There’s no offense meant, especially since Max Von Sydow, Ed Harris, and several other noted actors were a part of the movie. But for one reason or another, the feature didn’t inspire or even terrify people as the book did. Reading the novel is enough to make the hairs on the back one’s neck stand up whether they’re reading it in daytime or at night, since the character of Leland Gaunt was capable of appearing as a kind old mind or a devious individual that was ready to skin a person alive if they offended him. Sydow played the part just fine, but he wasn’t given much of a challenge when it came to plumbing the depths of Gaunt’s character. There are other stories that Raimi could do well with, such as a remake of Cujo, or perhaps a remake of The Tommyknockers. The Girl Who Loved Tom Gordon might be just up his alley since it’s been mentioned that this story might be headed to the screen. It would be great for Raimi since his ability to shoot scenes in the forest in a unique and terrifying manner would be great to see in a new and updated manner.

This is something that needs to happen if only because Sam Raimi might actually come up with a way to present a Stephen King story that would scare the hell out of people and possibly give them the thrill that’s needed. A Stephen King story is something that often leaves the nerves a little raw by the end since his books tend to delve deeply into various subjects that don’t always take care to mind the sensibilities of the reader. Those that love this are ready and willing to see it on the screen, big or small, and are hoping that whoever takes on the next King story is going to be someone that won’t shy away from the harder subjects and embrace them as fully as possible in order to give the fans what they want to see. Stories by Stephen King are often a bit raw and there are directors that can bring this kind of tale to life in a convincing way. Raimi is one of those that could likely take any King story and turn it into something that people would be happy to sit down to watch.

How long it will be until this happens, if it does, is hard to say since many great directors and many more good to average ones are bound to keep themselves busy for a while since if one isn’t coming up with an idea to develop, then it’s likely that they’ll be left behind eventually. If the day comes that this does happen though, one can only hope that Raimi will manage to get hold of one of the more well-known King stories and keep it interesting from start to finish.