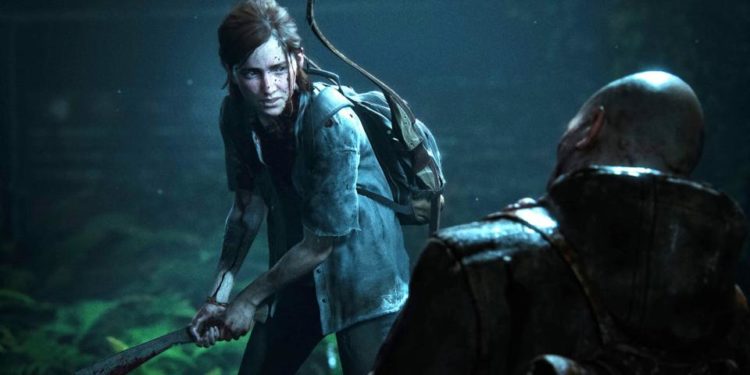 Anyone that’s played the game The Last of Us 2 knows that this particular scene in the game is pretty brutal, not to mention final since Joel gets his head beat in and Ellie has to watch. That’s enough to make someone swear revenge on the spot against all better sense, especially since she was being pinned down and had no way of getting up. But this new take on how the scene should have gone is, well, it’s kind of hokey to be certain since it’s a very nice version and it’s definitely something that some folks in this day and age would fully agree with since it’s less bloody and instills the belief in forgiveness that a lot of people would like to believe in and see from each other. But then again, that kind of thing doesn’t always sell as well since tragedy and drama are usually what people pay for and want to see in games such as this. In a post-apocalyptic world, the general idea is that humans will start to lose their humanity in a big way through many different acts that will reveal who a person is on the inside and what they’re fully capable of. In the world we know now there are a lot of people that don’t hide these types of proclivities, but there are many more that do since the laws of any given country prohibit people from harming each other without having to be held accountable in some way.

Obviously, Joel is held accountable for the life he took in the second game, but this scene makes it pretty clear that he wasn’t about to lay down and allow this to happen since he still had plenty of fight in him. The thing about being tagged in the head by a golf club though is that there really aren’t that many that could get up and start fighting in a competent manner after being hit so hard, especially if they had their leg savaged by a shotgun blast only moments before. Unless Joel had a fast-healing capability that no one knew about, there was no way that an average person was going to get up from that kind of a beating, not even if their adrenaline was spiking in the next second. There is a certain amount of damage that a person’s body can take that’s will allow them to continue functioning as normal, but blows to the head are tricky since they’re typically not just wounds. A savage blow to the head can incapacitate someone in a huge way since the brain that’s encased behind the bone that’s being beaten on will suffer accordingly as the skull is savaged and beaten so hard that the brain rebounds off the inside.

Wanting this scene to end on a positive note almost feels wrong seeing how the rest of the game was increasingly violent and didn’t pull any punches. The nice version wouldn’t be too bad if the game itself wasn’t so violent, and yet the nice version still wouldn’t fit in a post-apocalyptic world for a number of reasons since the idea of human beings being nice to each other and forgiving each other on the spot just doesn’t compute with a lot of us, particularly after getting into a fight as savage as the one that Joel, Tommy, and Ellie were subjected to. After all the hell that the trio had been through in the last game one would think that their survival instincts might have been a little better, but then there were a lot of factors to think about when it came down to the storyline and how it had to happen. Simply standing up and forgiving each other when it was all said and done wasn’t really an option. Like it or not, the average human being does have an issue with forgiving people on a whim, even following a fight that should have put a few of the attackers down without much effort.

It’s kind of interesting to think of how many people would have wanted the scene to end this way since it would feel more likely that people are in agreement that it’s brutal and definitely sad, but it’s also karmic in nature since Joel did manage to kill off someone fairly important. It’d be interesting to find out how many people would want to argue with that sentiment, especially given how many people don’t like to see their favorite characters get killed off. But the reality of it is that in hard times people either pull together, or they eventually turn on each other as survival and the continual need to be the last one standing takes over. The original scene in the game was definitely more traumatizing, but the clip showed above might make a lot of people stare in awe and pine for the original.