Home
Movies
How The Exorcist Ruined The Franchise 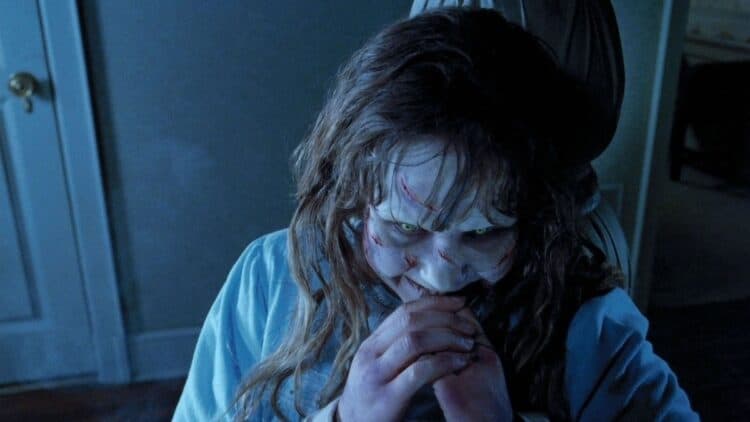 The Exorcist helped redefined the horror genre. Back during a time when slashers were a dominant force when it comes to horror, The Exorcist showcased a different side of evil in the world of cinema. Based on the novel by William Peter Blatty of the same name, the iconic film is about a young Regan, who becomes possessed by the devil. A local priest comes in and tries to rescue the poor girl by performing an exorcism, and the church sends in an expert to help with the difficult job. The Exorcist was a smash hit as the cheap film made over $400 million at the box office. It wasn’t just the fact that the feature was new for the time, but The Exorcist was a genuinely scary and carefully crafted film. Instead of delivering needless jump scares or unnecessary gore, the movie actually takes its time trying to get you invested in the characters first before jumping right into the supernatural stuff.

Given how meaty the role was, it’s especially impressive how such a young actress pulls off a commanding role. The Exorcist was a global phenomenon where people were actually handed sick bags because fans were fainting during the feature. Plus, it became the first horror movie to become nominated for a Best Picture Oscar. It appeared that Warner Brothers had a new franchise on its hands, but instantly, the sequel showcased that no other Exorcist film would ever match the quality of the first feature. Considered one of the worst sequels ever made, The Exorcist II: The Heretic came out four years later and it didn’t even get a fraction of the good reviews that the original did. Usually, sequels make the mistake of repeating the same formula that made its predecessor successful, but that simply wasn’t the case for part two. The Heretic was a confusing and jumbled mess that was neither scary nor compelling. The film tries to expand the mythology of Pazuzu, while furthering the story of Regan. However, Regan’s story was already complete. There was never a need for her to make a return because there just weren’t any lingering questions surrounding Regan once she removed the demon from her spirit.

However, this horror film made over $400 million at the box office. It was inevitable that a sequel was going to be made. The Heretic tries to give Regan a reason to be there, namely giving her a psychic ability and the odd investigation of Father Merrin four years later after his death in the first film! The Exorcist II went out of its way to be so wildly different while trying to connect the events of the first film that none of it makes any sense. Why is Regan in a psychiatric ward after it’s been proven that she was possessed by the devil? How did she get supernatural powers? Granted, it’s explained in the feature, but it just doesn’t come across as natural. Then there’s the whole locus thing that’s still a headscratcher until this day. The poor quality continued in The Exorcist III. Wisely, the story of Regan was finished, and the sequel was better received than its previous entry, with some genuinely scaring parts in Exorcist III. However, it just didn’t match the quality of the original Exorcist. One of the main reasons that the first film did so well is that it was unlike any other horror movie during it’s time.

The following sequels didn’t exactly match the freshness of the first film, even though they weren’t exactly wash, rinse, and repeat copycats. Is it possible to make a compelling Exorcist feature following the first film? Yes! And the brief Fox series showcased that there’s an interesting story to tell within this world. It’s especially impressive that the two seasons were of such high quality given how bad the movies have been since the first 1973 film. The problem was by the time the series was released in 2016, audiences were done with the franchise as a whole. It wasn’t just The Exorcist that killed the whole devil possession genre, but a slew of copycats that never came close to surpassing the quality of The Exorcist. The first film didn’t just kill its brand, but the genre within because the model following The Heretic was basically a blueprint from The Exorcist. The 1973 feature felt that it was only meant to be one film, and though the series showcased that it’s not impossible to tell a strong story under the brand’s name, the cow had been milked bone dry at this point.

Web of Make Believe: Death, Lies and the Internet
Comics Lists News Things You Didn't Know Whatever Happened To