Home
Movies
Are We Ever Going to see a “Rogue Two” Star Wars Movie? 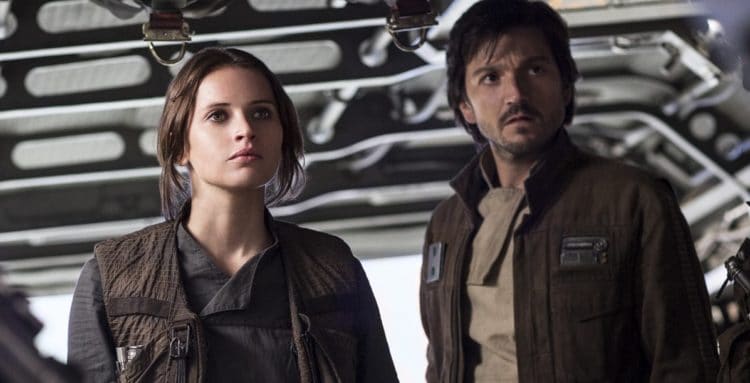 Let’s say ‘probably not’. Any devoted Star Wars fan will tell you that Rogue Two was the call sign for the second member of Rogue One, Zev Senesca. Now if you’re talking another Rogue One movie then yeah, there’s still not much of a chance. As it’s already been stated the story of Rogue One was foretold in the opening credits of A New Hope decades earlier.

This was basically the blueprint for the entire Rogue One story, and it was built off of this into something else that sparked the original trilogy. There are still a lot of people that seem to feel the need to cry out that Rogue One was a travesty filled with plot holes, and among those are diehard fans that are still somehow irked that there are people that liked the prequels. But more than anything this film has sparked controversy in the Star Wars universe for several reasons, one of those being that it didn’t seem to link up from the Revenge of the Sith to A New Hope.

It’s hard to wonder how people don’t seem to realize that the films don’t run back to back as far as the timeline goes. There are years and YEARS of history between each film, more often with at least two to three or even more years between them at the very least. This means that during the time of Jyn Erso and the still-growing Rebellion, main characters such as Luke Skywalker, Leia Organa, and Han Solo were still fairly young. Chewbacca was already well over a century old if not older and Yoda of course was exiled on Dagobah as he was in the third prequel. But during Rogue One the setup that went into the scrolling credits of A New Hope were being played out as Erso, Krennic, and the rest of the cast were struggling against one another in order to make it known that the Empire had a massive weapon known as the Death Star and was bearing down on suspected Rebel hideouts that they believed would cripple the rising Rebellion. This wasn’t the classic tale that people have grown so used to, it was one of the uncounted many that lie beneath it, bolstering the enormity of the Star Wars universe while going largely unnoticed since the Skywalker line has kind of dominated each trilogy after a while.

Keeping the story narrowed down to the Skywalker’s and the Solo’s and the Organa’s and even the Jedi kind of limits the whole scope of Star Wars since anyone that’s read the books, the graphic novels, and even the regular comic books knows that there’s an entire galaxy out there with uncounted systems that all harbor some form of sentient life. Taking the time to finally discover what’s really out there and to pull away from the main story arc for a while is kind of refreshing really since allows those that have only seen the movies to really get into the story beyond the original movies and discover just what there is to see. After all, the Death Star did have a designer and an entire army of engineers working on it, and they in turn had others that they were connected to somehow. It was a stroke of genius really to make it possible to acquire the Death Star plans through a character like Jyn since she brought another level to Star Wars that was both easy to relate to and something different than we’d seen before.

But in terms of making another movie, it’s only possible if one wanted to make a film that is taking place at the same time as Rogue One, in a different part of the galaxy. It might be time for Star Wars to continue stretching out just to see how much can really capture the attention of the audience, but a lot of care and familiar settings as well as faces would need to go into the making of this next movie. Or they could be smart about it and place Han Solo and Chewbacca into another movie during this time frame, leading up of course to the moment when they finally encountered Obi-wan and Luke in the cantina. There are a few things that could done to show the plight of the Rebellion or to at least showcase what was going on during this time at other points in the galaxy, but it wouldn’t be very likely that it would be another Rogue One movie since Rogue One was in many ways a one-off that wasn’t meant to inspire a sequel since it moves directly into the story line of A New Hope.

Sorry to burst the bubble of any hopefuls out there, but in reality, in the books, or Legends canon (sigh) Rogue One was an X-Wing squadron. Making it into a movie almost guaranteed that it would become a singular film in the franchise.