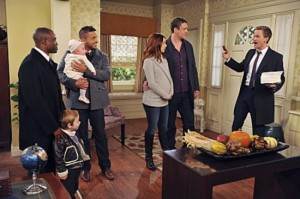 **WARNING: If you haven’t watched last night’s How I Met Your Mother there are spoilers ahead. Get yourself to CBS.com or to your DVR asap before reading.**

It was the baby news heard ‘˜round the world.

Just as Barney was joking about how bad he would be as a dad on last night’s How I Met Your Mother, Robin tells him she is pregnant. Yes, you read that right, ROBIN IS PREGNANT.

My immediate reaction to this news: ‘WHATTTTTTTT?’

Presuming the baby is Barney’s, this is a jaw dropping cliffhanger Carter and Bays have thrown at us. Of course there is a chance the baby could be Kevin’s. However, I’m really hoping the father of Robin’s child is revealed quickly and doesn’t play out as a mystery. After all isn’t that what we have the mother for? Speaking of Kevin where was he this episode? When there’s hardly a mention of him, I tend to wishfully forget he exists and hope Barney and Robin start making out.

On my second watch of ‘˜The Rebound Girl,’there seemed to be clues throughout the episode that something was off with Robin and that it just may have something to do with babies. It looks like I just didn’t put the pieces together when first seeing them.

First there was Barney and Ted’s desire to become ‘bro parents’complete with Barney’s kidnapping babysitting of his brother James’new daughter. While absolutely insane (but is it really?) this storyline was hilarious. I especially loved Barney and Ted’s squabble over who should stay home with their baby. Also ‘Hurricane Mosby Stinson’how awesome is that name?!

Then there was Robin’s desperation against Marshall and Lily’s desire to move to Long Island and her subsequent act of craziness by locking herself in the bathroom. As Marshall pointed out, Robin is a strong independent woman and probably the least likely person he knows to lock herself in the bathroom on Thanksgiving. She also had a couple of freak-outs in Marshall and Lily’s tiny New York apartment. While we definitely were clued in that something was off I never once thought pregnant.

I can’t help but ponder how this might change not only Barney and Robin’s relationship but also the group dynamic as a whole whether or not Robin has the baby. If she does have the baby, it will change her relationship with Barney or Kevin no matter who is the father and sooner rather than later there will be two babies running around with the gang. If she doesn’t have the baby, then that could provide some tension between the would be parents that they may not be able to get over. Either way, I was hoping that when Barney and Robin got together it would happen the way it should have last week and not under these circumstances. If this is what makes Robin realize they should be together, I’m not quite sure how I feel about that.

There are still so many additional thoughts to process over this revelation that I just can’t seem to get them straight. So readers help me out, what did you think? Were you surprised at Robin’s baby bomb? Who do you think the father is? Do you think she’ll have the baby? Will Lily and Marshall move to Long Island? Check out our quips of the night below and then let us know!

Quips of the Night 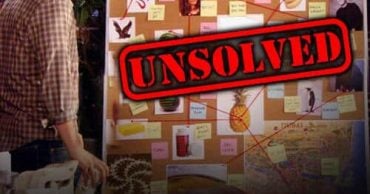 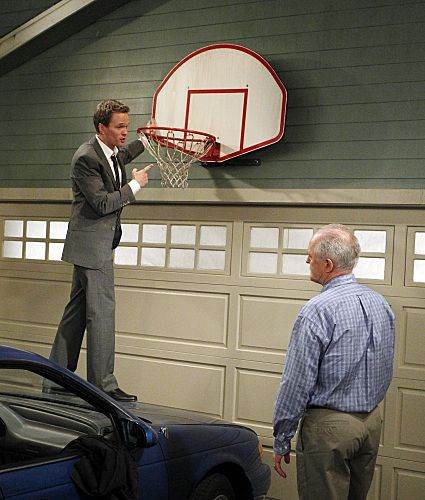 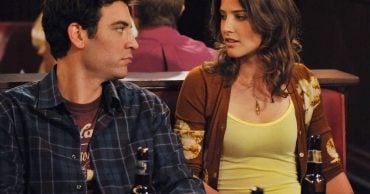 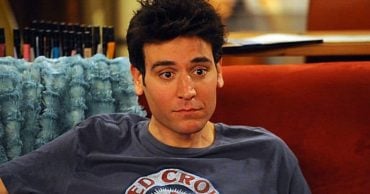 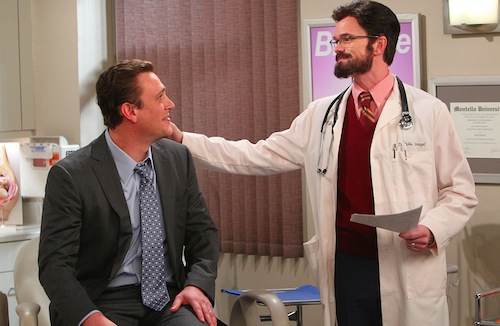