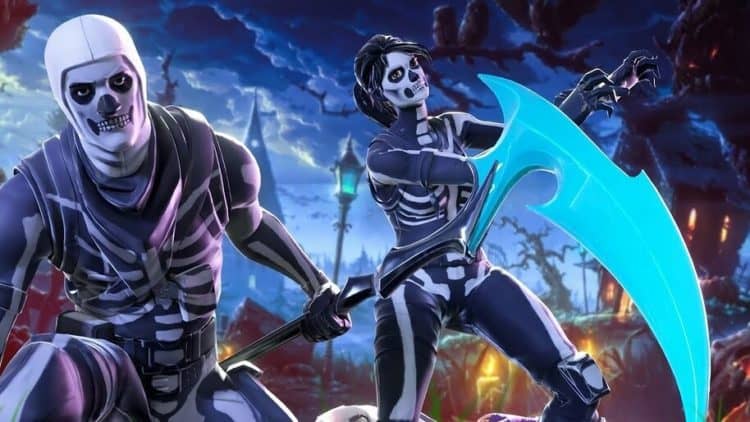 Fortnite, a game that has been among the top played games on most platforms for the last few years and has been the center of controversy with Apple, has shown that comedy brings people together more than anything within the game, except maybe music or events in general. From emotes to characters and even lore and other elements throughout the ever-changing years of the video game Fortnite has brought comedy to the forefront of most of its lifetime so far. Of course, there have also been serious, heartwarming moments during major events but overall Fortnite thrives from comedy, Tik Tok, and other social media platform trends. When it came to dances that originated on social media platforms such as Twitter and Tik Tok Fortnite was quick to release their own version of the trend, until lawsuits and artist claim rights started to come after the video game industry giant. Below, we’ve detailed various forms of comedy such as jokes and memes that Fortnite has turned into content for the platform.

Epic Games, from leading video game industry head to a simple battle royale game with Fortnite has really extended its reach into many aspects of media, so much so that Epic Games CCO Donald Mustard was spotted in the latest Matrix film. Fortnite has surprisingly paved the way for future video games since its initial launch with not only just emotes and strange collaborations but also direction. If it wasn’t for Fortnite doing such strange collaborations, such as Rick and Morty, Naruto, and others, maybe fans of the game wouldn’t have found it so likely that Peter Griffin was expected to enter the game a few seasons back. Unfortunately for fans of the adult animated sitcom Peter Griffin and the Giant Chicken failed to appear in the game and rumors of such collaboration have cooled down. Among the most interesting and deep collaborations that have landed on Fortnite’s island are Marvel, who have had their own battle bass theme, and DC, who has had skins appear exclusively via comic book purchases and a Fortnite Crew membership.

Since it gained massive popularity Fortnite was established pretty early on as to what people would spend money on V-Bucks in order to get said item or items. While it seemed like just yesterday that Fortnite released the Naruto, and meme, inspired emote called “Full Tilt”, which was released many seasons before the official Naruto collaboration came to life. This specific emote was created as it was a trend on social media and eventually, the emote and a real Naruto collaboration came to be within Fortnite. While it may have been a while since the release of the emote until the official Naruto collaboration, Epic Games did a grand job and not only added some highly requested cosmetics such as outfits but also added characters and quests to the map with additional rewards. Overall, Fortnite has had several jokes from the internet turn into content on the island but the publisher also goes to the fullest amount of content possible when doing so with all collaborations, or even simply memes brought alive was an emote. Another great example of when Fortnite turned a joke into content was the Stonks outfit which was inspired by internet memes in reference to stocks prices, with the perfect stocks-themed back bling to go with it, but even igniting an opponent with a gas can was comical in the battle royale title.

With already existing jokes turned into content within Fortnite, such as anime mocks turned into a large Naruto collaboration and stocks memes, almost anything already seemed like it could happen related to memes in the future for Fortnite. Fortnite has already shown that they are willing to not only collaborate with a large variety of names and companies such as athletes or comic book staples such as Marvel and DC but create their own version of simple meme-inspired works such as the Naruto run inspired emote. With existing POIs in Fortnite from the beginning of the island, swamplands have almost always been among the unique biomes per season so fan-created ideas of outfits such as Shrek aren’t too far-fetched. Even with the above-mentioned Family Guy rumor that supposedly would have featured not only Peter Griffin but also his nemesis Early, The Giant Chicken based on a leak that highlighted the use of the word “French Fry”. Although this never happened, with skins that utilize two-dimensional outfits and items that already replicated that straight from paper feeling you’d get from comic books, manga, or other illustrations.