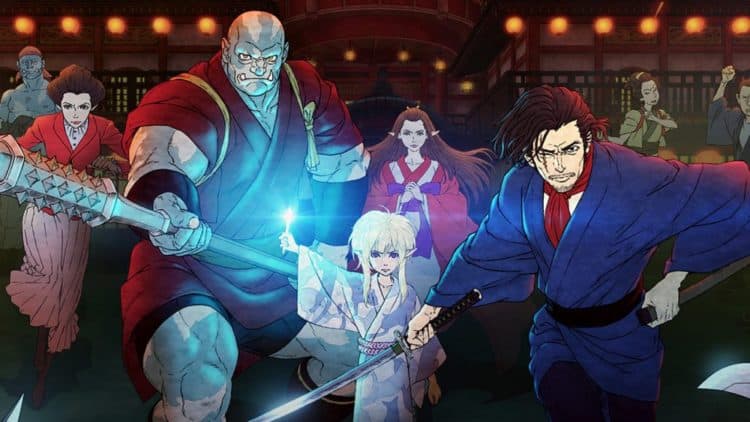 If you’re an owner of Netflix, you might have watched the 2017 urban fantasy action movie Bright. Just in case you didn’t, here’s a little spoiler alert: it wasn’t that good. Well, it wasn’t as bad as some of the critics made it out to be, but it wasn’t nearly as good as it could’ve been. Just like many movies, this one began with a unique and creative idea, but the execution was a bit of a misfire. Personally, I really dug the idea, given that I’m a big fantasy nut. And I should probably mention that the stars of Bright were Will Smith playing a Los Angeles police officer partnered with the first orc to join the LAPD. The orc, named Nick Jakoby, was played by the underrated Joel Edgerton. Their performances were good and the world they were set in reflected issues that are still relevant to this day. For instance, living in a fantasy-based world with magical creatures, the orcs were largely considered to be dangerous monsters and often lived in crime-infested ghettos. With Jakoby joining the force, you can imagine not too many humans were happy about it. Bright intended to explore realistic issues like racism, poverty, and police corruption, and it scratched the surface. I think it fell short with exploring the fantasy element that turned so many viewers to it.

Just imagine an orc or an elf living in the same neighborhood as you and seeing them wearing normal clothes. That would be pretty odd, wouldn’t it? I certainly think so and I wish Bright took the opportunity to explore that further. It should be pointed out that Bright was directed by David Ayer, who is pretty underrated in my book. Unfortunately, when most people think of David Ayer, they tend to remember the 2016 Suicide Squad movie. Was that movie really his fault? Yes and no, but I think people should appreciate him for his better movies. You can leave out the Arnold Schwarzenegger movie Sabotage and the Shia LaBeouf movie The Tax Collector and just watch the 2014 World War II drama Fury starring Brad Pitt. That was a very underrated gem from 2014, but he did one better in 2012. If you haven’t watched the cop drama End of Watch with Jake Gyllenhaal and Michael Pena, you’re seriously missing out. That’s probably his best movie and I don’t see him topping that one anytime soon. And if I could name another underrated David Ayer film, check out Harsh Times from 2005. If you’re a big Christian Bale fan like me, you’ll enjoy another masterful performance of his in that movie.

So I appreciate David Ayer, that’s no question. I believe he can make a comeback and give us something on the level of Fury and hopefully End of Watch. As for Bright, it was disappointing, but I really dug the ideas behind it. Now Bright didn’t exactly win over critics and audiences, but a lot of people watched it. I suppose Netflix can thank the stardom power of Will Smith for that, but he did the same for Suicide Squad. Neither one of those films got the positive reception they were seeking. Now the sequel to Suicide Squad was a night and day difference in terms of critical reception and even box office. It’s sad that it bombed at the box office, but the reception from both fans and critics was astounding. Can the same be done with Bright? Well, The Suicide Squad didn’t have David Ayer attached to direct. As we all know, it had the great James Gunn as its director. A Bright sequel, despite the bad reception, is apparently supposed to happen. I can’t imagine too many people wanting it, but I would take it. If it does happen, I wonder if David Ayer will return to direct. Last year, it was reported that other directors, including The Incredible Hulk director Louis Leterrier, were in talks to direct it. That’s a good choice, but can they get Will Smith to star in it? He’s a busy man, but if they don’t get him, they should at least get Joel Edgerton back. The story of his character alone made me get through Bright completely. Heck, I even wanted to see more of him being partners with Will Smith’s character.

The thing is, I don’t think Bright needs a direct sequel. If you still have Netflix, you should check out the anime spin-off of Bright. It’s a real treat for anime fans, but it’s also miles better than the movie. It’s called Bright: Samurai Soul and it did exactly what I wanted it to do. Yes, it certainly delivers on the action. However, I really dug how this anime spin-off really explored the mythology and fantasy element to the world of Bright. It takes place during the Meiji Restoration and the main characters are a human ronin, an orc mercenary, and an elf girl who turned out to be a Bright. It actually turns out that there are more creatures who exist in the Bright world. The anime revealed that dwarves and goblins exist in the Bright world and often acted as hired guns. This was cool to see, because it showed how much further Bright is exploring its fantasy elements. The anime takes it a step further by showing us how ancient the conflict between the Inferni and Shield of Light is. While the Shield of Light seeks out the wand and Brights for good, the Inferni does so with the intentions of world domination. The anime shows us how far the roots go, but I bet they dig even further.

Because of Bright: Samurai Soul, I am very interested in seeing more from the world of Bright. There’s honestly no need for a direct sequel. What would be more interesting is another anime that doesn’t have to be connected to Samurai Soul. I want to see how other parts of the world handle the orc and elf, not to mention the dwarf and goblin population in their lands. Does it matter where they are? I don’t know, but that’s precisely why we need another Bright anime or maybe even a television series. I’ll take either one, but I am interested in seeing this world expand.