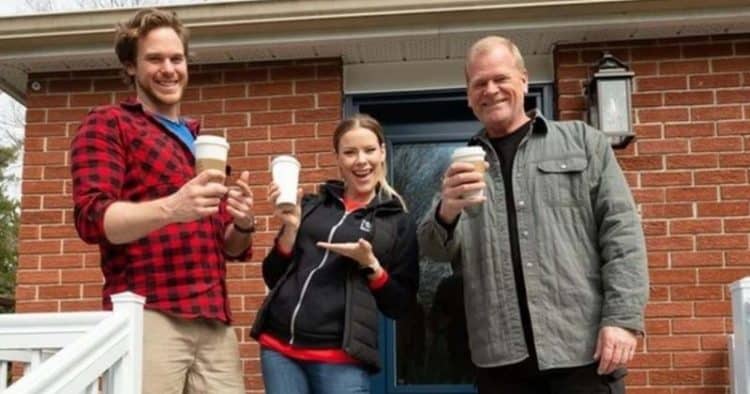 When it comes to reality shows, HGTV has the industry by the hand. Everyone loves real estate, design, and the art of taking something that might be past its prime and turning it into something amazing. When it comes to “Holmes Family Rescue,” however, the world has questions. This is not a new show, but this reality show is one that has a lot of viewers. How does it work? What’s it really like? And, there are so many more questions. We have some answers, so stay tuned.

1. Mike Holmes Has Been Doing This Forever

This is not his television job. This is his actual business. He has his kids working for him, and he’s been doing this a long time. The host founded his business when he was only 21, and he’s worked long, hard, dedicated hours to build his company into what it is now.

3. It Airs in December

This show is a new one even though it stars a man who’s been around the reality television scene using his own name for some time. Now he will air on television with his new show on December 4, 2021. It’s worth the watch.

4. Not All Contractors Are Good Ones

The simple fact of the matter is that there are many types of contractors. There are those who think they know what they are doing and they refuse to learn or admit that they are not as knowledgeable as they think, and that leads to things going wrong every step of the way. There are those who simply cheat you because they want your money. This show makes it clear to fans that there are sometimes poor contractors for hire, and you should get to know your contractor before they do work for you.

What is amazing about this show is that Mike Holmes is doing something so good for those who need him. He’s taking these horrible contractor renovation jobs from homeowners and paying for most of the work he’s doing out of his own pocket. The homeowner is not required to pay for the work except for a small fee of 10-20 percent of the total cost. That’s amazing when you think about how expensive building materials are.

This show is all about family. Holmes works with his own family to make these other family’s dreams come true as they work to fix the horrible mistakes that others made. It’s no fun to live in a house that is all wrong knowing you paid money for it – and some people may even find their homes are unlivable after working with a shoddy contractor.

The other thing worth noting about this show is that Mike Holmes does work with some amazing subcontractors. They, too, donate their time, their skill, their knowledge, and their abilities to help these families in desperate need, and they do it with no other expectation. The world is a much better place when people give – and what you give does not always need to be money. Time, effort, and knowledge are invaluable tools.

Mike Holmes is just a great man. He’s established a foundation he named for himself, and he does good with it. The Mike Holmes Foundation is one that works to give back to those who need it the most. He knows that homes are expensive, families pay a lot of money to fix up a home, to buy a home, and to have work done, and some people are just awful contractors who ruin things. His foundations raise money to help families who are victims of poor construction.

9. The Show Has an Unofficial Tag Line

That’s not up to code. It seems that the vast majority of the contractor work he’s on this show fixing is not up to code. Whether that means the work is old and no longer meets code or someone just didn’t bother, we don’t know. It might be both. However, you can expect to hear this line regularly.

Put plain and simple, “We seem to have a lot of problems with foundations because we’re building to minimal codes, and with floors that seem to get weaker and weaker every year. Builders need to build with better products, beyond minimum code – and they need to promote it, brag about it,” he said in an interview with Distractify.