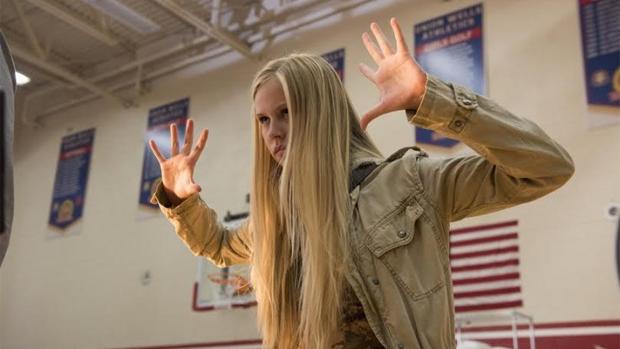 As Heroes Reborn begins to wind down, the chips are falling and the story has become much more compelling in its final few episodes. It was really hard to wrap my head around the break between the first ten and the last three episodes (I’ll be honest, I still don’t get it), but I’ve forgiven them because the story is getting pretty interesting. Despite not getting a season 2 renewal, hopefully the Heroes revival can end on high note, pleasing fans and newbies alike.

This week on Heroes Reborn: Luke and Malina do their best to get to Tommy. Tommy, meanwhile, wants to save the world, but cannot trust Erica any longer. Ren and Emily meet and seek out Tommy, but not before Erica traps him. As Matt Parkman returns Taylor to her mother, Taylor’s secret is uncovered. Erica’s past with Evos is explored. Stories continue to intersect.

I’ve never found this show boring, but it was sometimes difficult for me (insert your weekly reminder that I have not watched the original series) to totally understand what was happening. My objectivity has proved useful, though, because now that the stories have begun to converge, it actually makes sense. The series fits together so much better when the whole picture can be seen. I can imagine that Heroes Reborn will make a pretty good binge when all is said and done.

I really appreciate some of the themes that have emerged from these stories, too. Like Matt Parkman putting his faith in the wrong person. He was just one of many, but I think (I know, harsh) that Parkman got what he deserved for being a Kravid-ite. Then it’s paralleled with Quentin putting his faith in the right person. It’s a little satisfying when characters you’ve been watching for awhile make good decisions. Even though nobody shot Erica Kravid when they had the chance!

Probably the best part of the episode honestly made me feel a little shortchanged. Luke and Joanne’s long-brewing standoff finally came to a head…and then halted rather quickly. Of course, in keeping with the themes of knowing right from wrong, and choosing the right sides, it was pretty clear the Luke chose right and Joanne chose wrong. I knew it was over for her when she set foot in that school, but I’m not sure she did.

That’s what “Company Woman” turned out to be about: choosing sides. Taylor chose against Erica, as did Tommy. Luke and Quentin chose Malina over their own families. Matt Parkman made the wrong choices. The storytelling medium (while still better suited for a binge) was expressive about characters and their journeys and how those choices can affect those journeys. Even so much as “stepping on a butterfly” can have profound affect on an outcome.  But hey, you can’t help but cheer for the people who choose right.

Ultimately, this was a solid penultimate installment. It fit within the world of the show, it made sense, and told a profound story about making choices and choosing sides. While not my favorite show, Heroes Reborn has had some wonderful moments, and I’ll surely miss it (a little) after the finale next week.

What did you guys think? Are you excited for the finale? Let us know in the comments!

Tommy, Luke, and Quentin were all faced with choices in Heroes Reborn’s penultimate episode.