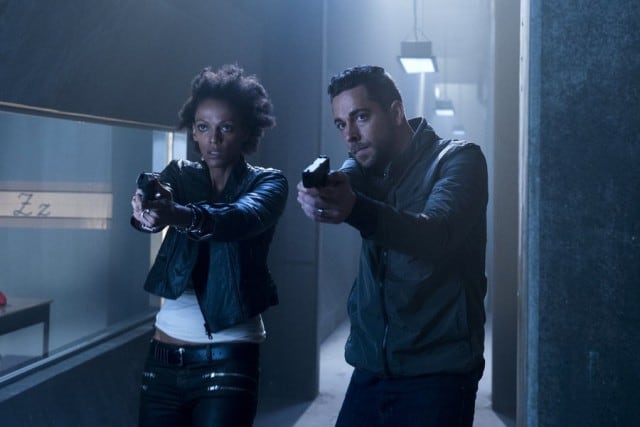 Last night, the NBC’s Heroes Reborn kicked off the second generation of the original Heroes series with a two-hour premiere that was a solid (re-)beginning for the superhero show.

As someone who got into the original Heroes via Netflix binge-watching, it was definitely interesting to see how Tim Kring would be bringing the series back. The two-hour premiere did a solid job in making it possible for new viewers to come into this world, without having previous connections to the old series. However, there were times through the two hours where you could see how some references would be lost on those who weren’t familiar with the first four seasons of Heroes.

New faces like Miko (Kiki Sukezane), Tommy (Robbie Kay), Carlos (Ryan Guzman), and Quentin Frady (Henry Zebrowski) stood out a lot in Heroes Reborn’s premiere as likable and intriguing characters. Tommy fills the role of Peter Petrinelli 2.0., as the Evo whose powers makes him a bit of a wildcard, although, part two of the opener helped resolve one of his major struggles, where he didn’t know where things or people went when he made them disappear. Miko’s arc was definitely the most interesting one, given the fact that she can travel between video game worlds as she seeks to find her father who has been kidnapped.

The terrorist attack in Odessa is what kick-started much of the world’s Evo-hatred, which permeates throughout these first two hours of Heroes Reborn. Two individuals inspired to action by all this Evo-hate are Luke (Zachary Levi) and Joanna Collins (Judi Shekoni), two ruthless vigilantes that are seeking revenge on Evos after losing their son in the Odessa incident. Even though it was a nice change to see Levi playing a baddie, after watching him as Chuck Bartowski for five years, Shekoni’s character was the more memorable the two.

Jack Coleman reprising the role of HRG was, without a doubt, the one who stole the entire two-hour show. As one of the most well-written character on Heroes (even during the weaker seasons), seeing him back behind those glasses and on his quest to find out what really happened to Claire was heartbreaking and intensely entertaining. It was incredibly disappointing seeing the tragic interaction between HRG and The Haitian, who ended up getting accidentally shot before Noah could find out what it was that his friend had made him forget. Although, with a show like Heroes and now Heroes Reborn, dead isn’t always dead.

Overall, the series premiere of Heroes Reborn worked for a lot of reasons, and it’s now up to the remaining 11 episodes to show if Kring’s second incarnation of the series will work in the end. The fact that this is only a 13-episode limited series is what may be the reason why it can work from start to finish. It all depends on what else Kring’s vision has in store for both old and new viewers.

The last minutes of the first hour of last night’s premiere revealed (through Danika Yarosh’s Malina) that something horrible is coming that threatens not just these characters, but the world itself. While I can see some of the weaknesses of the first two episodes, I’m willing to wait and see how it all plays out because the two-hour reintroduction to this world did 100% hooked me.