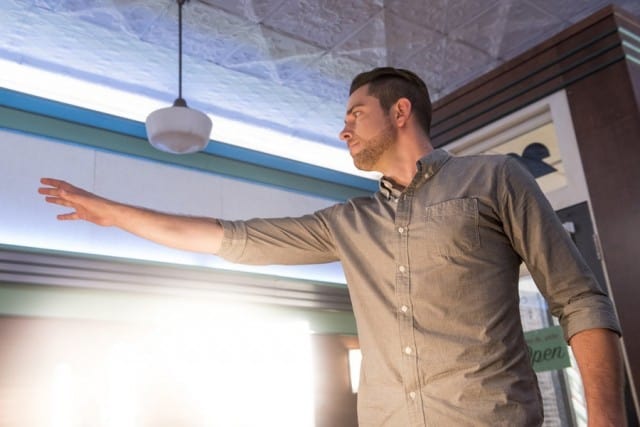 As NBC’s Heroes Reborn is starting to head towards the end of its (possibly only) season, the show delivered one of its weakest installments yet last Thursday, as it tried to make Matt Parkman a villain, while HRG continued to discover the changes caused by his trip to the past.

In the original Heroes series, Matt worked less and less as a character as each season went along, and when we had reached the end of the fourth season, I barely cared for him at all. Maybe it’s the acting or the writing (most likely that) I have a problem with, but on Heroes Reborn, he is now a villain, and that has made the character even worse. It’s just really hard to believe that somewhere after the events of the fourth season, and to where we are now in this limited series, Matt could have taken such a drastically bad turn to the point where he is now controlling Evos on a daily basis at the Sunstone Manor.

One thing that did make me happy was seeing that RenÃ©, aka The Haitian, is now alive in this timeline since HRG changed the past; at least that’s how I understood it, unless he actually never died when getting stabbed in the premiere. Either way, we began to get hints about another original Heroes character, Micah, having been captured by Erica and her company. I was starting to wonder when we would be seeing or at least hearing about him, as he was announced as one of the original characters that would be coming back.

Matt Parkman isn’t the only character that failed at being a villain in “Sundae, Bloody Sunday,” as Joanne went after Emily and Casper, who unfortunately winds up being shot to death.  It was really hard to even care for Luke in the confrontation scene with Joanne, although it was neat seeing Nathan now putting his powers to a greater use. But Nathan’s heroism doesn’t get a good follow-up as Quentin revealed to HRG whose side he is really on now by kidnapping Nathan. Luckily, though, Malina was reunited with Grandpa HRG, so Erica hasn’t won completely.

Overall, this episode was very hard to follow along with as a whole, and characters like Joanne and Matt didn’t make it any easier. The ending, however, with Miko waking up 7957 years in the future got me positively confused, but that was pretty much one of the few things that also grabbed my interest throughout the whole episode. Hopefully, as we start to wrap the season up with only four episodes left and Heroes Reborn‘s fall finale being this week, things will pick up even more and make these last episodes enjoyable.