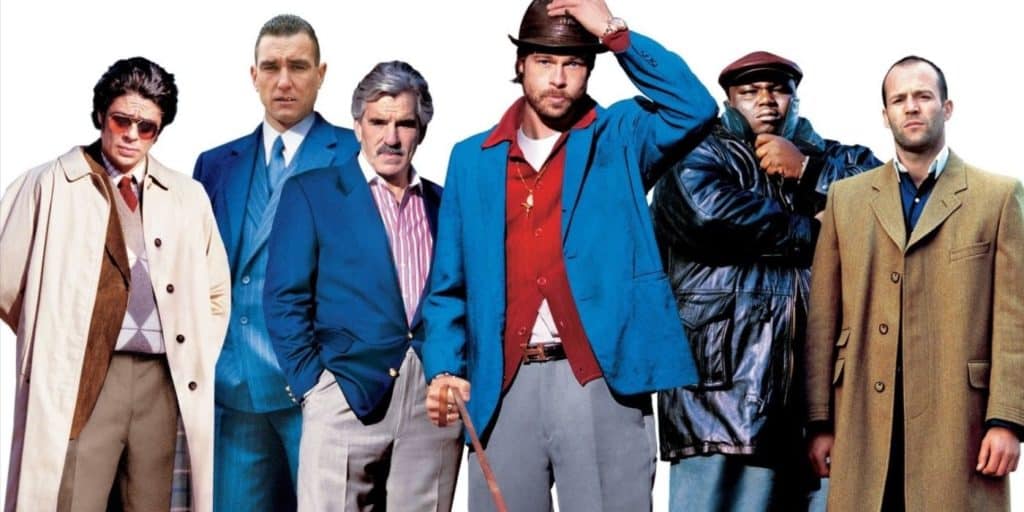 It’s hard to think of Snatch actually getting a sequel to be fair since all but a few of the characters were dead by the time the movie was over. Sol, Vinny, Cousin Avi, Mickey, Turkish, and Tommy were all still alive and kicking, and Tyrone might have still been able to get up and move about. But the other main characters, aside from Doug the Head and a couple of others, were dead and gone. But creating a sequel to Snatch might actually be pretty interesting if the original actors were interested in coming back. Sadly, Dennis Farina, aka Cousin Avi, wouldn’t be making it back since he passed away in 2013, but it’s fair to think that there might be a relation or two that could be drawn up and utilized that might be worth bringing into the movie. With Brick Top out of the way in the first movie, one might think that all the credible threats are gone, but it’s also possible that other gangsters might prove to be a problem and could even think to try and find Mickey to make it known that no one was allowed to just up and kill one of their own, especially gypsies.

The reason for ‘especially gypsies’ is pretty simple since in Snatch it was made clear that people didn’t like gypsies and had little to no respect for them. Of course, once Brick Top decided to show the gypsies that he could get nasty, they responded in kind, and then some. After that, they lit out and took their campsite with them, which was a smart move and good writing since otherwise they would have had to answer for the death of a few men. But with the movie ending shortly after Turkish and Tommy took the main prize of the movie, the diamond that was stolen in the beginning, to Doug the Head, who called Cousin Avi once again, the credits started to roll and that was the end of it.

That leaves a few questions really like what happened to Sol and Vinny, would anything happen to Turkish and Tommy, and was that really the end or is there more story to be told? Vinnie Jones is ready to make a sequel, which is kind of confusing unless he wants in as a different character since his role of Bullet-Tooth Tony was kind of wrecked when Cousin Avi accidentally shot him. That’s insanely funny after learning that Tony took multiple rounds in one encounter and kept coming in the past unless that of course was a bit of a porky pies as the Brits appear to be fond of saying from time to time. As Cousin Avi said, England spawned the language, but apparently, no one speaks it. To be fair, the slang over in the UK is actually kind of amusing but not that hard to understand if one really takes the time to listen. Plus, they do sometimes use words over in that part of the world that a lot of folks over here find offensive, since like it or not, those words are fairly common in their neck of the woods.

But anyway, getting back to the idea of a sequel, it feels as though a second movie might not be entirely possible if certain loose ends are simply forgotten or left alone, but with a bit of clever writing and a few connections that might need to be written in, it’s possible that things could work out. Some might cry foul at revealing new characters, but the point could be made that we didn’t get to meet everyone that might have mattered in the first movie since the scope was fairly narrow and only meandered enough to tell the tale that was meant to be told. After all, the diamond was the main story that was moved forward without fail as the movie went on, while the deal with Mickey became part of another main storyline that didn’t exactly coincide with the first story, but definitely bumped up against it a time or two. Guy Ritchie’s attempt at making two different stories work at the same time while running into each other without needing to intertwine was well done since created a movie that was well-received even if it’s more of a cult classic than anything.

A sequel would definitely need to see the return of several of those that still remain, as it wouldn’t quite feel the same if the audience had to start over with a new cast that needed the same kind of emotional investment that the original cast managed to receive. There’s a good bet that wouldn’t happen since a lot of sequels rarely come close to being as appreciated as the first movie, but it would still be a fun attempt to see all the same.