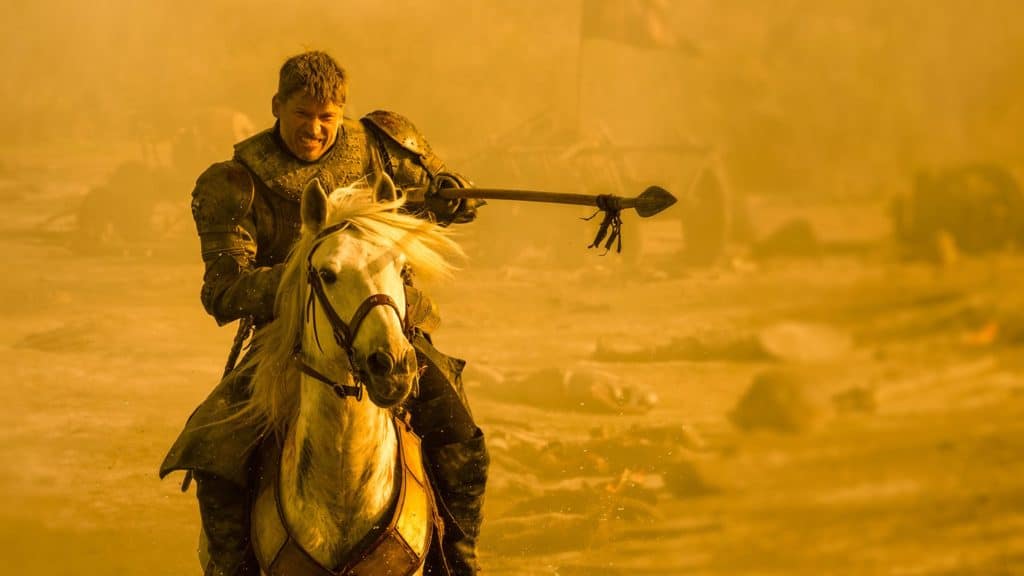 If there’s one thing that happens in a story that annoys the hell out of people, and there are a lot of things to be certain, it’s the fact that plot armor is used and abused when it comes to a LOT of characters. The idea of plot armor is that a character, or characters, can’t and likely won’t suffer the consequences of their actions, or will somehow, someway, survive an encounter or a situation that they have no business living through. Take, for instance, the idea of anyone diving underwater and being able to hold their breath for upward of six minutes or more. Sure, some people might actually be able to do such a thing, but the damage done due to the lack of oxygen would still be a realistic consequence they might face. Plot armor is there to keep key characters tucked up and safe no matter what they do or what they face. Imagine someone facing down a grizzly bear with nothing more than a pocketknife and expecting to survive. There’s no way it would happen, right?

The bear would maul the ill-equipped and ill-fated individual unless there was plot armor in the tale. Don’t get the wrong idea, we’re not talking about a physical suit of armor unless such a thing is what miraculously saves a character. Plot armor is essentially the reason why some characters will survive and others will not. If a character isn’t important to the plot, they likely won’t be surviving. If they are and there’s no way for them to survive an encounter, then something will miraculously happen that will allow them to escape unscathed, or at least in one piece. Take the fact that Han Solo charged straight at a group of stormtroopers in A New Hope, and ended up running into an entire squad. That’s not luck, that’s lazy writing and some seriously thick plot armor that allowed the smuggler to escape without getting flash-fried by a barrage of laser bolts.

Just to be fair, plot armor isn’t always a bad thing, since, in Game of Thrones, there were plenty of moments when plot armor was actually pretty cool. The Battle of the Bastards is a good indication of plot armor, as Jon Snow should have easily died a second time while facing down a heavy charge from mounted fighters. But he was saved, and he even survived the press of bodies that hemmed him in, all so he could finally take down Ramsey Bolton in what was a kind of cool fight, even if Ramsey was kind of a dip for thinking that a man with a shield wouldn’t be able to defend himself before getting within striking distance. But simply put, plot armor can be a good thing since when used correctly and in a manner that fans won’t be scratching their heads at, it can help to save certain characters that have a penchant for getting themselves into trouble time and again. But when used irresponsibly it can create a character that appears untouchable and therefore doesn’t evolve or suffer as their fellow characters do, meaning that they don’t learn much of anything.

A great example of this was Walker: Texas Ranger when Chuck Norris was still starring. People knew that Walker was going to win at the end, no matter how tough the final bad guy was, nor what Walker had to do to eke out a victory. It was always decisive, it was always a Walker victory, and the chance of losing was slim to none. The same could be said for Steven Seagal movies since while his characters did get roughed up on rare occasions, and did take damage now and then, he was still the best fighter in the movie and wouldn’t take a fall unless it was able to look good and make him look tough at the same time. Otherwise, Seagal was the guy that kicked ass and wasn’t worried about taking on a large group of people that might have been skilled enough to take him down. Plot armor is the kind of tool that can be used to great effect, but when used all the time and in situations where it becomes a hindrance, plot armor is akin to a refusal to kill your darlings, as the saying goes.  When writing a book, a screenplay, or pretty much anything that has to do with the characters changing their views, learning, and surviving one encounter or another, plot armor is important, but it’s also a hindrance when it’s used incorrectly. It’s up to each writer to come up with a story that will entertain an audience, but it’s also up to each writer to come up with a story that will be skilled enough to let its characters take their lumps when they need to and be killed off if it becomes necessary. Plot armor isn’t meant to be a security blanket.