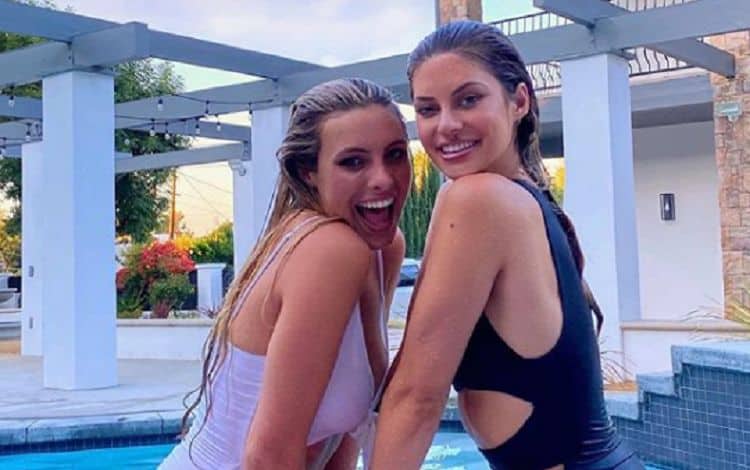 The world is full of people who are working very hard to become internet famous, and Hannah Stocking has many of them beat. She is already internet famous, and she has been for some time. She has a YouTube channel that reaches more than 7 million people who have already subscribed to her channel, and she’s always posting new things for her fans to take part in. She’s got a huge fanbase and following, but the world still wants to know more about the internet sensation and what she’s been up to in her life over the course of her 28 years.

When she’s not online, she’s busy modeling. She’s got an agent and a talent management company, and she does a lot of work for various projects. She’s been in music videos for bands like Blink 182 and G-eazy. She’s been a host at the Grammy Awards alongside E! News as a countdown to the red carpet correspondent. She’s done a lot with her career in the many years she’s been working.

She was born in Los Angeles, and she spent a great deal of her childhood living there before coming back as an adult. She lived with her mother, her father, and her sister. What’s interesting is that Stocking is not her full last name. She’s got a hyphenated birth name. She’s Hannah Stocking-Siagkris.

3. She Left LA for Some Time

When she was in high school, she and her family no longer lived in California. They’d moved to Oregon, where she went to Ashland High School. She graduated from high school here, but she didn’t stick around after that. She knew she wanted to go back to California, so she did.

When she got back to California, she went to college. She attended the Dominican University of California. She chose to study a variety of different things. She studied biology and chemistry, which often go hand in hand. However, she also played volleyball while she was in college, which is a fun sport to take part in when you’re learning to further your education.

Well, she’s been online longer than this, but this is when she did her first Vine video and began to see a little fame. She was posting about how guys and girls react to one another and the differences between them, and it seemed people enjoyed listening to her and hearing what she had to say.

6. She Just Bought a House

Many people are excited for the 28-year-old internet sensation because she just bought a new home in 2020. She bought a $2.3 million dollar house in Tarzana, which is a great place to live. She bought a house that has more than 5,800-square-feet, and a lot of bedrooms and bathrooms for her and a future family to occupy.

We mentioned that she studied both chemistry and Biology, but did we mention she has a degree in both? She’s got dual Bachelor’s, and that tells us just how smart she really is. She’s got one in chemistry and one in biology and most people are struggling to just get one or the other.

8. She’s Got a Huge Following

We mean huge. She’s not a mainstream movie star or musical celebrity, so her following astounds so many people. Aside from her 7.4 million YouTube subscribers, she also has more than 18 million followers on Instagram. That’s more than many celebrities have on Instagram.

What people love about her is her sense of humor. She’s got a great one, and she is not afraid to share that with the world. She is always making us laugh when we watch her videos, and that is part of the charm she offers to her followers. It’s not easy to be famous if you’re not very likable, right?

10. She Has Great Shower Advice

When she has no energy and she cannot get it together, she does this. She gets into the shower and stands in the exceptionally hot water for one full minute. Then she changes the water temp to freezing. Then she stands in the water for a full minute until she’s awake, alive, and ready to take on the day. It’s a way she picks herself up when she’s not feeling it otherwise. We love this. It’s stellar advice for anyone, and we are all about taking it.