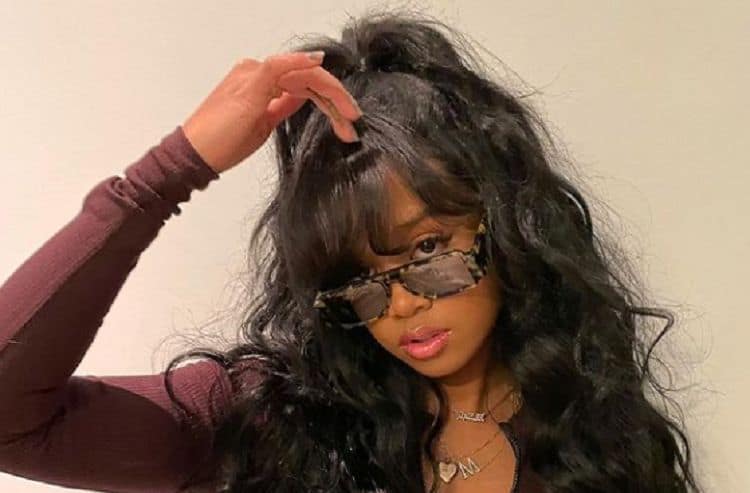 The last few years of H.E.R.’s career have been nothing short of a whirlwind. Born Gabriella Wilson, she adopted the stage name H.E.R. which stands for Having Everything Revealed. The name turned out to be incredibly fitting. When she first arrived on the scene, there wasn’t much information about her identity. In fact, she didn’t even reveal her face until after her first mixtape, H.E.R. Volume 1, had already been released. These days, however, people all over the world know exactly who she is and the opportunities just keep pouring in. She recently performed alongside fellow R&B powerhouse Jazmine Sullivan at the 2021 Super Bowl.  With each new song and every performance, H.E.R. moves closer and closer to establishing herself as one of the best to ever do it. Keep reading to learn 10 things you didn’t know about H.E.R.

1. Her Father Is Also A Musician

Music has been a part of H.E.R.’s life for as long as she can remember. H.E.R.’s father is also a musician and spent years playing in a band as a hobby. When she showed an interest in music at a young age, her father fostered that interest and even gave her the opportunity to sing with his band.

2. She Has Asian Ancestry

H.E.R. comes from a very diverse background. Although many people may assume that she is entirely Black, she is actually biracial. She was born in California to a Black father and a Filipino mother. H.E.R. is very in touch with both cultures and they have each played an important role in who she is.

3. She Would Love To Work With Stevie Wonder

4. She’s Been In The Industry Longer Than People Realize

H.E.R.’s career began long before she even though about releasing her debut mixtape in 2016. She has actually been performing since she was in elementary school and her talents resulted in many people thinking of her as a child prodigy. When she was just 10-years-old, she performed a cover of Alicia Keys’ “If I Ain’t Got You” on The Today Show. When she was 14-years-old, she signed her first record deal and released a single under her real name.

In addition to singing, H.E.R. is well-known for her skills on the guitar, but that isn’t the only instrument she plays. She also knows how to play the piano, bass, and the drums. With the ability to play so many different things, H.E.R. could essentially be a one woman band.

6. She Likes Her Anonymity

One of the things everyone always notices is about H.E.R. is that she’s never seen in officially public appearances without her sunglasses. H.E.R. has always liked to keep the focus on her music and not her as an individual, and the sunglasses have helped her maintain some anonymity. On the flip side, however, she ditches the sun glasses when she wants to go out and public and not be noticed.

7. Lauryn Hill Is One Of Her Biggest Inspirations

H.E.R.’s sound has often been compared to Lauryn Hill’s, and that’s something she will always take as a compliment. H.E.R. is a big fan of Hill’s and has considered her an inspiration for many years. She told Elle, “Huge inspiration. Lauryn is incredible. I mean, that album [The Miseducation of Lauryn Hill] is timeless: the musicality of the album, everything about Lauryn and how fearless and honest she was in her writing. I feel like she has given me that fearlessness and made it okay for me to be honest in my records and really empower women. It’s a beautiful thing.”

Before she got into song writing, H.E.R. was a poet. When H.E.R. was just 8-years-old, she became a published author with the release of a collection of poems called Anything on Earth Poems. Unfortunately, there are no copies of the book available for sale online.

9. She Doesn’t Sing In The Shower

H.E.R. has become well-known for her Fender guitar, so much so that she now has her own guitar with the brand. Musicians can now purchase their very own H.E.R. Stratocaster. However, having the guitar made in H.E.R.’s honor is going to cost you. The current price is around $1,200.