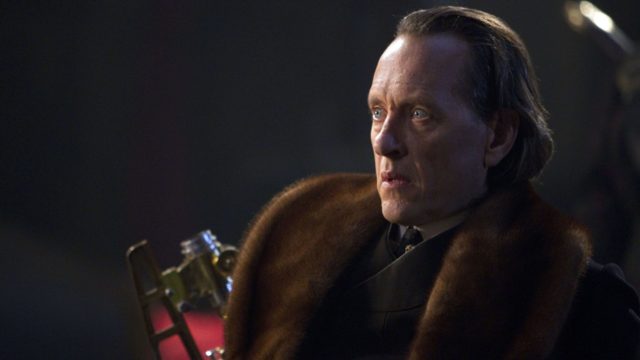 The first time I saw Richard E. Grant was during a very late night viewing of a movie by the name of Warlock from 1989.    Grant had a starring role as Giles Redferne where he would take on the male witch who was played by Julian Sands.   The movie wasn’t even remotely good but I’ve always liked Julian Sands so I watched the film.  For whatever reason Grant left an impression on me and the funny thing is that after I saw that movie (which must have been in the late 90s) I keep seeing this guy’s face pop up.

He had a small part in the movie The Player, then I saw him in Pret a Porter, and I would keep seeing his face on television.  He was even in the show Girls and also signed on to do some work in Game of Thrones as Izembaro.  All in all Grant has 117 credits to his name and he’s one of those guys who’s good in everything he’s in.  I’m not sure he’s the most memorable actor out there but he gets the job done and I wish more people knew his name.

He also played Dr. Rice in Logan and has two more films in production.  At the age of 60 he shows no signs of slowing down and I say he’ll get to at least 150 credits when all is said and done.  Here’s a clip of him in an interview.