Home
Movies
Guardians of the Galaxy (MCU) vs. The Suicide Squad: Who Wins? 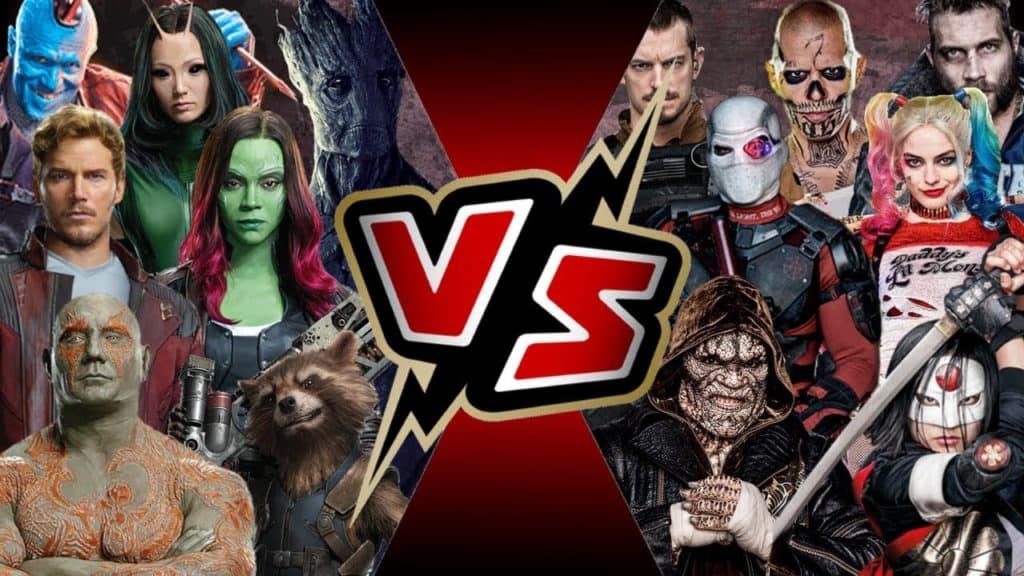 When talking about fictional characters and who would be able to take on who, it feels that there are times when the matter would come down to who’s writing the story and whose biases would be on display since the power levels and skills of each character and team tend to vary quite a bit. In this instance, pitting the Guardians of the Galaxy against the Suicide Squad kind of indicates that the numbers game would work against the Guardians, as would the fact that the Squad has a couple of other things working in their favor. For one, they’re villains, and thus they’re used to doing whatever it takes to win and survive. The second is that while both teams are uniquely skilled and fully capable of doing a fair amount of damage, the Squad simply has more diversity when it comes to the abilities and powers of its members. Being a big Marvel fan, it’s not hard to come up with an explanation of why this wouldn’t be an easy fight, but it’s necessary to admit that more than a few times out of ten, the Squad would probably take this one.

There are members of the Squad that aren’t all that great since they all have their specialty, but there are those that wouldn’t be able to stand up to the Guardians. However, the more powerful and skilled members would undoubtedly give the Guardians a good run, but they would likely defeat them at some point. The MCU version of the GoTG is what’s going to be used to determine this fight, as are the cinematic versions of the Squad. As far as street-level characters go, Captain Boomerang would likely find himself hard-pressed to take on any of the Guardians, since his boomerangs are impressive, but if they’re all he has, then Quill or Rocket could neutralize him quickly, and as long-range weapons go, I’d take Yondu’s arrow over the boomerangs any day, especially since once his arrow is in flight, Yondu can control where it goes.

But Deadshot and Bloodsport would likely make quick work of Quill and possibly Yondu, who are great marksmen but aren’t nearly as good as Deadshot. Rocket might last a little longer since he’s far more mobile and is skilled when it comes to setting traps that might help with the Squad. But this is assuming that there’s any prep time, and this type of fight indicates that there wouldn’t be much, if any, meaning Rocket would have to think on the fly, which isn’t that big of a problem but could hamper his abilities just a bit. Taking things a little further we would need to address the powerhouses, meaning Drax, Groot, Killer Croc, and King Shark. King Shark would stomp the MCU version of Drax since, despite his durability, he was kind of turned into a joke when the MCU version came along. The comic book version of Drax has always been insanely tough, but ever since Disney toned down a lot of their heroes and their powers, things have been vastly different. If there’s one thing that DC is doing right, it’s that they’re not limiting their characters as much.

But while Drax might get stomped, Groot would be a different matter. It’s fair to think that Groot could stomp either King Shark or Killer Croc, but again, this is where numbers come in since there’s no telling what people would want to see and how many different powerhouses would be on the team together. Groot would be a nightmare for a lot of the Squad to deal with since while his durability isn’t at top-tier levels, his regeneration and his ability to form his body to suit his needs is insane and would give a lot of the Squad a good number of problems. Getting down to fighting hand to hand there are a lot of people who don’t think that Gamora would stand up to some of the more skilled fighters of the Squad, which is kind of funny since she’s been listed as the deadliest woman in the galaxy, even if she’s not that much about street-level. In a fight though, Gamora should be able to run through the Squad without that much trouble, and possibly only find a bit of difficulty when it comes to characters such as Killer Croc and Diablo, who she doesn’t really have an answer for given their power sets.

At the end of the day there would only be a few individuals left standing when all was said and done in a fight like this, and Gamora would likely be one of them. Groot might survive, Deadshot would certainly do his best, and the final fight would come down to a very reduced number of Squad members and a couple of Guardians that didn’t succumb after a long, drawn-out scuffle. But in the end, the Suicide Squad would likely win this one.