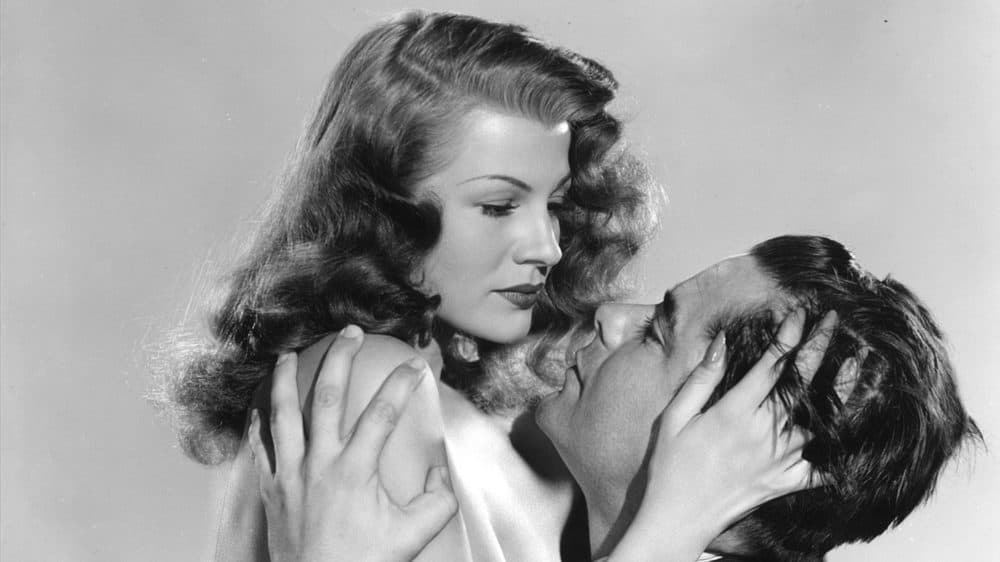 Rita Hayworth, born Margarita Carmen Cansino, was among the elite during her day back in the 1940’s. As far as stars go she was considered to be one of the best, but she was also at times one of the most controversial considering that she not only was highly provocative in her acting, but she had issues when it came to wanting to pick her roles as well. Back then actors weren’t always allowed to pick what what they wanted to do and had to go by what was in their contract. Rita got into a spot of trouble with Columbia Pictures a time or two over disputes on whether or not she needed to report to a set and over her contract. But throughout it all she continued to act and dance, even though she did express a lack of desire for the latter.

In fact the only reason she became so good at dancing was that her father insisted and she didn’t have the heart to tell him that she didn’t want to. By the time she was grown and running her own life however the situation had come about that directors and producers knew how well she could dance and didn’t want to waste the talent. Fred Astaire actually was heard to say that she was his favorite dance partner ever, so hearing that she didn’t care to do it makes one think of how she got through each and every scene in which she had tap her feet and sway to the music.

And on that note, here are some of the best films that Rita Hayworth appeared in during her run.

This story could be called confusing and convoluted but in truth it’s kind of a nice tale about various people living very different lives and how this one topcoat comes into and then flits out of them as though it’s a leaf on the wind. Rita’s part in this has to do with an amorous lover seeking to rekindle a relationship with her. Unfortunately she’s married and when her husband catches them together he offers to show the man his gun collection. When he shoots the would be lover the man leaves the house, wounded and in need of a hospital. From that point the man’s driver comes into possession of the coat and the garment’s travels continue.

4. The Lady from Shanghai

A complex murder plot is usually a great story since it keeps people guessing from beginning to end and even making assumptions that have to be rearranged somewhere in the middle of the movie if not at the end. In this particular film Rita plays the devious character of Elsa, who’s been planning the murder of her husband along with his friend. Unfortunately when another person finds out about it she has to kill her co-conspirator and then attempt to frame the crime on Michael, the seaman that helped her out in the beginning of the movie. When push comes to shove though it’s Michael that walks away, hoping he can forget about her.

While this movie is mostly about Frank Sinatra’s character it does feature Rita as what you might call the antagonist. Her manner in this movie is somewhat harsh and very possessive as she attempts to rule Joey through his night club and the promise that she’ll keep it open so long as he fires the woman that he’s beginning to develop feelings for. When he refuses she threatens to close down his club, but the other woman quits instead so that he can realize his dream.

2. Only Angels Have Wings

She has a rather minor role in this film but it’s still a movie that a lot of people will remember as having her in it since it was that great. For the most part it’s about the valor and the bravery that pilots showed while making air mail runs during this time period. This is the kind of movie that many people of this time period simply don’t understand since air mail is almost a thing of the past unless one is talking about package deliveries. Even then it’s hard to fathom for some since the idea of anything being difficult to ship at this point is not a consideration that many people worry over.

A whirlwind romance in a teenage movie has nothing on this film as Gilda and Johnny seem to go back and forth with their mutual hatred and torture one another relentlessly in an effort to get under each other’s skin. When Gilda’s husband fakes his own death and then comes back to get revenge on them both however it becomes evident that Gilda and Johnny really do care about each other and by the end of the film they reconcile.

She was great in her time, and that’s all that needs to be said.