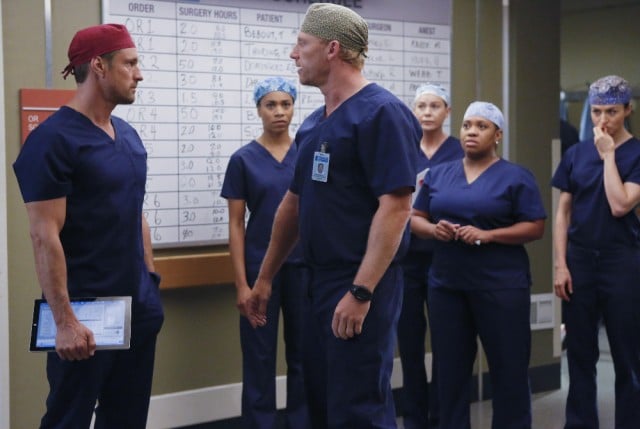 It’s tough to be the new kid on the block at Grey Sloan Memorial. Many of the doctors on Grey’s Anatomy have learned this over the years, but the difference between them and the new newbies is simple; everyone already hates Penny and are getting there with Riggs.

Meredith, Jo, and Penny work to take care of a longtime patient this week who has been waiting for a kidney transplant. The entire procedure is put at risk when the team discovers their patient has a giant brain tumor. Not wanting to lose the holy grail of kidney transplants, Jo comes up with the idea of doing a skull transplant to excise the tumor and pull off two incredible surgeries at the same time.

Meredith and Penny are still struggling to get their bearings long enough to figure out a working co-existence. Meredith thinks that their working order is fine. Callie crosses several lines trying to help because she thinks Penny is being treated unfairly. Penny doesn’t appreciate Callie’s interference, but she does finally stand up for herself. This move works in her favor, except that Penny makes an enemy out of Jo in the process since Jo is pushed aside from the case she’s worked years on.

Unbeknownst to Maggie, Bailey has hired a new cardio surgeon for the hospital. Dr. Riggs, who we met in the last episode, doesn’t make the greatest first impression. Maggie sees him as a problem, and Hunt has a small PTSD flashback as a result of Riggs’ mere presence. Riggs has an ego, which being a cardio surgeon in a combat zone he has earned. Hunt sees Bailey praising the new guy and flies off the handle. He tells Bailey that she should not have hired him before storming off. Remembering her promise to Cristina to look after Owen, Meredith checks on her friend. She doesn’t ask what happened, she just asks “Do we hate him?” Just like that, Dr. Riggs has no friends here.

As if Bailey wasn’t stressed enough at work, she wants to be able to value her time at home with her husband. She can’t exactly do that when Jackson is still crashing on her couch. She demands that Ben kick Jackson out, but he loses his nerve when he finds out Jackson and April are going to dinner to talk about their divorce. Ben does eventually work up his nerve to kick Jackson out, while Jackson loses his nerve, and all of his clothes, to April.

The strange combination of Riggs’ presence and the lingering awkwardness between Amelia and Stephanie culminates in a conversation between Amelia and Maggie about racial discrimination and bias in the workplace. Amelia has never thought of herself as that kind of person, but Maggie tells her it’s never been an issue for her because she’s never felt it. Maggie has, it exists, and unfortunately, it’s not going away easily. The best piece of advice Maggie can give Amelia is to just be aware.

Elsewhere in the episode, Alex has to teach the residents about appropriate boundaries with their patients and their families. Consider how ironic this is since Alex once had no boundaries or limits. Meredith has to be the one to break the news that over the years he’s been subtly trained. Truly, he has been so well-trained that he’s no longer up to being Arizona’s wingman. That title, remarkably, is now going to Webber. 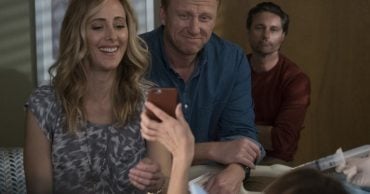 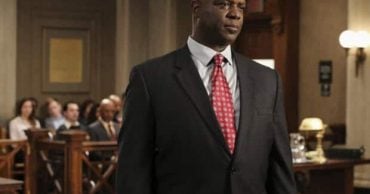 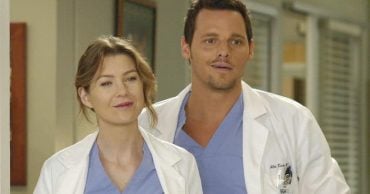 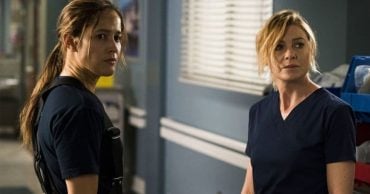 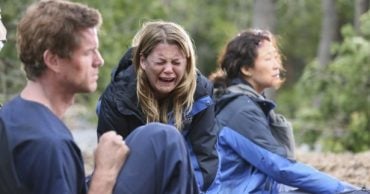