Home
Video Games
God of War Ragnarok: Predictions And Breaking Down The Trailer 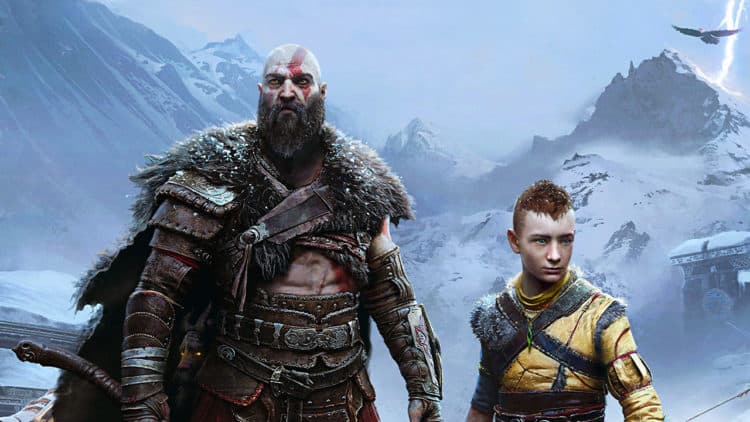 Are you Playstation owners as excited for God of War Ragnarok as I am? I certainly think you guys are, because the last one was phenomenal. From the gameplay, to the introduction of Arteus, to the new environment of Norse mythology, and just the overall characterization of Kratos was all top notch stuff that was worth the eight year wait. But the open-world setting of that game was just a dip in the water of the God of War version of Norse mythology. How many times did the game mention the OG gods in Norse mythology?

If you’re not into mythology and just watch the Marvel movies, you’ll know exactly who I’m referring to. There’s Odin, the one-eyed leader of the Norse gods of Asgard, then Tyr, the Norse god of war, and more on him later, and who can forget about the main man Thor, the Norse god of thunder? But wait, how come this Thor doesn’t look like the blonde and insanely ripped Chris Hemsworth from the Marvel Cinematic Universe? Well, that’s because God of War is choosing to stay faithful to the true image of Thor from Norse mythology. In the real legend of Thor, he is described as a very big, very beefy guy with a bushy red beard and a very big belly. He’s also not very bright, as he actually lost his hammer Mjolnir to a giant because he was sleeping.

Yes, folks, that is the true legend of Thor, the god of thunder. He is hardly a super ripped handsome superhero who fights with other heroes. I’m glad God of War is staying true to the myth, just like they did in the previous games. But of course, they have every right to add their own little twist on things, but more on that later. And if you’ve played the last God of War, you might’ve remembered that little cameo that Thor made in the end. Apparently that wasn’t actually happening, but we know that an epic showdown between Thor and Kratos is inevitable.

I don’t have to say that that is going to be one awesome boss fight. And on top of that, Thor will be voiced by Ryan Hurst. The Walking Dead and Sons of Anarchy anyone? That alone gets me hyped for God of War Ragnarok, but that only scratches the surface. We know that Kratos and Arteus killed his two sons Magni and Modi, so Thor is out for revenge. And if Thor is going after Kratos and Arteus, you can bet that the all-father Odin won’t be far behind. He was mentioned a lot in the last game, but what about the new trailer? That’s right, you Playstation owners probably checked out that Playstation showcase just to see if they would reveal anything for God of War Ragnarok. I know I did, and what I saw was glorious.

As expected, we saw Thor, a vengeful Freya hunting Kratos and Artreus, and a surprise appearance from Tyr, the Norse god of war. That will be fun to see in the game, since apparently Tyr is an honorable god. He’ll be a fun ally to fight alongside with, but I’m excited to see who we’ll be fighting against. We got to see Kratos and Arteus take on some kind of frog humanoid creatures spitting acid, more flying dark elves, and even warriors from Asgard sent down to combat Kratos. It all looks like some cool stuff, but I’m still very curious about certain things.

For starters, I want to know what other legends from Norse mythology we’ll be interacting with. How about we discuss where the last God of War left off? Artreus discovered his true identity and now he wishes to learn more about it. Spoiler alert: his real name that his mother gave him is Loki. Okay, talk about a twist. Where does that leave these characters? Well, it looks like the main plot of God of War Ragnarok will center Artreus wanting to look for answers while Kratos reluctantly leads him. This young demigod is meant to be the Norse god of mischief and is actually responsible for bringing about Ragnarok. He does this by recruiting his three children, the giant wolf Fenrir, ruler of the underworld Hel, and the world serpent Jormungandr.

The only thing that’s confusing is from the last God of War. We’ve only seen one of Loki’s three children and that’s the world serpent. In Norse mythology, the world serpent is destined to slay Thor. Will we see that in God of War Ragnarok? It’s possible, but even if Thor fights Kratos, I have a strong feeling the world serpent will get involved. And given the amount of bizarre monsters that are in Norse mythology, I’m very anxious to see Kratos fight them. For me, I really want to have that boss battle with Fenrir the wolf. And if we’re going back to the Norse underworld, we’ll probably encounter Hel herself. That will make for an awesome boss battle similar to Hades from God of War 3.

And since we’re on the subject of Loki’s children, who did he have them with? Well, if you watched the God of War Ragnarok trailer in full, you probably caught that unexpected appearance in the very end. Who was that little girl? Well, it turns out she is the jotunn (or giant) Angrboda. In Norse mythology, she is the mate of Loki and the other parent to those three very grotesque monsters. That was a very interesting reveal. Does that mean Artreus will have a lover in the game? It’s very possible, but I think their other two monster children already exist in God of War. Still, it will be very interesting to see these characters interact and it also means another ally for our two heroes.

Any other idea for what’s in store for us, God of War fans? What other things did you guys catch from the trailer? We’re definitely going to fight some monsters, but I also want to see more Norse gods. Will we encounter Heimdall, the watchful guardian of the Bifrost rainbow bridge? How about Frey, the god of fertility and also the brother of Freya. Since she’s on the warpath, I have a strong feeling we’ll be seeing her more level-headed brother. Perhaps another ally in their quest? There are several more gods to pick from, but no matter who they pick, I’m just hoping for some epic boss battles. And no, I honestly don’t expect to fight Odin just yet.

What are your thoughts, God of War fans? Will you guys now get a Playstation 5 just to get God of War Ragnarok? Honestly, I’m considering it, but we have time. I’m very excited for this game and I’m tempted to revisit the last one.