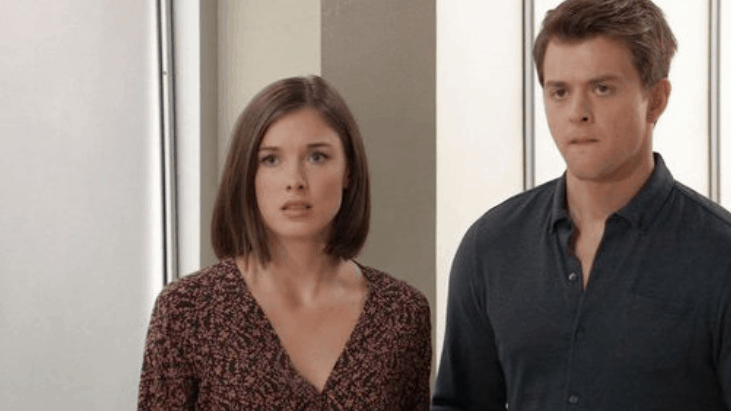 General Hospital fans know that Peter needs help. He’s got so much going on in his life these days, and all we want to do is make sure that things turn out for the best for him. He does need some help and something that works in his favor, but we cannot figure out how to make sure he gets the help he needs. It’s a thing we cannot ignore, but it’s also a thing we cannot predict. He’s a man who need some help, but we can’t decide how much help is what he needs. Mac is willing to help, but we aren’t entirely sure that Peter was honest with him. We know he has a history of being dishonest when it suits him best, and that’s a situation some of the people in his life are unable to ignore when he comes to them with a story, a situation, or a request. Is he being honest this time?

Laura is not happy about more than a few things, and she’s looking for a good excuse to share her point of view about things. She’s got a lot on her plate, and that will not stop her from making sure she can share how she feels and get her opinion out there in some manner. She’s happy to share her feelings and her point of view, and that might prove to be a bit of a problem for some of the people in her life. Will she get it together enough to make it through this? Or, will she end up making more enemies and figuring things out the hard way? She’s always in the middle of something that makes her miserable, and this might just be one of those moments in her life. But, we could be wrong.

Happy Birthday to our favorite villain.

"But Shiloh, I can kill. And you're right, I don't wanna wait. I don't wanna plan it. I just want to do it and get it done!" #GH pic.twitter.com/WXF4C4yTxa

This is going to prove to be an interesting day as we all get to see a new face in the town of Port Charles. The fact of the matter is that Michelle Stafford has been playing Nina for so long now that we don’t know how to see her as anyone else. But, she’s taken her role back to Young and the Restless to play Phyllis again, which is one of her previous roles. She’s gone, and there is a new face taking over her role today. The new actress is Cynthia Watros, and she’s going to be the woman you see around here from now on. And, today is her first day. Then there is the fact that we get to see that Joss is unsettled. Her life is not good these days, and she’s not sure how to get back to the way she was living her life on a better level. She’s upset, she’s sad, and she’s trying so hard to move on.

On the flip side, Robert is also upset. His upset is happening for a different reason, but we wonder if he will share that with anyone or if he will just let them all figure things out on their own. Will his situation improve, or will he end up making some poor choices? Is there another reason we might see Maxie and Lulu together again? She might just have the answers that everyone is looking for as she gets a lead as to where he might be hiding out, and we think she will share this information with her sometimes friend.