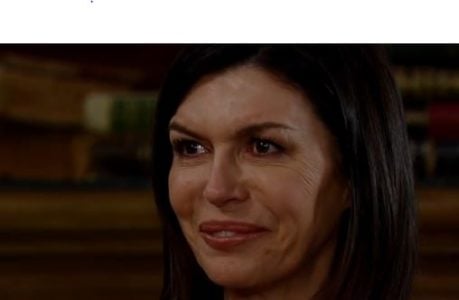 General Hospital fans know that Alex has been posing as Anna, and it looks like her friends and family will learn it hasn’t been her in Port Charles for a few weeks. Jason is going to find out soon from Griffin that Alex has been here and pretending to be Anna. He’s going to be shocked about the entire thing, and they will decide there was a good reason that Alex would do something like that. They need to figure out why she was so desperate to come to town and become her sister, and they want to do a little investigative work about it. It won’t take them long at all to realize she spent a lot of time with Valentin, and they’ll have someplace to start. Of course, Jason is already looking into the Chimera Project, but he has no idea that’s what Alex wants with Valentin or that his own son is the one who has the answers to everything they need.

It won’t be a very good day when they begin their investigation, but it might be what finally brings Valentin around to helping Anna. He will finally begin to believe the story she will spin to him about her twin sister and the entire situation. He will be floored he was so easily tricked, but he will eventually come around and want to help with whatever is going to happen. They’ll end up with help from Griffin and Jason, but they will not know it’s Jake who has the toxin. Will they find it in time?

Valentin is unhappy about the end of his marriage to Nina thanks to Alex, and he’s not willing to help Anna right away. When he comes around, will it be too late for him or will he be able to do it himself? We don’t know what might happen for them, but we do know he will eventually help her. That means they have a chance at figuring out what’s going on. Is this going to be the way they find the answers they need to save everyone at the Ball?