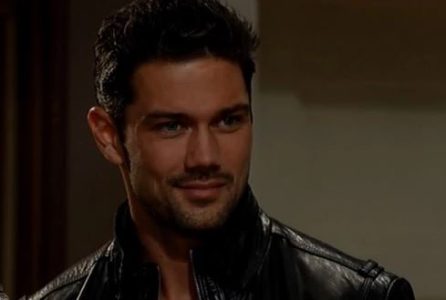 And he has to deal with the Man Landers situation. And he has to deal with Amy and her emotional drama. He’s created a mess for himself that he can’t seem to get out of right now, and today he’s under fire for more than one thing. He’s not done a great job of handling his life in the past few months, and it’s coming back to haunt him at this moment in time.

And that’s going to be rough on him today. But we hear that his wife has an announcement to make and we suspect it’s a bundle of joy. And we think that there is a chance there is more to this than we realize. Perhaps she is pregnant, perhaps she is not. Perhaps there is nothing going on that doesn’t make sense right now, but we know that he’s under fire and he has to deal with that today of all days.