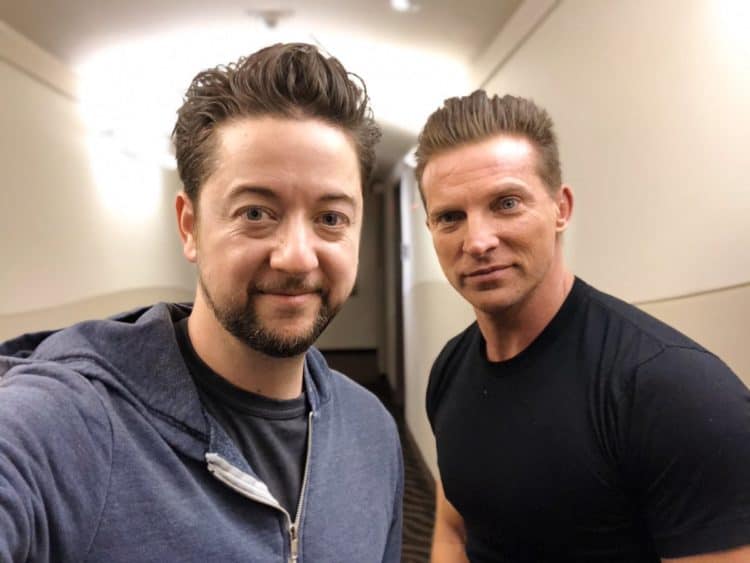 General Hospital fans always expect to see a new face or an old face or a face that’s new but goes by an old name around here. It’s how soaps work. We have recently learned that the amazing Bradford Anderson is about to make his appearance in Port Charles, and we thought you might want to get to know more about him before it’s his turn to grace the screen with his many talents and the role he’s taking on. You know him as Damian Spinelli, and that’s because he’s amazing in the role. Well, guess what? He’s back, and he’s probably better than ever. Let’s get to know more about the talented actor.

His Mom Encouraged His Career Path

Growing up in New Hampshire, his mother was a big local theater buff. In fact, she worked for the local theaters, and she was the one who encouraged her kids to develop a love of the theater as well. She did all she could to get both him and his sister into the acting industry, which we would say has worked out well for him and for his family. He didn’t get any work until he was 6, but hew as cast as Tiny Tim in “Ae Christmas Carol” at that age. It was just the start for this talented actor, too.

He’s A Married Man with Some Kids

Sorry, ladies, but he’s not on the market if you were interested in what this actor has to offer. He’s a married man, and he has two adorable little girls to go along with his wife. He married Keira Mickiewicz a decade ago in 2010. They welcomed their first daughter in 2011, about a year and a half after their wedding. Their second daughter was born in 2014. They are happily raising their babies, staying out of the spotlight, and living their best lives as quietly and privately as possible. It is how they like to keep their lives, and that is a definite goal for everyone. They like to keep things as private as possible, which is why you don’t know much about him. He’s not into being on the news, in the paper, or gossiped about anywhere else. He is someone who chooses to live in the public eye, but he maintains as much privacy as he can, which is not easy. We are impressed with his ability to stay true to himself and his family, and all while he’s keeping his life on the down low. If you know, you know, but most of us just don’t know when it comes to this family.

He’s Not As Youthful As he Appears

Now, we aren’t saying he’s old. He’s not. He is 40, which is basically the new 25. However, looking at Bradford Anderson would lead you to believe he’s all of 17. He’s so youthful looking, and we want to know what he’s using, how he’s doing it, and what his secrets are. He looks younger than some of the youngest kids on the show, and that’s quite the feat. Now, we are also wondering where the major skincare companies are when they are looking for someone to promote their products. Perhaps it is his youthful smile or his playful haircut, but the last thing you would expect of him is that he’s into his fourth decade with two kids and a wife.

He’s Emmy Nominated for This Role

He might not have won any of the Emmys he’s been nominated for, but he’s been living it up with the nominations for many years. He originated the role of Spinelli back in 2006, and he spent a few years on the soap nonstop. He took a recurring status at one point, and he comes and goes as he pleases since. However, he did end up with a grand total of five Emmy nominations for this role from 2009 to 2014, which means 2011 was the only year he did not get a nomination in the category of “Outstanding Supporting Actor in a Drama Series,” for the role. He didn’t win, but he was nominated, and that is a big deal. We don’t care if you disagree.