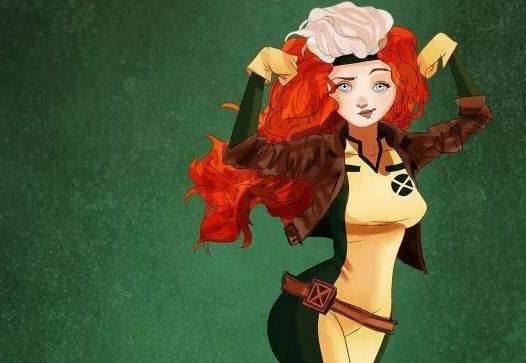 Ever wonder if the Disney Princesses get dressed up for Halloween? Well you’re in luck because apparently the answer is yes, and the look is just awesome. The princesses have been done up for a long list of looks but their Halloween costumes are simple mesmerizing and spectacular all at once. 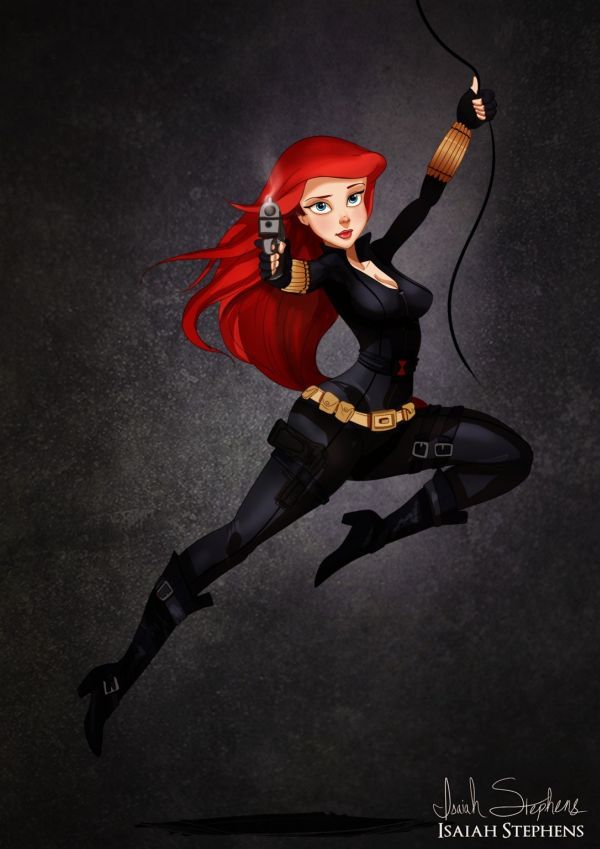 I would have figured something a little less confrontational for Ariel, but it’s a good look and it kind of highlights her more daring spirit. She was the rascal of the bunch after all that didn’t like doing what she was told. 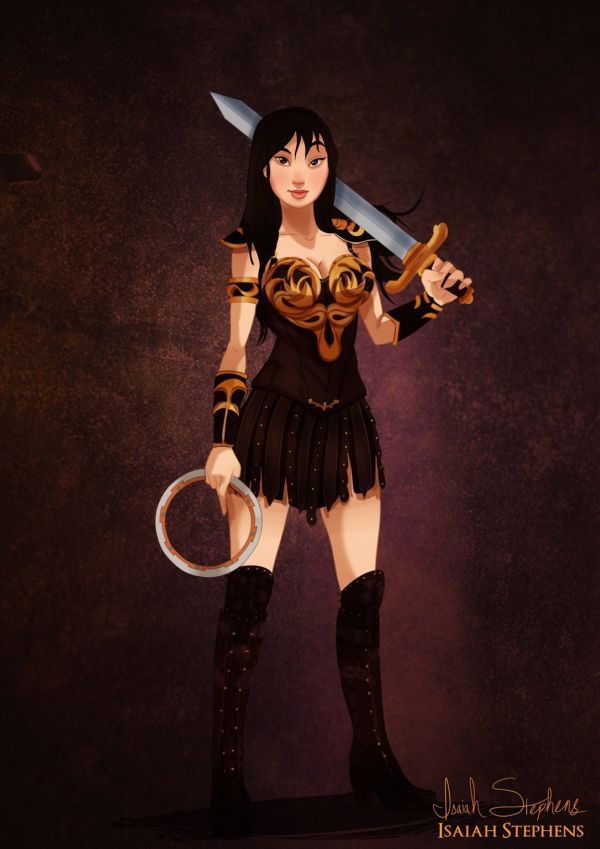 This is a perfect fit since Mulan and Xena are both warriors that have a lot of heart and even more grit when it comes to getting down and dirty. They both like to compete with the men and aren’t afraid of anything. 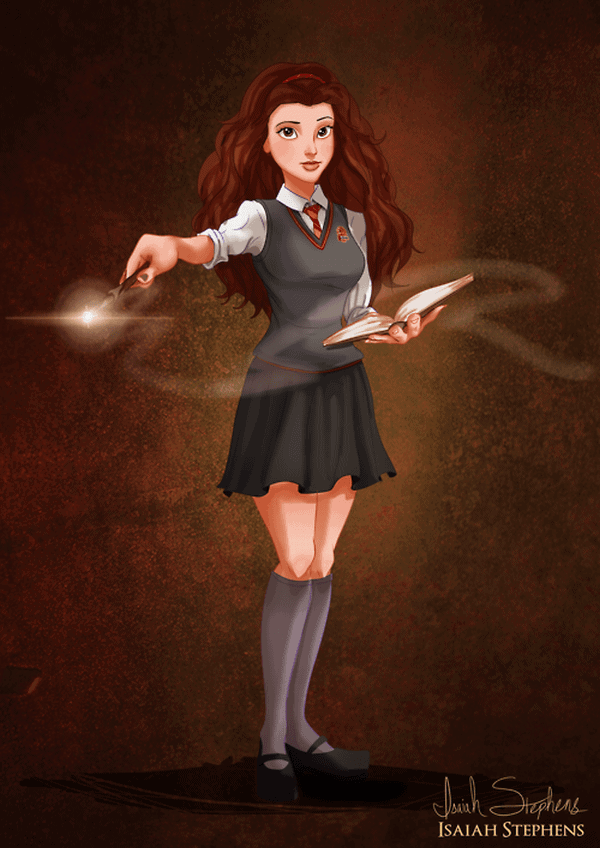 This could not be any more perfect. Hermione and Belle have so much in common that it’s not much of a wonder why Emma Watson was the ideal young woman to play both. This was a clever little ploy that the artist probably grinned over when the picture came together. 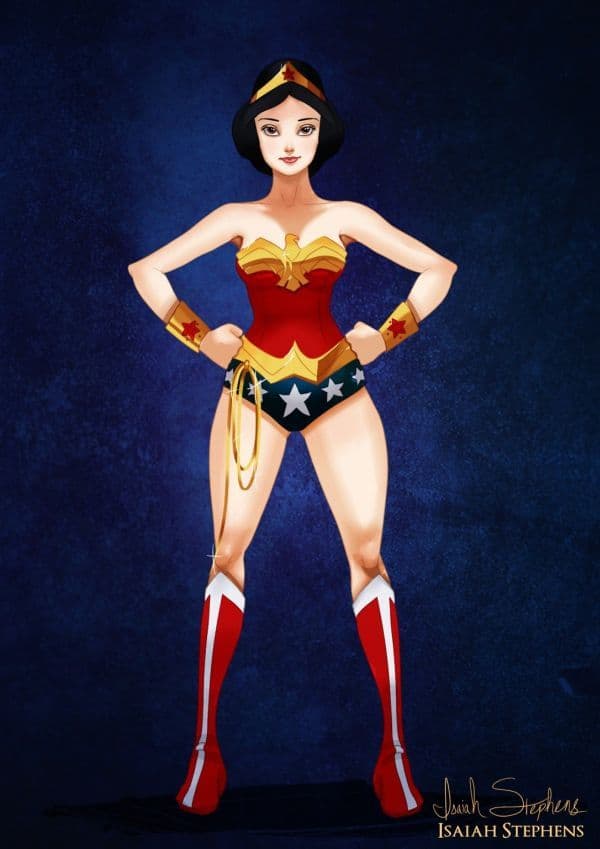 Somehow this works despite the fact that Snow White was a lot more soft-spoken and Wonder Woman has always been a confident, very outspoken person. Fortunately the look and the persona of both women seems to mesh in a way that wasn’t entirely expected. 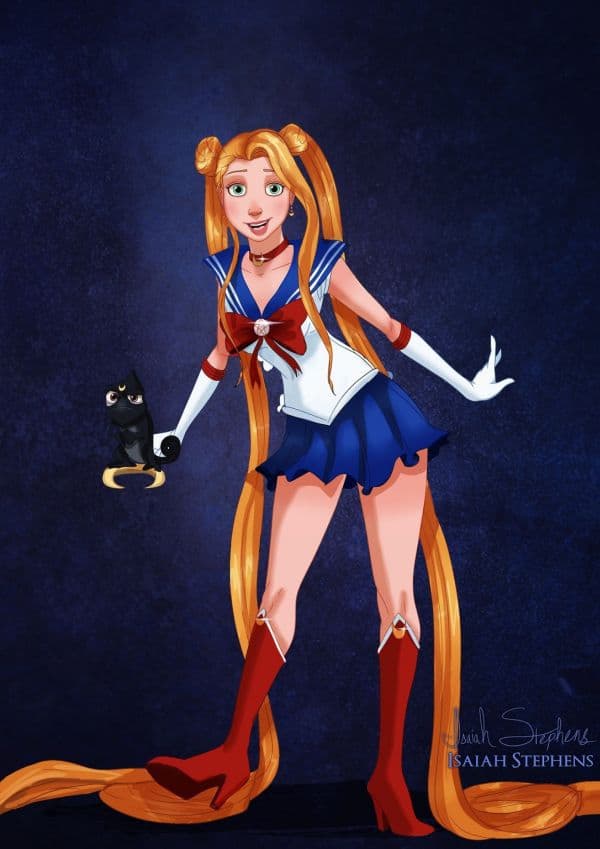 Those are some long, long pigtails. Rapunzel is a big fan favorite and seeing her dressed up as another fan favorite is pretty cool. I think a lot of us could have come up with a few other roles for her but this one just seems to work on a very fun level. 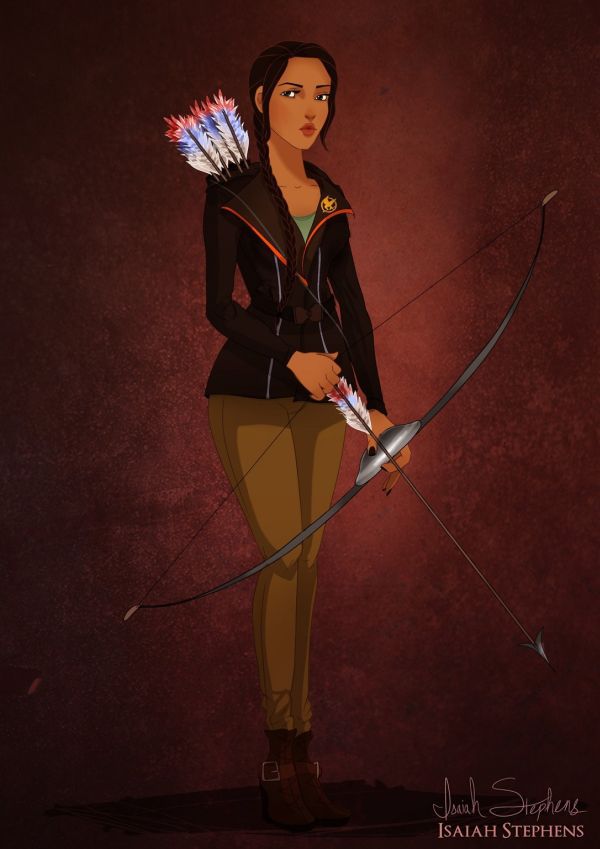 This kind of hearkens to the outdoors type and exemplifies both women so well that it seems like this is the look that Katniss should have had instead. 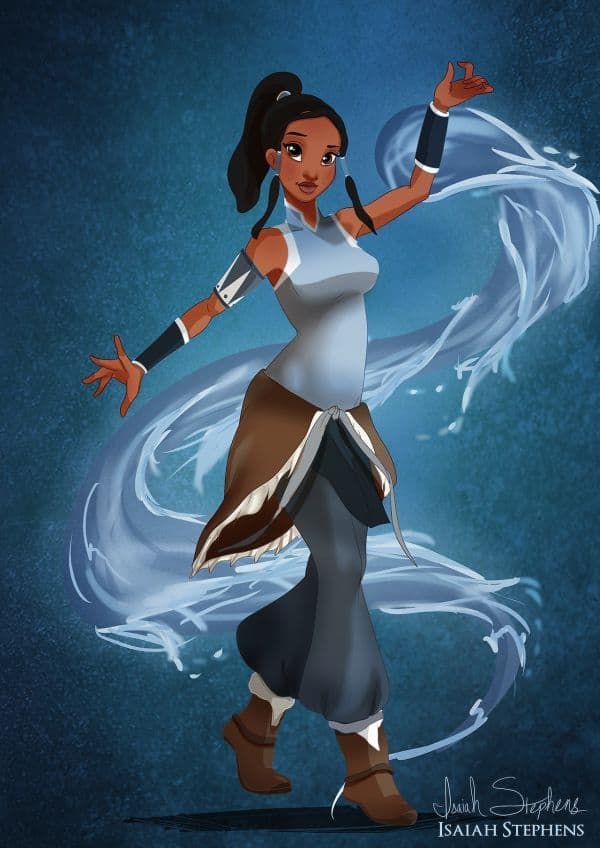 To be quite honest I would have seen Tiana in something far different from this but the look is still nice and really brings out her character somehow. 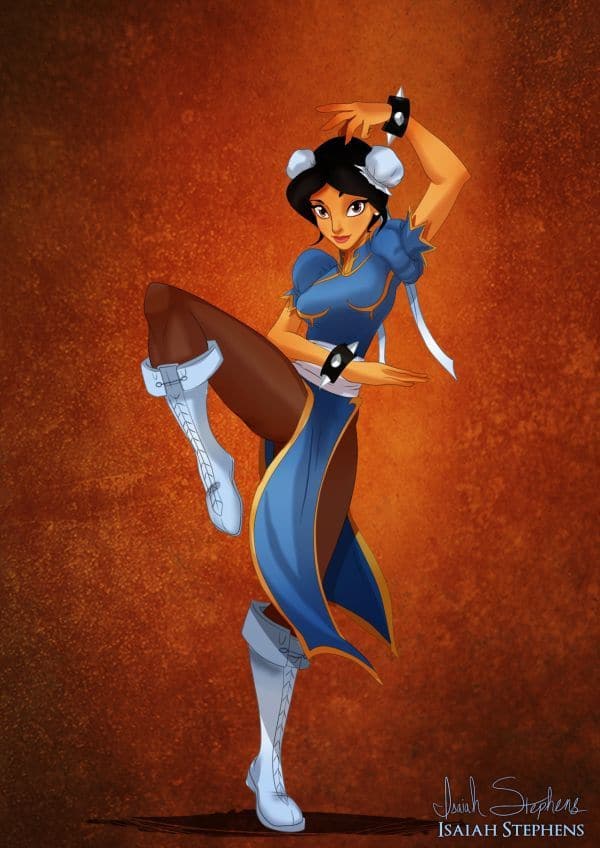 The whole attitude that the look delivers is simply stunning and the idea that Jasmine would gladly kick the heck out of anyone that annoyed her is even more awesome. I can just imagine the princess of Agrabah going nuts with a foot flurry on some unsuspecting enemy. 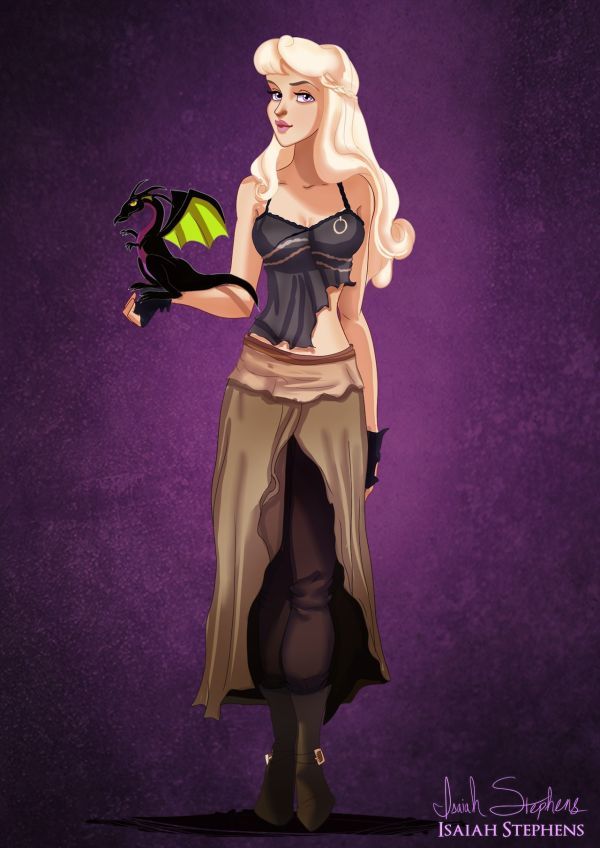 She certainly has the look and could pull off the attitude of Dany if she really tried. Aurora however has almost always been the kindhearted individual and doesn’t seem like she would fit the role of the Mother of Dragons. But like I said, she’s got the look. 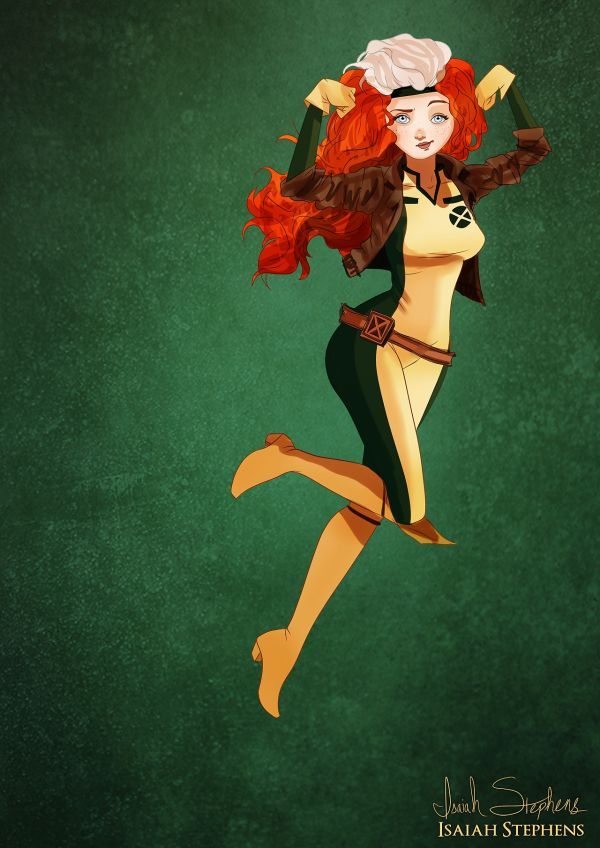 Could you see this Scottish princess dressing up as the southern beauty from the X-Men? Yep, so could I. They both have that fiery, temperamental attitude that it’s best not mess with and are both known for being extraordinarily strong women. In Rogue’s case that applies in more ways than one.

It’s always fun to see what various artists do with figures like the Disney princesses. 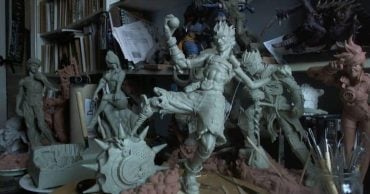 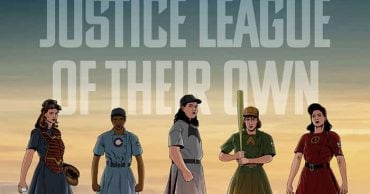 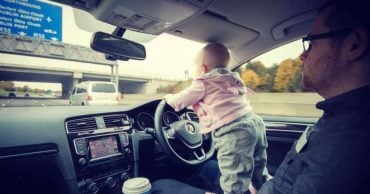 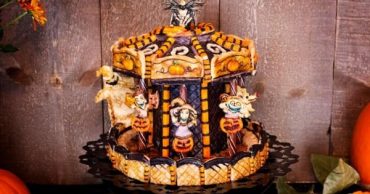 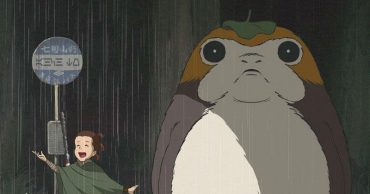 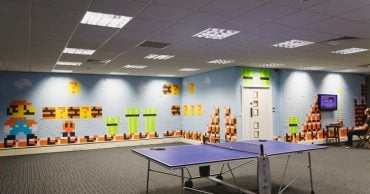