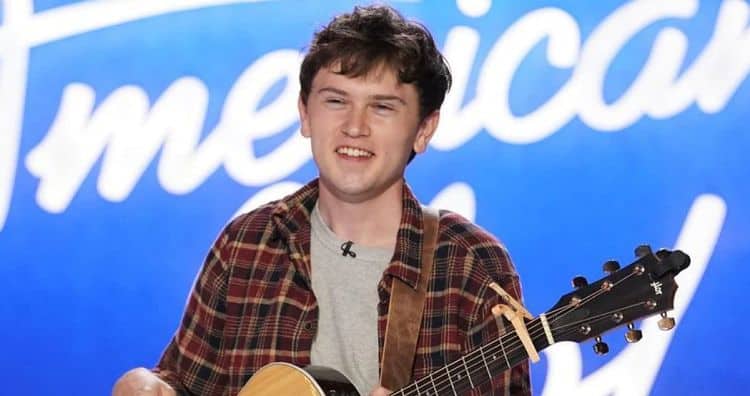 Being on a show like American Idol can be very stressful, but Fritz Hager has been handling the pressure exceptionally well. The talented singer and guitarist has been wowing the judges since he walked into the audition room and now he is winning the hearts of many viewers at home. Fritz has officially earned a spot in this season’s top 24 and he’s hoping to make it all the way to the end. Although the competition is very intense, he isn’t letting that stand in his way. In just a few short weeks, there’s a chance that Fritz could have a record deal and be well on his way to becoming a superstar. Keep reading to learn 10 things you didn’t know about Fritz Hager.

1. He Is a Longtime American Idol Fan

Fritz is 22 years old which means he was only about two years old when American Idol debuted. While it’s true that he’s too young to remember the show’s early seasons, he has been a fan for as long as he can remember. He was especially inspired by Phillip Phillips who won season 11.

There are several American Idol contestants who are still so early in their musical journeys that they’ve never even performed in front of anyone. That isn’t the case for Fritz, though. Not only is he no stranger to performing, but he’s also released an original single titled “Open Waters”. He is also working on an EP.

They say that everything is bigger in Texas and apparently that goes for the talent as well. Fritz was born and raised in Texas and he’s very proud of his roots. That said, there’s a good chance that Fritz will have to relocate if he wants to take his career to the next level.

Music has always been Fritz’s main focus, but it isn’t the only thing he’s passionate about. Acting is something else he enjoys and he’s been part of several musicals over the years. The fact that he is multi-talented will definitely be a huge asset to him throughout his career.

5. He Studied At Oklahoma City University

The music industry can be very competitive, and Fritz has worked very hard to give himself every advantage possible. He studied musical theater and vocal performance at Oklahoma City University. He is scheduled to earn his bachelor’s degree in the spring of 2022.

Music is about much more than entertainment for Fritz. According to Idol Chatter, he said, “I treat songwriting as a form of therapy, so my music speaks on insecurities, love and heartache, every existential crisis that a person would struggle with in their 20s, and most importantly how to come to terms with and overcome them.”

7. He Is A Security Guard

Although Fritz would love to be doing his music full-time, that simply isn’t an option at the momtn. He has been working as a security guard, but hopefully, that won’t be the case for much longer. Even if he doesn’t win American Idol, just being on the show will probably give his music career a huge boost.

Some of the contestants on American Idol have been on other singing shows in the past. Some of them have even auditioned for previous seasons of American Idol. From what we can tell about Fritz, however, he hasn’t done any other competition shows and this is his first time auditioning for American Idol.

When you’re trying to break into the music industry, it’s important to put yourself out there as much as possible. These days, the internet is the best way to do that. Fritz started a YouTube channel in 2014 where he posted several videos of himself performing. Even though his channel has less than 200 subscribers, his content has gotten more than 17,00 total views. Unfortunately, he hasn’t uploaded anything new in about three years.

10. His Parents Are Supportive Of His Singing Career

Fritz doesn’t come from a family with a background in music. Oftentimes, this can make things difficult for people who want to be musicians because their loved ones may not understand their desire to pursue a nontraditional career path. However, even though his parents can’t relate to his passion for music, they have been very supportive of him and his journey. Knowing you have people in your corner can truly make all of the difference when you’re chasing a dream.