The night started with a recording of the HOH competition that took place after Jenn was evicted last night. Danielle eventually won the competition, sealing her spot in the final three. Meanwhile, Dan immediately started to scheme on how to spin Dani’s win his way, and even though he still ended up on the block. Danielle also won the POV, which is where everyone began to crap their pants due to Dan’s plans for Danielle’s Veto win.

Danielle’s target was Ian, who she thought was Dan’s target as well, but the Gollum looking football coach had other plans and talked Danielle into using the Veto to save him and put Shane on the block. Without using enough common sense to ask why she needs to do this when Shane is gung ho on evicting Ian, Danielle blindly followed Dan’s “advice” and talked Shane into trusting her and Dan about this move. Again, neither one had the morsel of a thought to go, “Hmmm. This doesn’t make sense for our game. What is Dan up to?” Then there is Dan’s track record, which should have been clue #1,000,000th.

At the Veto Ceremony, Danielle went through her plan to use the Veto after listening to both Ian and Dan’s pleas. While Ian gave his speech, Danielle looked as if she couldn’t hold her laughter at the guy, who she was sure as a baboon’s ass is pink was going home. After replacing Dan with Shane, Danielle watched in complete horror as Dan sent her loverboy packing. I’m sure her facial expression will be meme’d to the max for years to come, because it is that memorable. Shane, clearly shell-shocked, gave Danielle a big hug before hightailing it out the house, knocking away Dan’s hug in the process. During Shane’s exit interview with Julie Chen, he claimed he didn’t have a choice in going with Danielle’s plan, but contrary to popular belief, he really didn’t whether he lied about it or not. If he told Danielle “Hell no I’m not down with this B.S.!” she still would have nominated him or face the wrath of Dan, a choice that I would have lived with proudly if I were in her shoes.

But here’s the thing: was this really a huge move on Dan’s part? Two words: Hell. No.

If Dan made any big moves this year, it was his ‘funeral’ scheme, which was a genius move
through and through. Shady, but genius. What went down tonight was the equivalent of a 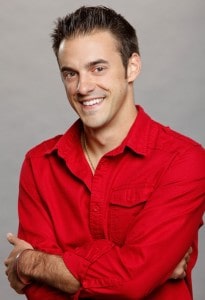 grown man snatching a pacifier out of helpless baby’s mouth, or Goliath smacking David around senseless. Dan’s played the game before and has won it, so he knows how to play. That’s nothing new at all. Ian, however, managed to take out Mike Boogie, co-founder of the greatest alliance in Big Brother history and winner of Big Brother: All-Stars. In my opinion, that trumps anything Dan has done this season by far, even that faux funeral of his. Dan’s manipulation of the house is another example of a same script, different jackasses scenario, while Ian’s plan to take Boogie out was unexpected from all aspects of the game, mainly because he actually pulled it off.

Now on to the Jury House, which should have been checked in on about a week ago, but due to scheduling and the Coaches coming into the game, we have only begun seeing the drama unfold there. Ashley had turned the place into a zen atmosphere, complete with dream boards and… dream boards. However, after Britney and Frank showed up, the fung shui of the Big Brother house manifested itself in Ashley’s serene atmosphere rather quickly. After Frank, who Britney predicted to arrive next, made his way into the house, the talk immediately went to Frank’s blind side vote, which prompted Britney to mention that Dan will win this game hands down. Frank, who was still bitter as hell, claimed that Dan didn’t play with honor and therefore should not be crowned with the $500,000 prize. Britney remarked that Frank did the same thing by nomination her when he said he wouldn’t, which is sort of true, because Frank was still playing Mike Boogie’s game, letting Dan weasel his way out of a another corner. Bottom line: while I don’t care for Dan at all, Frank was clearly being a spoiled sport in the matter. Again.

After Joe showed up, Britney and Frank’s argument intensified after Frank brought up Dan swearing a lie on the Bible, which he didn’t take kindly to. I would also like to note here that other Big Brother HGs, such as BB12 winner Hayden, have said that they wouldn’t have stoop to swearing on the Bible to win the game. Anyway, Britney said that there wasn’t any rules on how to play the game, which prompted Frank to counter if she cheated on her husband and didn’t get caught wouldn’t it still be cheating. Um, what?! For that comment, Frank, here’s a seat for you to sit in and just shut up.

That was tonight’s redunkilous Big Brother episode, which sets the stage for the craziness to come in the next week. Are you happy about the final three? If not, please let us know. Don’t hesitate to show your feelings, just be respectable of others.