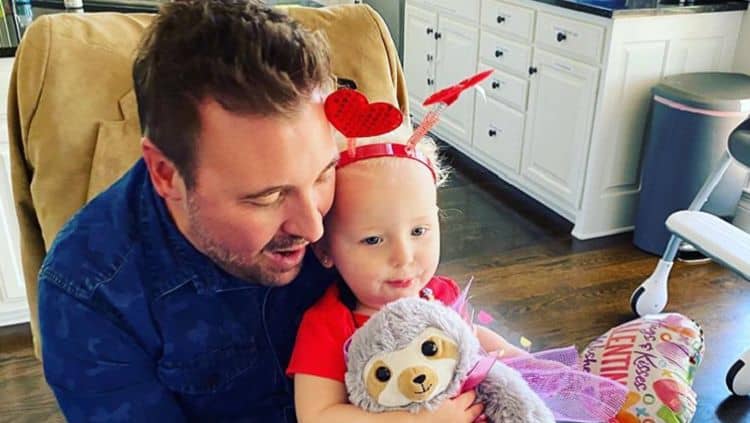 Ever since Jeannie Mai filed for divorce from Freddy Harteis and went public with what led to their breakup, people have been sympathizing with her. However, there are always two sides to a story, and Freddy has never spoken about why the couple split. Instead, he quickly moved on to start another family, leaving Jeannie to continue sharing her thoughts as to what ended the marriage, with Freddy being painted as the monster. We might never know what happened between the two with Freddy preferring to remain silent, but we have unearthed a few more facts to let you know more about him.

1. Why he broke up with his wife

Jeannie keeps saying that Freddy taught her the one thing he kept warning her about during their marriage. According to Jeannie, Freddy always told her that she could learn a lot about a person if he does not get what he wants. Well, at first, the couple had agreed they did not want children, but later, Freddy changed his mind. Unfortunately, Jeannie was not ready to have any, and that became one of the main reasons they could not get along. Jeannie added that money and ego also played a role in their divorce.

2. He was not faithful in his marriage to Jeannie Mai

Jeannie, at one time, said that she married Freddy because he was like her father due to his loyalty and compassion. She added that in the 13 years they had been together, he had never cheated on her. However, the tune changed when she discovered Freddy was expecting a child with another woman. While the divorce was finalized in December 2018, Freddy had already welcomed his daughter with Linsey in October 2018. Perhaps they both knew they would not make amends because Jeannie also went public with her relationship with Jeezy in September 2018.

3. He received alimony from Jeannie Mai

Usually, alimony is paid by the spouse who makes more money to support the dependent spouse, and in the case of Jeannie and Freddy, Jeannie felt cheated. She told ET Canada that Freddy was making more money, but she still ended up paying him alimony because according to her, she was the stronger earner. That shock made Jeannie start looking out for herself. She is not the first woman to pay spousal support to her ex-husband; Mary J. Blige was ordered to pay $30,000 every month to Kendu Isaacs. Freddy, however, received a one-time payment, which was kept confidential.

4. His girlfriend thinks Jeannie is using Freddy’s name to increase her ratings

Freddy’s ex-wife has never had anything positive to say about her relationship with Freddy, especially after they separated, and Linsey could no longer take it. She, therefore, went on Instagram to tell Jeannie to stop focusing on herself and move on with her life. Linsey added that Jeannie kept bringing up a dramatic story about Freddy for people to sympathize with her and to increase the show’s ratings. Linsey also said that Jeannie was spreading lies about Freddy, and she would reveal the truth if Jeannie continued dragging Freddy’s name in the mud.

5. He and Jeannie maintained celibacy before marriage

Nowadays, people are having sex before marriage, and it is no longer shocking to see teenagers giving birth. Some, however, have resolved to remain chaste until they are in holy matrimony. Freddy and Jeannie made a similar resolution that they neither lived together nor had sex before exchanging vows.

6. His ex-wife is dating Jeezy

Relationships are all about compatibility, and Jeannie believed hers with Freddy failed to work out because he was not her equal. She said she does not enjoy small talk or someone who does not entertain her deep thoughts. Therefore when Jeannie met Jeezy, there was an instant attraction between the two because Jeannie felt she had found her equal. She describes Jeezy with sweet words like “passionate and introspective” that she never once used on her ex-husband, Freddy.

7. He owns a ranch in Colorado

Freddy bought a 3,000-acre ranch in 1995 with his father and built a lodge that measures 9,000 sq. Ft. in 1996. They planted legumes and grass on 400 acres, while 1,000 acres were deforested to facilitate game-building grasslands. Freddy also created 12 ponds to provide water for the increasing number of animals and to act as fire protection. It offers a unique hunting experience through archery mule deer hunts and rifle elk hunts, among many more options.

8. He could not wait to have children

Children should never be used to measure how strong a relationship is or how long it will last; after all, marriage is about love and companionship between two people. However, not everyone shares this opinion, and couples have broken up due to a lack of children. Freddy felt that fatherhood was calling him, but Jeanie was not ready. Therefore even before the dust from the divorce settled, he was expecting a child with Linsey. Freddy welcomed his daughter, and he most recently had a son.

Freddy has been very active on Instagram posting pictures of his hunting adventures, and now that he has a family, he has begun showing them off. Although the photos of him rifle-hunting do not get many likes on the platform, he has managed to accumulate 37.6k followers so far with the 1,427 posts he has made. Freddy also has a presence on Facebook and Twitter but is not active in both. On Facebook, the last post he made was in July 2016, so it is no surprise the number of followers has remained relatively low at 2.3k. He joined Twitter in June 2009, but the followers are only 3.4k.

10. His current girlfriend has been accused of being a gold-digger

Lailah Lynn published how Linsey claimed that Jeannie was after getting more money hence contested the prenuptial agreement with Freddy. However, people commented that Linsey is only a gold-digger who only used Freddy’s need for a baby to get close to him. They even went ahead to say the body language reveals that Freddy is not as in love with her as she is with him.