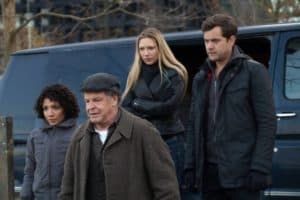 Last night we said goodbye to Fringe — a show that has amused us, shocked us, sparked our imaginations, and broken our hearts for the last five seasons. As much as I like to think that everyone would fall in love with the show if they only gave it a chance, I’m well aware that Fringe isn’t for everyone. It requires commitment and attention to detail, accompanied by the occasional willingness to simply suspend your disbeliefs for a time. (Soul magnets, anyone?) Like the show as a whole, last night’s two-part finale was not perfect, and in true Fringe form it left us with questions and issues to debate. But, to put it plainly, I adored the finale. “Liberty” and “An Enemy of Fate” felt like a truly fitting end to this show. From the “Fringe Event” montage as Peter and Olivia launched an attack on the Observer stronghold to the quiet moments between the characters, the finale gave us closure to this crazy journey that has been full of impossibilities.

A return to the Alternate Universe was something I had hoped to see ever since they made the decision to close the bridge between the worlds in “Worlds Apart” last season, and I thought it wonderfully appropriate that Olivia crossed over to enlist the help of her doppelganger and former partner Lincoln Lee. When AltLivia was first introduced at the end of season 2 the most glaring difference, aside from her hair colour, was how much lighter the alternate was: our Olivia has always seemed to carry the weight of the world on her shoulders, while AltLivia has always been more carefree. This difference was even more pronounced in “Liberty”. From the looks of it, the Other Side continued to heal after the connection between worlds was severed, and AltLivia and Lincoln married and have a son together. I’m well aware that season 4 is a controversial season of Fringe. But it gave us a different relationship between the two universes that I appreciated, and I was overjoyed to see that other world one last time. 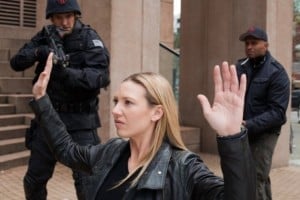 I was a bit surprised that we didn’t see Olivia suffer more effects from the Cortexiphan with which Walter once again flooded her system, but it was yet another plot point I was glad to see revisited. When the drug — created by Bell and Walter in the early ‘80s — was first introduced in season 1, it was something that intrigued me immediately: if you’re familiar with my views on Fringe, you’ll know how much I love the neuroscience material they work into the show. Although I’ve very much enjoyed season 5, the plot has largely been driven by Walter and his plan to defeat the Observers, with the brief tangent of Peter’s vengeance-fueled mission to kill Windmark. I had missed getting to see Olivia really take point on a mission, to be the only one who could do what needed to be done. Besides, who didn’t cheer when she used her Cortexiphan powers to finally end Windmark?

Once the plan in its entirety became clear, I had wondered one thing: why is Walter the one who has to accompany Michael into 2167? But as soon as Donald told Walter that he wanted to take his son to the future himself, I was sure that Donald would die, and Walter would have to go. The idea that everyone would get their happy ending seemed too good to be true. I was definitely kidding myself when I thought I was prepared to see Walter make that sacrifice! But in the end, Walter saved our world the same way he nearly destroyed it in 1985: he took the hand of a boy who wasn’t his and stepped into a wormhole. I think what really broke my heart was that, if Walter was right about how the universe would handle the paradox, he would simply disappear in 2015, leaving behind no explanation for his family.

As I said, while I really liked the finale, it wasn’t perfect. Time travel, by necessity, introduces paradoxes to any story, and Fringe is certainly no exception.  I appreciate that they tried to address one of these issues by “erasing” Walter in 2015 — which is when the Observers would have invaded if the timeline progressed as it did originally — but I can’t help but wonder what other effects this reset would have. Surely the effects would ripple back farther than just the point of invasion: the Observers crossed paths with the Bishops for the first time 30 years earlier, in 1985. September altered the timeline when he distracted Walternate from synthesizing a cure for a terminally-ill Peter, which is what led to Walter crossing over and kidnapping Peter in the first place. So how would their lives have unfolded without the influence of the Observer Science Team? 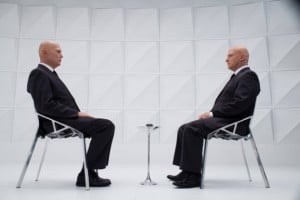 In season 4’s “The End Of All Things”, when Peter shares consciousness with September, the Observer tells him that Peter and Olivia were meant to have a “shared future” — but whether that was before or after the Observers came into the picture is impossible to know. I figure, with Walter and Bell involved, it was only a matter of time before the barrier between universes was breached, even without Walter being driven to cure an alternate version of his son. So perhaps Peter and Olivia would have met even without the actions of the Observers altering the timeline. (And yes, I’m well aware I’m making a lot of assumptions there!)

Speaking of the 12-member science team, Donald’s encounter with December answered some questions I’d had about the Observers ever since “Letters of Transit” aired. The characterization of the Observers as such chilling, hostile invaders was at odds with the image we’d had of them since we first properly met September in season 1’s “The Arrival.” Above all else, the bald enigmas were never to interfere with the timeline, a rule broken by both August and September to their own detriment. I had wondered if perhaps their future changed after they travelled back, that we were seeing a slightly different iteration of Observers in Windmark and the rest of the invaders. But this contradiction was addressed by December: the Science Team was lied to in regards to the purpose of their trip into their past. I also found it intriguing that September and August weren’t the only ones to experience emotion, that the rest of the science division apparently did as well. I’m reminded of the Shapeshifters who began to feel emotion after pretending to be human for extended periods of time: the Observers, simply through watching humanity, appear to have undergone a similar phenomenon. If you think about the neuroscience behind this it’s not inexplicable: the scientists in the future repurposed areas of the brain that were involved in emotion to function as part of the higher cognitive function centres instead. But the underlying structures would remain, along with the potential for emotion.

There’s no way I can encompass everything I felt about the finale in this review: there were so many references to past cases and the larger mythology of the show that I’d be here all day. But I’d be remiss if I didn’t note that every single cast member was absolutely brilliant. The scene between Jasika Nicole and John Noble was a perfect summation of the unique relationship their characters have developed throughout the series: Astrid has always had a knack for soothing Walter, and has had endless patience dealing with his idiosyncrasies. Walter and Olivia have had a similarly unique, but far more nuanced and complicated, relationship, especially since it began when Olivia was only 3 years old and she was experimented on by Walter and William Bell. One of the things I really loved about the beginning of season 4 was getting to see John Noble and Anna Torv portray their characters without the buffer of Josh Jackson’s Peter. Don’t get me wrong, I think the relationship between Peter and Walter is paramount to the show, but it was nice to get to see a different dynamic. There was a quiet moment in “Liberty” right before Olivia was supposed to cross over to the Other Side that I thought Noble and Torv played beautifully: it felt like Walter was saying goodbye to a daughter. 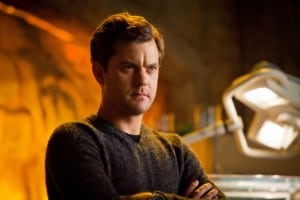 Even though Olivia was arguably introduced as the main character in season 1, the father-son relationship between Peter and Walter has always been the heart of the show. Fringe is a show about love, and about what that love can drive people to do. Walter’s search for redemption and forgiveness has always been complicated by the fact that even though he feels a great deal of remorse for his actions, for the fact that he condemned two worlds to destruction, he still has Peter. How could he really, truly ever regret his actions when they saved the life of a boy he loved literally more than the world itself? The timeline reset turned their relationship on its head a bit, but Josh Jackson and John Noble have done a phenomenal job in making the connection between father and son tangible, making it a cornerstone that anchored the rest of the show. I’m willing to bet that there wasn’t a dry eye anywhere during that scene — you know the one I mean — between Walter and Peter in the lab. And what a fitting place it was for those two characters to say goodbye.

Jeff Pinkner, co-showrunner with Joel Wyman until the end of season 4, once compared Fringe to liquorice: “not everybody likes liquorice, but the people who like liquorice really like liquorice and are passionate about it. So we’re making the show for those people.” Being one of “those” people, all I can say is thank you, to everyone involved in making this show that captured our hearts and minds. Even with the possible paradoxes, I think that Fringe went out with one hell of a bang during “Liberty” and “An Enemy of Fate”: I can’t recall any other show I watch that actually got a chance to end the story on their own terms and truly stuck the landing. To quote Broyles, “there are people who leave an indelible mark on your soul. An imprint that can never be erased.” Fringe has left its mark. Grade: A+