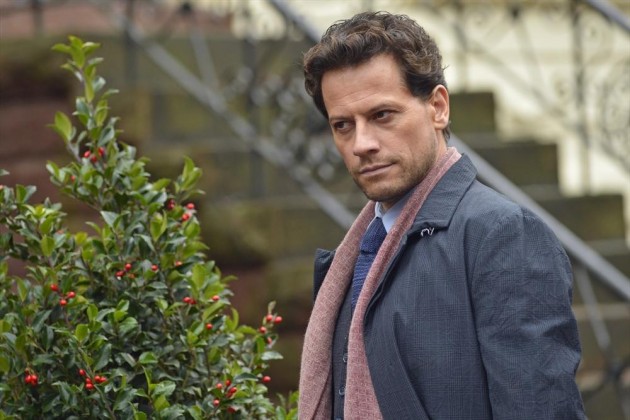 Now that Forever has returned, I figured it was only a matter of time before we finally started delving deeper into the characters and their stories. Let’s just say I wasn’t wrong!

This week on Forever: A murder leads Henry, Jo and the gang down a path previously tread by Jo’s deceased district attorney husband. Henry quickly discovered that this man may have been framed for more than one crime. Jo’s having a hard time with reviewing her husband’s work and runs into an old partner while investigating.

I was really excited when I heard about this episode, mainly because I have been waiting to delve into the back story of other characters. Alana De La Garza has been a wonderful leading lady thus far, but we haven’t learned too much about Jo Martinez. This episode did a great job on that end. It’s much clearer how Jo thinks, what motivates her, and why she is the way she is. The dead husband could be a little cliche, but it didn’t feel too heavy handed in this episode. I liked it!

I think the Forever showrunners have been reading my reviews. Why, you ask? They finally gave Lucas some more to do! When Henry was trying to keep Jo out of her husband’s case, he took Lucas to continue the investigation, and what followed was one of my favorite scenes in the show thus far. By not taking Lucas with them every time, they’re seriously cutting down on an excellent plucky sidekick. Joel David Moore has been wonderful so far, and I’m excited to continually see more of him. I could’ve used more Judd Hirsch , sure, but this episode structure is certainly one I can get behind.

I (surprisingly) found the background story on Henry this time extremely compelling. When Henry was being transferred on a ship and he was cellmates with a priest, he confessed his condition to this priest, who convinced him that he remained alive because he had a higher calling. This was a brief, intermittent part of the episode but it was one of the best. The priest really convinced him to live his life to the fullest and use his gifts for something greater. The Henry’s past life back stories are always interesting, but this one I found especially compelling. I think Ioan Gruffudd is showing real growth as an actor, and you can really feel the character learning from his past and his present to become a stronger character.

Forever is getting more and more compelling and interesting. Hopefully, it only grows more as it finishes out its first season.

What did you guys think? Are you still enjoying Forever? Let us know what you thought of this week’s episode!