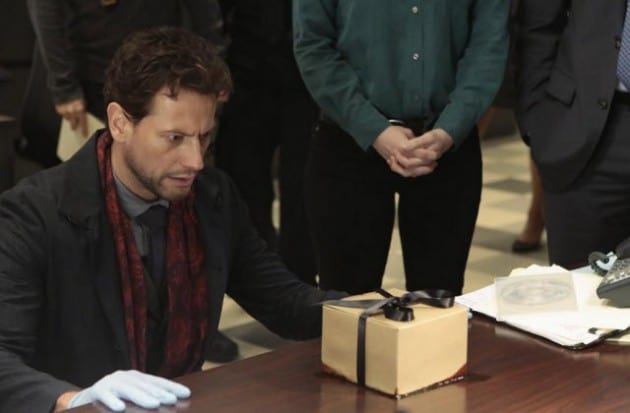 Finally! Episode 6 of Forever was a tremendous improvement over the past few episodes. I could finally feel it coming together as a series and I’ve got to say. All along, I’ve been saying that this show is good, but it showed shades of greatness with this week’s installment.

This week, our heroes begin their tale with a bleeding package. Upon further investigation, they have a serial killer on their hands who is copying famous murderers throughout history. Upon even FURTHER investigation,  it was based not on the historical killings, but instead on comic books retelling said killings. After their suspicions first landed on a teenager obsessed with death and killing, they later befell the correct killer- the teenager’s father. Guess psychopathy can be hereditary.

This show is made much better when it utilizes all it’s weapons. Of course, Gruffudd and De La Garza are always strong as leads, but the supporting cast makes or breaks each episode. This show made excellent use this week of Judd Hirsch and Joel David Moore, who I continually harp on being the best parts of the show (well, because they are!).  Lucas’ obsession with comic books pushed the investigation forward quite a bit, and Abe’s antique connections proved vital in the case. I also appreciated the re-visitation of Henry’s death, and subsequent resurrection, and Detective Martinez (who seems to have even MORE depth to her character than her immortal counterpart) had an excellent, emotional performance this week.

Perhaps the best thing about this episode was the use of Adam. He’s returned after a few weeks, and his recurring mystery makes the show infinitely more interesting. I find myself truly wanting to know who he is, why he’s interested in Henry’s life, and what his motivation is. Could he really be another immortal? Or is he just crazy? I don’t know, but I definitely want to! He also led to a really great scene between Abe and Henry. Abe seemed to be defending the man (to a point) but they realized that he DOES know everything about Henry. This was an excellent scene between Gruffudd and Hirsch, who make a great combo. The show had me believing for a hot minute that Adam was Jack the Ripper at the beginning of the episode, and theoretically, he still could be. Only time will tell, though.

My outlook for this show is much better than it has been the past few weeks. I was calling for more cohesive story, more Abe and Lucas, and more development of our two leads, and this week I got every single bit of it. Not to mention, a bit more mystery. I’m really excited with the places the show can now go, and I am excited to go along with it.

What about you? Are you still watching Forever? Share your thoughts with us!