Home
Movies
Documentary
For Madmen Only: The Stories of Del Close 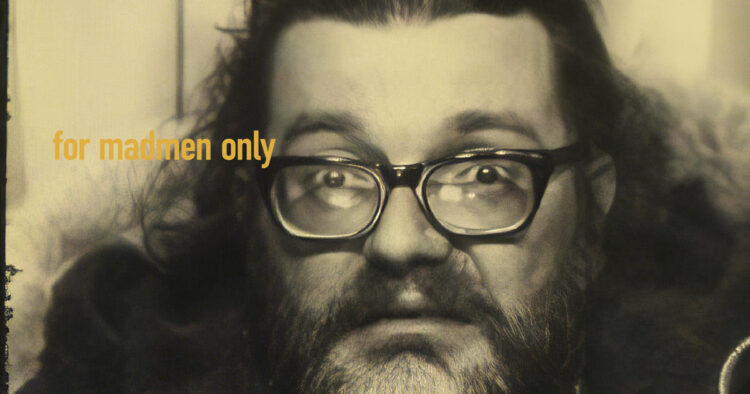 There are people in this world that are mad and they know it, but they don’t care. Then there are those that watch those people and try to figure them out, only to realize that they can’t always tell when that person is going to turn, juke, or sit still. Del Close was one of those people, and a great number of comedians and actors out there remember what he was like, and this documentary only shows a brief bit of what he could do and what he was about. Trying to figure out a man like Del Close is the kind of journey that one might take a lifetime to complete, only to realize that whatever madness lies within a mind such as Del’s is elusive as hell and isn’t going to be entirely figured out even when the person is on their deathbed. It sounds melodramatic and ridiculous, doesn’t it? Welcome to the front gate of a madman’s mind, and madwoman too since there’s no excluding anyone from this type of condition. But Del Close is one of those who had the admiration of many and yet wasn’t nearly as known as many of those that he inspired.

This documentary is only a brief glimpse into his life since there was a great deal that he did and said during the course of his life that was worth taking a look at and listening to when one had the chance. It’s one of those stories that makes a person wonder if they could have done the same thing as Del back in the day, and it also makes some of us wish that we would have been born in an earlier time so that we might have been able to see this type of genius on the rise. Then we get to thinking and realize that life was quite a bit different back in that day and that it might not have been as enjoyable. But to think about what it was like to watch this man at his craft and how his energy helped to push and inspire people is amazing since trying to think of how people kept up with him is kind of funny.

What this documentary shows is that Del wasn’t the typical individual that was looking for everything and was willing to put his nose to the grindstone to get it. Well, it does show that, but it also shows someone that can help others to feel a little bit better about themselves when it comes to expressing their thoughts and desires in a way that a lot of people simply can’t understand. Watching this look into his life made it clear that Del was a man that a lot of people had a great deal of respect for, but at the same time, a lot of folks simply couldn’t understand how he came up with half of the stuff that he did, or why. That makes folks such as myself feel pretty good since it means that we’re not the only ones that have been subjected to the blank stares and lack of understanding that comes when we have one idea or another.

But the way this man’s mind worked was amazing since the comedy he came up with and the fact that he was so highly regarded is enough to make a lot of people think that he was someone who was easily one of the biggest influences of his generation. It’s possible that many people will remember him from a couple of simple movie cameos, such as his role in The Untouchables, but apart from this, it almost feels as though his name and his face are slowly but surely being lost to history, with generations to come running the risk of never knowing who he was. The upside is that documentaries such as this are bound to be around for a long time thanks to streaming and whatever else might come along in the years ahead. The history decades and centuries past are going to remain for a while, at least that’s the hope. Thinking that Del and many others will be revered for some time to come is uplifting in a big way since their contributions shouldn’t be forgotten or taken for granted.

This is definitely one of the more interesting documentaries to watch, particularly for those that like to see how comedians get their start and how difficult things can be for them on their way up. To admit that Del was kind of left behind a time or two is tough, but the fact is that he still managed to thrive in his own way throughout his career. Seeing how things were for him and how he ended up is kind of tragic in a way, but it’s fun to admit that he was one of those who managed to live on his own terms.