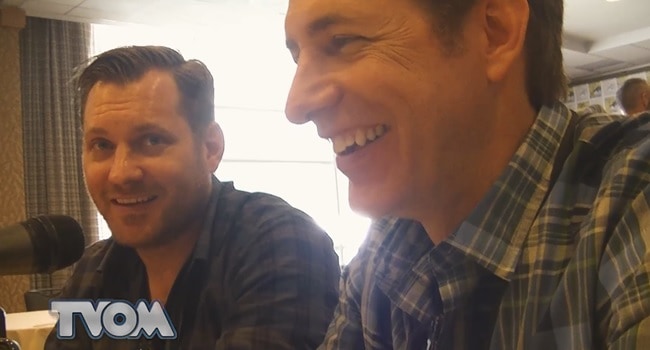 Last week at San Diego Comic-Con, TV Overmind participated in The Flash Press Room with several outlets to chat with the cast and crew behind the show to get some insight into what is coming in Season 3.  We spoke with the Helbing brothers, Aaron and Todd who both work as executive producers and writers on the series since joining the project at episode 5 of Season 1.

-The challenges and possible pressure of now being the show that will affect all the other DC shows on The CW due to Flashpoint.

-Teasing where they are at with planning the mega 4-shows crossover with Arrow, Legends of Tomorrow and Supergirl.

-What is in store for the Barry and Iris relationship as Season 3 deals with Flashpoint.

-The fun of bringing in Tom Felton to the cast and how he is a result of Flashpoint.

-Whether or not we will be seeing the return of John Wesley Shipp as the real Jay Garrick from Earth-3.

The Flash Season 3 begins on Tuesday, October 4 at 8/7c on The CW. What are you most looking forward to in the third season of The Flash? Are you excited to see Flashpoint and its effect over the other CW shows? Let us know in the comments below.