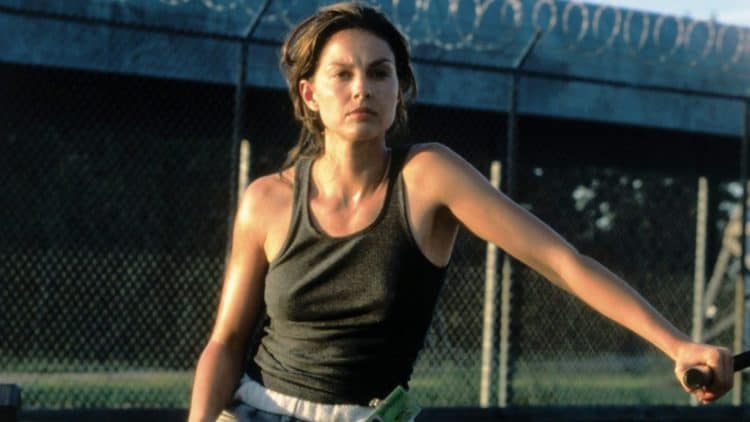 Suspense movies tend to make a person sit up and pay attention simply because they have more working parts to them that require the audience to think and try to anticipate what’s going to happen next and why and how it all works together to create the story. In some cases it’s fairly obvious how things are going to work out and what’s going to happen, but there are those movies that don’t make it nearly as obvious or throw a curve ball here and there just to make things interesting. The great part about a suspense movie is that there really aren’t any big jump scares or any reasons to be terrified, but there are still moments when the terror might be real enough since human beings do tend to do some very horrible things to each other in the movies and this is thought to be a great form of entertainment. The whole idea of telling a story that’s not excessively bloody and that can stay more or less grounded in reality is something that many people appreciate since it doesn’t take a massive suspension of belief to really get into them. Granted, some of these movies still stretch the imagination a bit when it comes to real life, but more often than not suspense movies still keep things fairly real.

Here are some of the best and most underrated suspense movies of the 90s.

Going back home sometimes is the hardest thing to do, especially when you’re no longer a part of the neighborhood as you used to be. Terry quickly finds out that the life he left behind has become something of a problem with the fact that he’s an undercover cop and that he doesn’t want to see his friend get hurt. The story only continues to go downhill from that point since Jackie, Terry’s best friend, is a tad bit unpredictable and has to be silenced by his own brother, Frank. By the end of the movie the understanding is that Terry’s return to his own stomping grounds was the worst mistake anyone could have made.

There are just some people in your life that you should never forget, because they don’t tend to forget about you. Nick learns this the hard way when the criminal whose arrest made him famous spends years obsessing on how to get back at him and take his revenge. When he finally escapes and begins to implement his plan however Earl has no idea just how far Nick might go and what kind of connections he can tap when he’s pushed, though he does make life difficult for Nick at every turn, and also does his very best to discredit the man as he attempts to ruin his reputation and his very existence.

3. The Hand That Rocks the Cradle

When the wife of a rich but suspect obstetrician loses her baby and then her husband she’s rightly devastated. But the reason her husband had for committing suicide is why she goes off the deep end and goes after the woman that accused him of molesting her during a routine checkup. Swearing revenge, the woman then becomes the family’s nanny under a false name and begins to take her revenge by turning the children against their parents and even sabotaging their lives. The scene in which the asthmatic wife/mother nearly dies is kind of a hard one for anyone that’s ever suffered a real and very serious asthma attack.

Movies that involve anyone attempting to take children from their loving mothers become very personal very quickly. When Libby is framed for killing her husband, whose body is never found, she inadvertently finds out that he’s alive and living under a different name, with their son and her former friend as well. Her plot for revenge becomes all-consuming as she finds a way to earn her parole and then goes seeking her wayward husband, finally finding him, armed with the idea that she can’t be convicted of killing him again. Those that break the laws in movies tend to be pretty smart, but when karma is written into the script they’re also fairly stupid at certain points.

When an aging secret service agent is taunted by a man claiming that he wants to kill the president of the United States it’s usually taken as a real threat, but in this case it becomes even worse as the killer is an ex-CIA agent that knows the ins and outs of espionage and how to disappear when he needs to. The movie becomes a game of cat and mouse up until the end when Frank finally corners his man, only to realize that the killer isn’t that intent on going to prison and is willing to die.

A good suspense movie will keep you on your toes from start to finish.