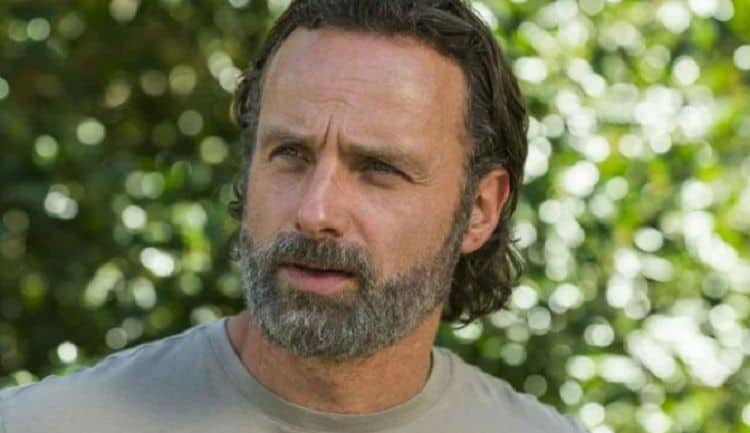 Quite a few people are eager to see what’s going to happen to the former sheriff from The Walking Dead, Rick Grimes, and the upside is that the movie is moving forward at this moment, but there’s no telling just when it will arrive. Since his departure from the main show thanks to Jadis it’s been thought that the movie will be coming any day, but the reality is that with the other shows currently being pushed and the pandemic, a lot of stuff has been more or less on hold for a while until production could start up again. As of now though it does sound as if things are back on track and we’ll be seeing the movie at one point. But whether we’ll be seeing it on TV or in the theater is kind of tough to predict since, at this time, theaters are still feeling a heavy pinch as the pandemic continues and people are reluctant to sit in an enclosed area. If that changes, which doesn’t sound likely in the near future, then it’s possible that a theater presentation would be entirely possible, but if not then people might want to hope for the best and think that streaming would be the best way to go.

Here are just a few things we’d like to see from the Rick Grimes movie when it does arrive.

5. Maybe Rick will come into contact with a few familiar faces.

It’s hard to say who he might see outside of the sphere of influence that he’s known for so long, especially since quite a few individuals have been killed during the course of the show. But with spinoffs from The Walking Dead apparently coming at some point it feels as though Rick should be able to take note of a few familiar faces here and there as people begin to travel outward in search of a world that hasn’t been entirely ruined by walkers. One might even hope he would see a few people that have been absent from TWD for a while if only to touch base with them and ascertain how they’ve been doing.

4. The status of the world outside of The Walking Dead would be nice.

We’ve already seen so much of the areas in which The Walking Dead and Fear the Walking Dead have taken place that it would be nice to know just what’s been happening throughout the rest of the world. How bad did it really get in other areas? Did Washington DC hole up and die or are there plenty of survivors still left? That kind of leaves the question of what’s happening overseas, but it does feel as though this won’t be fully explored since that would take things in an entirely different direction at one point and this is still very much Rick Grimes’ story that is being shown, so there’s no huge need to go that far yet.

3. It would be nice to see Rick take charge of a new group.

It’s fair to think that Rick will be the newbie in a world he no longer understands, kind of like he was at the beginning of the series. But with his take-charge attitude and the ability he has to lead it’s not hard to think that he would eventually rise in the ranks and become someone that people would look up to again. It’s not bound to be an easy transition since it wasn’t something that was painless and easy in the original series, especially given that there were plenty of people that either didn’t want to be led or thought that they were better suited for the job. But it does feel as though Rick is designed to lead, not follow.

2. A lot of people want to know what happens to Jadis.

For better or worse, people really want to know what happened to Jadis too, since her shifting allegiances make it hard to pin down just who she’s entirely loyal to if there’s anyone at all that she follows other than her own whims. But considering that she took Rick with her, perhaps to be a lab rat or to be some other kind of token she needed, it’s of great interest to a lot of people to find out just what happened to her and whether she’s better or worse off at this time.

1. Seeing Rick meeting with and interacting with other settlements could be interesting.

This goes along with another point made in this article since it would be great to see how the rest of the United States did after the apocalypse. Given that we were only granted a look at a few regions throughout the US thus far, it’d be great to see more of the nation to see how it fared.

It’s coming, don’t worry about that.