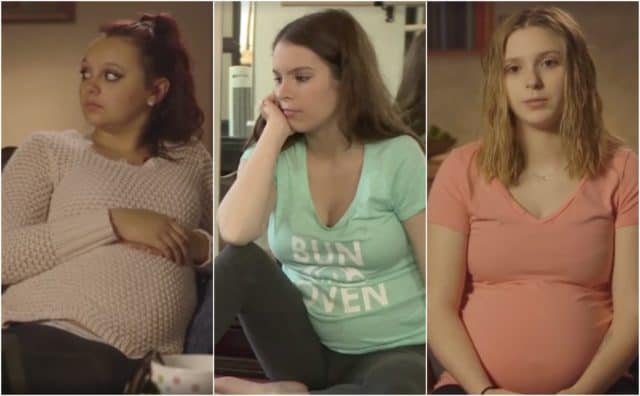 If you keep up with reality television, then it is likely that you have become aware of the fact that TLC is a network that knows how to capitalize on the family side of things. They have fared quite well with reality shows that feature families, especially very large families. While their latest installment of people finding themselves in the family way will definitely have viewers tuning in, it is likely that there will be some pushback from conservatives. The reason for the pushback is that “Unexpected” is a reality show about teen pregnancy. The show recently aired its premiere and, so we will soon get the feedback on what America thinks about this new show.

Since this is a new show on a low-profile network, there is a chance that you may not be familiar with the show, so here are five things you probably do not know about Unexpected.

We live in a world in which people are almost conditioned to jump to conclusions and take judgmental positions. There are a lot of people who will hear about a teenaged girl getting pregnant and think the worst, but Unexpected takes the viewers behinds the scenes to peer into the lives of these young girls – creating an opportunity to gain a better understanding of just how easily someone can get caught up in a situation like this.

2. The Show Highlight the Impact Teen Pregnancies Have on the Families

From a statistical perspective, teen pregnancies are higher in low-income families. While there are some who would argue that high-income families simply have the capacity to hide teen pregnancies, we will go with what the numbers reveal. As you can imagine, finding out you are pregnant in a situation in which money is already tight can be scary, now imagine being 15 and not even having a high school diploma – things just got scarier. Everybody involved will be impacted by the pregnancy as they attempt to ensure that this new little life has a fighting chance to compete in the world.

3. None of the Couples Are Prepared to Be Parents

There are three different teen couples that have found out that they are expecting, and the one common component of this show is that neither of these couples is prepared to become parents. While economic stability is a major concern when rearing a child, it is not the only requirement. In fact, I have witnessed some well-rounded, stable-minded parents who were not economically fluent but managed to do an exceptional job in rearing their children.

4. The Show Highlights the Importance of Proper Parenting

One of the first postulations that people make when hearing about a teen pregnancy is that the parents did not do a good job in raising their kids, but as you watch Unexpected, you will find out that these young kids do have parents that love and care about them. In fact, their families are all committed to helping to ease the burden that is inherent in taking on a newborn.

5. It’s a Journey of Fear, Concern, Love, and Hope

Most reality shows tend to lean toward drama and conflict to create a large following. TLC has done a great job in creating a lineup of shows that people can relate to. More importantly, they create feel-good reality television in which the end normally leaves you with smiles and hope. This show will definitely tap into your emotional store, conjuring up fear and concern, but also generating love and hope. This should be a good series.