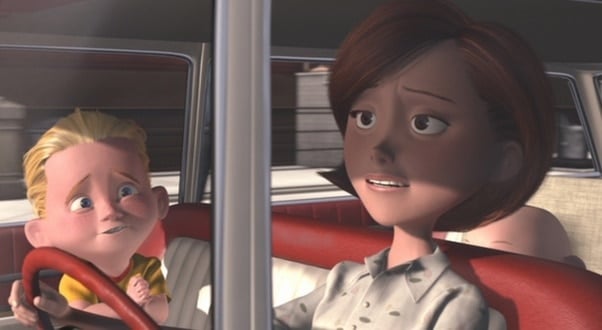 It’s been noted by many people that the smallest details and minutiae that help to fill in the gaps in any movie are what some people tend to get into since they take the movies frame by frame at times, as though to make sure they don’t miss anything. To some folks it’s a little mind-numbing as they don’t want to think about the small details, especially considering that these small details are often something that the directors and designers put in just to see if people are paying attention, or to pay some sort of respect to one person or another. But the interesting thing about these little details is that they tend to reveal a lot more about the movie and the characters a lot of times since they tend to be very personal or at least interesting enough to make a person go ‘aaaah’ as they figure out just why that small detail is important.

With that in mind, here are a few small details that actually make a lot of sense in the movies they belong to.

5. The Infinity Gauntlet went from being left-handed to right-handed and back to left.

Anyone notice during Thor: Ragnarok, when Hela was walking through the treasure vault? She actually tipped the Infinity Gauntlet off the pedestal and stated that it was a fake, though if you took the time to notice, it was right-handed, whereas the gauntlet that Thanos would eventually take was left-handed. Can you imagine Hela with the actual gauntlet? That’s kind of a scary proposition, but since Thanos already had the gauntlet at that point it was easy to think that Odin and Thor might want their people to think that gauntlet was still safe and secure, as admitting that the vault was so easily accessed would have been kind of hard to explain.

4. A photo of Tony and Pepper from Iron Man 2 shows up in the Avengers.

It’s just a small thing really, but a picture that was taken of Tony and Pepper in the second Iron Man movie showed up in the Avengers during the scene in which Tony is talking to Loki while trying to subtly goad him to a point of anger. This is one of those details that doesn’t have a huge impact on the movie but is there to be noticed by those that are the type to pick out every little detail in a movie just because they can. To many others it’s less than important since it might be a memento to state that Tony and Pepper were becoming even closer after a while since their relationship was building from the first movie.

3.Sizing was everything in Titanic.

Obviously everything was done in a studio in order to control the set as much as possible, but the guys in the engine room were apparently all five feet tall if only a little over to give the impression that the room was even bigger than it was. This is a clever trick since it doesn’t require much of the cast or the setting since everything was built to the size that was needed and the cast members were selected especially for this role. Such a trick has been executed in the past as well as there have been instances in which doorways were narrowed, lowered, and other set pieces were enlarged or shrunk to change the perspective.

2. The tone of the parole board in Shawshank Redemption changes noticeably over the years.

While the first hearing that Red goes to is pretty cold and aloof, telling him to sit down as though he’s just committed some fresh offense, the tone of the parole board in the next two instances starts to soften, apparently because he’s grown older and is less of a threat. That makes sense really since letting him out when he still has plenty of life in him and hasn’t been institutionalized yet might be seen as dangerous, while letting him out as an old man that can’t do much would be seen as much easier since he’s not as bound to cause trouble or do much that could harm those in society.

1. It’s the little things that get noticed in The Incredibles.

From the way that Helen Parr talks one might think she was in the military at some point, while her attention to the details all around her make even more impressive since she sees the reflection of the falling debris in the water when she and her two kids have escaped the doomed plane. There were several moments in The Incredibles that went by quicker than many people could see, but the moment when Helen checks out her widened backside with a faint look of disapproval was one that many adults could easily relate to and was pretty funny.

Sometimes it’s the small details that help to make the movie.