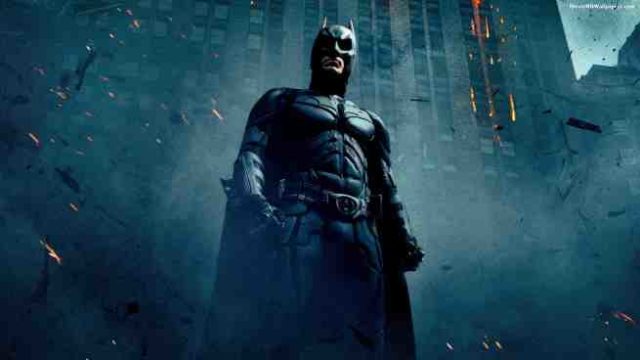 Now we all know that Batman and Bruce Wayne, one and the same, are highly intelligent personas that know how to fight, to anticipate, and to outfox everyone around them. This is after all the guy that took down Superman when no one else seemed able to do so. But in the film The Dark Knight, in which he faces off against one of his most potent enemies ever, there are some decisions that seem less than wise and more geared towards the unbelievable aspects of the comic book that would never happen in reality.

Here are 5 of the Dumbest Decisions in The Dark Knight

Yes, Batman was going after a very nasty criminal, and yes, the Joker was essentially right, Batman has no jurisdiction issues. Yet for all this, the man behind the mask is an American citizen, and as such his alter ego is still bound by America’s laws. This means that kidnapping a foreign citizen in their homeland, criminal or not, is not entirely legal. And to make matters so much worse, flying an airplane into the highly restricted air space of another country is also a big no-no.

So the heist had all the angles planned, everything was tied neatly with a bow, until the Joker made his getaway. Now keep in mind, the character is crazy enough to not care that he just drove a bus out of a bank. But what about the driver behind him? Even in a city as big as Gotham the apathy-level can’t be so impossibly high that a bus trailing a dust cloud and shedding layers of brick that used to cover the massive hole in the nearby bank can be so easily ignored. This is one plot hole that you could drive a, well, you get it.

The guy essentially steals his girl away, and Bruce wants to throw a party in his honor? The Joker crashes the party, and like a good hero Bruce saves Rachel, but then seems to just forget he has a homicidal maniac upstairs that he’s left with guests. So maybe it’s time to just make sure Rachel is okay and go on back to the party, before the Joker gets bored and starts playing hide the bullets with the guests.

Hindsight is perfect and all that nonsense, but sometimes there needs to be a little better attempt at gauging the worth of an individual. It’s true that you don’t really know a person until they show their true colors, but Reese seems to fly that warning signal loud and clear once he speaks up, which makes a person wonder just how many warning signs there were when he was hired. Ambition doesn’t always hide behind a false veneer of humility, and with Reese it’s a little too obvious that he didn’t always make an attempt to cover up the fact that he was a grasping little worm.

Okay, the effect is cool and the idea of turning every cell phone in Gotham into a potential spying device is even cooler. But given that Lucius Fox can create nearly anything that Wayne wants, and Bruce is no slouch in those areas either, wouldn’t you think that it might be feasible to create a simple little switch that allows the sonar to be switched off in favor of normal vision? You might argue that this is how it worked, but that wouldn’t explain how Batman got his clock cleaned a few times thanks the malfunction of his tech. When the Joker started swinging for the fences he managed to hit at least a couple of home runs that could have ended the night permanently for Batman.