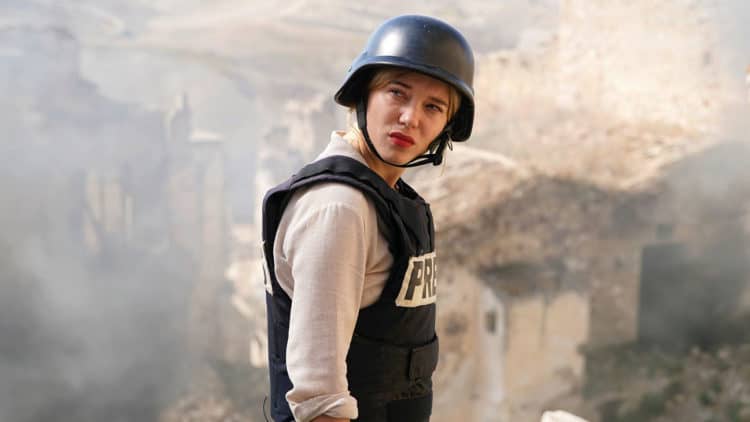 The French movie France, which premiered at the Cannes Film Festival last year, stars Lea Seydoux and Blanche Gardin. It was directed by French director Bruno Dumont, who had previously worked on 2019’s Joan of Arc. The movie focuses on the exploits of a superstar journalist as she balances her career with her personal conflicts. Here is the official synopsis, according to Rotten Tomatoes: “In FRANCE, a satirical drama set in contemporary Paris, Léa Seydoux stars as France de Meurs, a seemingly unflappable superstar TV journalist whose career, home life, and psychological stability are turned upside down after she carelessly drives into a young delivery man on a busy street. This unexpected eruption of reality triggers a series of self-reckonings as well as a strange romance that proves impossible to shake. As France attempts to slow down and retreat into a simpler, anonymous life, her fame continues to pursue her.” While critic reviews of the movie were mixed, with most of them leaning towards the positive, audiences didn’t give it much love. If you’re one of the few people who enjoyed the film, here are a few movies to watch when you’re done with France.

Warning: discussions about suicide ahead. The first movie recommendation on this list for people who liked France is also the darkest. Christine is a 2016 movie starring Rebecca Hall, Michael C. Hall, and Tracy Letts, among many others. The movie is a fictionalized depiction of the life of journalist Christine Chubbuck, a news anchor who died by suicide on air. Here’s a synopsis from Rotten Tomatoes: “In Sarasota, Fla., circa 1974, an ambitious, 29-year-old reporter is relentlessly motivated to succeed. She knows she has talent, but being a driven career woman in the ’70s comes with its own challenges, especially when competition for a promotion and a tumultuous home life lead to a dissolution of self. With ratings in the cellar, the station manager issues a mandate to deliver juicier and more exploitative stories, a story firmly at odds with her serious brand of issue-based journalism.” The movie’s theme centers on the life of a journalist, although its storyline is much more haunting than France. Rebecca Hall, who portrayed Chubbuck, received critical acclaim for her performance.

While Joan of Arc doesn’t have a lot of similarities with France, they share one important thing in common: the director, Bruno Dumont. Dumont directed Joan of Arc two years before France, and also features a heroine, this time a historical figure that is one of France’s most popular. Produced by Rachid Bouchareb, Jean Bréhat, and Muriel Merlin, Joan of Arc stars multiple prominent French and European performers playing real-life figures from history, including Lise Leplat Prudhomme as Joan of Arc, Jean-François Causeret as Monseigneur Pierre Cauchon, Daniel Dienne as Maître Thomas de Courcelles, Fabien Fenet as Maître, Nicolas L’Oiseleur, Robert Hanicotte as Messire Jean d’Estivet, Yves Habert as Maître William Haiton, Fabrice Luchini as Charles VII of France, and singer Christophe as Maître Guillaume Evrard. A review by Video Librarian Magazine took note of Dumont’s feminist approach towards the creation of the movie, writing: “If [Bruno] Dumont’s feminist aims weren’t clear before, Joan’s resistance to doubt and intimidation makes her the most powerful figure in the film, even as that power gets turned against her.”

Another French movie with a heavy focus on a French female protagonist, Amelie is also a must-watch if you enjoyed France. A romantic-comedy, Amelie stars Audrey Tautou, Mathieu Kassovitz, Rufus, Lorella Cravotta, Serge Merlin, Jamel Debbouze, Claire Maurier, Clotilde Mollet, Isabelle Nanty, Dominique Pinon, Artus de Penguern, Yolande Moreau, Urbain Cancelier, and Maurice Bénichou. The movie’s official plot is as follows: “Amélie” is a fanciful comedy about a young woman who discretely orchestrates the lives of the people around her, creating a world exclusively of her own making. Shot in over 80 Parisian locations, acclaimed director Jean-Pierre Jeunet (“Delicatessen”; “The City of Lost Children”) invokes his incomparable visionary style to capture the exquisite charm and mystery of modern-day Paris through the eyes of a beautiful ingenue.” The movie raked in awards during its premiere, particularly being nominated for five Academy Awards. Barbara Ellen of The Times wrote about the movie: “Jean-Pierre Jeunet’s Amelie is one of those once-in-a-decade comedies which scatters its charm like pearls from a broken necklace, all the more adorable because they are not real.”

Deception stars Lea Seydoux, the main star of France. Deception, which premiered in the same year as France, further features the acting versatility of Seydoux, which earns the movie a spot on this list. Based on the work by Philip Roth, Deception stars Denis Podalydès, Léa Seydoux, Anouk Grinberg, Emmanuelle Devos, Rebecca Marder, and Madalina Constantin. The movie wasn’t exactly well-received, but the erotic thriller did manage to showcase how dynamic Lea Seydoux’s acting style is. Variety was all praises for Seydoux in their review of the film, writing: “It often succeeds, which is to say the filmmaking often appropriates the self-aggrandizing indulgences and knowingly oppressive masculinity of a work that isn’t among the author’s finest. But it’s Seydoux’s sly, bright presence, as an obscure object of desire who gradually places the protagonist’s failings in relief, that keeps us involved.”

Last on this list is Whiskey Tango Foxtrot. Like in France, where the protagonist journalist is subjected to death-defying news coverage, Whiskey Tango Foxtrot‘s heroine also experiences the same. The movie stars Tina Fey, Margot Robbie, Martin Freeman, Alfred Molina, Christopher Abbott, and Billy Bob Thornton. Directed by Glenn Ficarra and John Requa, Whiskey Tango Foxtrot is a must-watch if you enjoyed France‘s depiction of a journalist’s personal life. The movie’s plot is as follows: “In 2002, cable news producer Kim Barker (Tina Fey) decides to shake up her routine by taking a daring new assignment in Kabul, Afghanistan. Dislodged from her comfortable American lifestyle, Barker finds herself in the middle of an out-of-control war zone. Luckily, she meets Tanya Vanderpoel (Margot Robbie), a fellow journalist who takes the shellshocked reporter under her wing. Amid the militants, warlords and nighttime partying, Barker discovers the key to becoming a successful correspondent.”