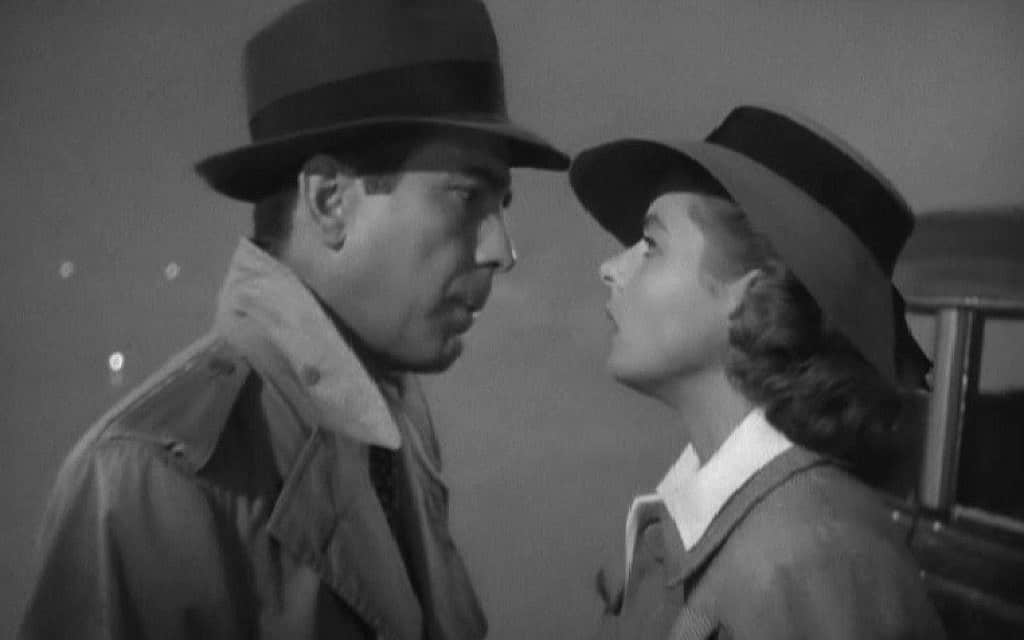 Similar themes are used in a lot of movies and have been for a long time now since there are only so many core themes that can be used over and over. People continually try to come up with something different only to realize that they’re going down the same road and creating the same type of movie that’s been seen before. Casablanca is a classic movie that a lot of people have either seen, heard about, or read about and have enjoyed immensely since the story is one that’s been handed down from generation to generation. But there are those movies that appear to take this theme and run with it in a way that is very similar to the movie even if it might deviate now and again. It’s not blatant plagiarism but at the very least it is a sign that someone enjoyed the movie and wanted to emulate it in some way, no matter if the story delivered a twist or got a bit silly.

Here are a few movies that are kind of similar to Casablanca.

There’s so much dealing and double-dealing in this movie that one might be confused if they didn’t watch the first movie, but the point of the second movie is to show Don Corleone’s rise to power and the forming of the institution that would become the Corleone family. The other part is to show that after the Don’s passing, Michael does the best he can to hold it together, but while he’s a ruthless and cynical Don that tries to appease people, he’s also not his father, as he’s far crueler and at times a little too smart for his own good. But he does know how to plan big and he does know how to keep his cards close to the vest as the saying goes since by the end of the movie he happens to be the last man standing yet again.

One might wonder how this has anything to do with Casablanca, but the story kind of speaks for itself as Mike is the main pivot point in the movie around which everything else revolves. He does his best just to live his life and to take care of those closest to him, but what happens in Vietnam stays with him in a way that can’t be fully described and probably shouldn’t be since a lot of people went over there and didn’t come back, or didn’t come back all the way. The story is one of the saddest ones on record simply because it starts out so hopeful and full of life, but in the end, becomes little more than a shadow of what it was.

This entire series has been kind of like Casablanca since the MIB have been like Bogart trying to do their best to keep more than one alien race from trying to destroy the world while at the same time trying to save other races from certain destruction. This movie wasn’t any different since it featured a truly grotesque creature that was like an army unto itself attempting to take something that could have meant the end of another alien race. The fact that earth is the staging ground for these stories is pretty interesting since one would think that technologically superior species would find another stomping ground.

If the story was told from Papa Midnight’s point of view it would make a lot of sense considering that he was supposed to be neutral throughout the entire story. But while a lot of people didn’t care for this version of Constantine it wasn’t so horrible that it couldn’t be watched. But the character of Papa Midnight was great since he offered aid to both sides, not favoring one or the other until the rules had been broken and the delicate balance that he served was in danger of tipping too far in one direction. This is the kind of character that one might feel is well-removed from their own story, but in truth, Midnight is one character that is great because he doesn’t often take sides.

When your family are cops and you happen to work for a nightclub owner that also allows some shady stuff to go down in his place, it’s fair to say that one might have to turn a blind eye now and then to such things. But when the stuff starts to hit the fan it’s a sure bet that you might have to pick a side and hope it’s the right one. In this movie Joaquin Phoenix’s character ends up finally siding with his family after fighting with them for so long over his employer and his lifestyle, and as one can imagine it becomes a war with more than a couple of casualties.

Sometimes the story is hard to pick out, but if you look closely enough you can see it.