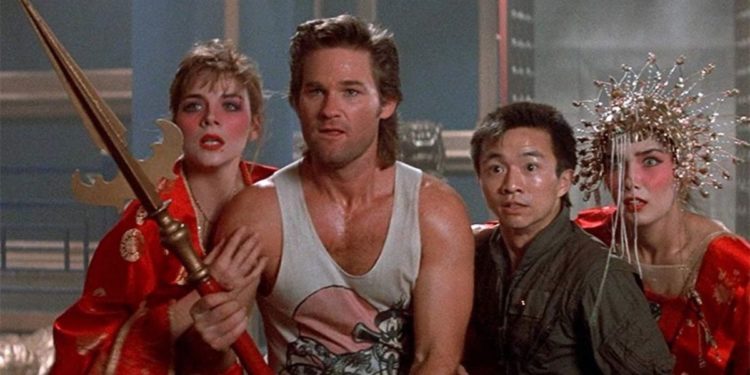 What keeps people watching movies about myths and fairy tales? They’re not entirely practical and they’re not realistic at times since even if the world we know is a pleasant illusion that hides something else beneath, plenty of people would agree that the illusion feels safer. That could be it, the danger and the allure that fantasy and myth brings is enough to hook a lot of people and keep them wanting more. But some movies are fairly accurate in the telling of their own myths, and those that have been passed down from one generation to another, and then there are some that end up taking their own beat and running with it. Hollywood has a way of taking what appears to be popular and making it even more impressive by adding on elements that can flow with the nature of the original legend, or turn it into something similar, but different enough that it will be attractive to the audience.  Here are a few movies in which legends and myths were twisted just enough to be entertaining.

Interestingly enough, this movie didn’t really attempt to move beyond the tale that many people might remember from their childhood. Instead, it dug even deeper and decided to get truly bloody as Ichabod became an investigator born of a witch who was killed by his cruel father. There was plenty of dark comedy in this movie and it was appreciated by many since it kind of lightened the dark mood that the feature possessed. Plus, the fact that Tim Burton was at the helm made it even more impressive since he set things up in a way that shared focus in a manner that kept each character in the spotlight for just long enough to make them interesting.

4. Wrath of the Titans

Greek mythology has been mined for many upon many tales over the years and a lot of them have managed to keep people interested in the gods, which has kept them alive in some way. The story of Perseus is what drives this story and the movie before, and many people still cling to the original movie that this version was inspired by. But the special effects and the overall story aren’t too bad really, and the idea of Zeus and Hades taking their father, Kronos, is kind of fun to think about. The whole idea of gods, demigods, titans, and all of it drives this story in a big way that doesn’t offer a ton of substance but does give plenty of flash.

The mention of the numerous hells that are believed in during this movie are loosely based on various punishments that are mentioned in Chinese mythology, and as anyone that has seen this movie would know, they’re mentioned and then forgotten for the most part. A good portion of this movie focuses on Lo Pan and his desire to become flesh and blood once again, and Jack Burton’s point of view as well. The overall mythology used in this movie is something that isn’t to be taken as scripture since it does correspond in several ways to what can be seen in old tales, but for the most part, it’s a movie, and the cherry-picking nature of the script is meant to be fun more than anything.

The legend of Dracula and the myth of vampires have both been around for a long, long time. From the terror brought on by the legend that has been spread for so long to the erotic idea of having one’s neck sucked upon by another person, this particular myth has been taken down in a lot of ways. While it wasn’t the most popular movie, Dracula Untold did manage to deliver another way to look at the legend since Vlad the Impaler has long been looked at as one of the most notable origins of the Dracula story, though debates have come to light that has attempted to determine whether vampires were thought to be a part of the legend before Vlad. All the same, the movie does offer up a great origin story for this myth.

It’s kind of a touchy subject when bringing up the word ‘myth’ along with the Christian faith, depending on who one is speaking to, but there are mythological aspects to this religion whether people want to admit it or not. Legion goes fairly dark when it comes to the end of the world, especially since it hinges on the idea that God has become angry with humanity once again and is seeking to wipe out the species. But the idea that one child could stop the genocide is interesting, if not as fully developed as it could have been. All the same, this was a fun idea, even if it didn’t feel like it was finished upon release.  Myths and legends keep things interesting sometimes in the face of stark reality.