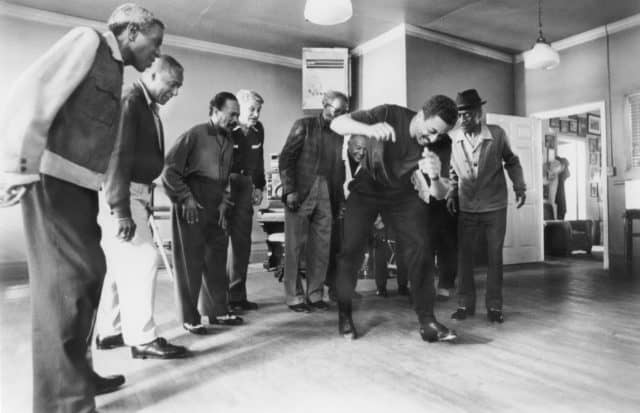 Have you ever tried tap dancing? It’s not as easy as some of these people make it look. It’s a lot more than just tapping your toes and your heels against the floor in rhythm. There’s a lot more to moving your feet around and getting the right beat going so that it sounds right and it feels right. The level of concentration you have to have and the fact that, like anything else, it’s actually easier if you feel it and have a passion for it, makes this style of dance something that isn’t just for everyone. You really have to able to get into it or the chances aren’t great that you’ll find you’ll find it all that enjoyable.

Take a look at the kind of effort it takes and then make a decision as to whether it’s for you or not. Otherwise just enjoy.

In the past it was traditionally believed that boys would be looked at differently if they became dancers. This was considered more of a woman’s field and as such did not seem the type of path that any self-respecting father would allow his son to take. And of course Billy’s father attempted to get him to stop, but like an electric current the dance just wouldn’t let go of Billy and he rode it out for as far as it would take him, tapping all the way with such furious energy that he looked fairly angry the entire time he was doing it.

Billy Flynn is about as smooth as a guy can get without being made of glass. He knows how to talk up a crowd and he knows how to get people on the side of his clients. He also knows how to tap it would seem, and is quite good at it. During the movie he’s seen to fast-talk, smooth over, and otherwise manipulate his way through any given scenario, but the tap dancing is just as impressive.

The reversal of fortune can be quick and extremely depressing in Hollywood is what this film seems to state as it shows how sound pictures eventually took over the nice that silent films had carved out for themselves long ago. Once Valentin realizes this he seems to self-destruct for a while until Peppy reminds him just what he did for her at the beginning and convinces him to team with her for another picture.

It’s kind of a shame really that the titular song of the film made people mostly forget about this wonderful song that comes not too soon before it. The tandem tap dancing is amazing and more to the point must have taken a few different takes to get it right. It would be hard to believe that it would have been so easy to get all three of them into step with less than a dozen takes or more.

You don’t even need to know what the movie is about to be impressed by this display. Gregory Hines was undoubtedly one of the greatest tap dancers to ever put on a pair of tap shoes. The guy was just awesome to watch even if there wasn’t music. I mean really, he’s RUNNING and TAPPING at the same time. Some people might think that’s easy but I would be comfortable saying that it’s not just everyone that can do this.

Put on a pair tap shoes and see how easy it isn’t. Really, go ahead and try and then you might get a better idea.