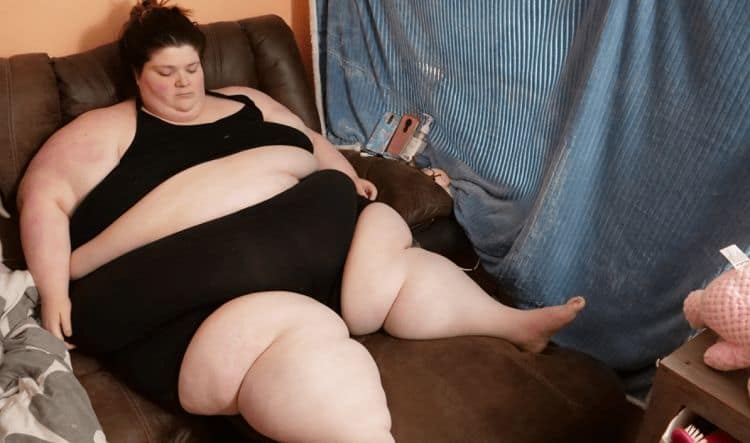 The television series “My 600 Pound Life,” follows the weight loss journey of the patients who enter the program that is highlighted in the series. The show offers a detailed journal of the struggles and victories for people who are morbidly obese and in desperate need of help to lose the weight that has placed their very lives in jeopardy. There are many lessons that we can learn from watching the show. Many of them are about weight loss, but some are about the state of being human. Here are five important lessons that “My 600 Pound Life” teaches us all.

1. We all need the support of loved ones

I have been faithfully watching this series for years and there is one common thread that keeps resurfacing. Dr. Nowzardian asks each patient to bring the person(s) that give them support along. Weight loss is a challenging task, particularly when the addiction to food is so strong that it comes before the other people and things in your life. It is therefore vital to have at least one person who will support you in maintaining the willpower and strength to stick to the diet prescribed by the doctor. It’s hard enough to lose weight but the odds of reaching your goals go down dramatically without supportive help from those who care about you. This also translates into other areas of life. It’s a lot easier to complete difficult tasks when there are people in your life that have your back and cheer you on.

2. Those closest to us can hurt us the most

Dr. Nowzardian prefers to get to know the family members or partners supporting his patients because he knows that they have a big influence on the success of the patients. He asks who buys the food and prepares the meals and it is usually the caregiver who is helping out. This is often a huge problem as they give the patient whatever he or she wants and the choices are usually poor. Caregivers become enablers and this is a cycle that is hard to break. They often sneak unhealthy foods in and in the end, they do more harm than good. It takes a lot of love, understanding, and strength to help someone with a food addiction to follow a healthy diet. It’s difficult to watch a person you care about suffer. Spouses, brothers, sisters, moms, and dads may give in to the pleading because it is something they have always done. There are heavy emotions that go along with the process and the family dynamics are at the height of dysfunction in most cases. Some family members make it harder for weight loss patients because they eat things that are not on the diet in front of the person who is struggling to avoid temptation. More often than not, the people who care the most and are willing to be present do the most damage by enabling their loved ones to cheat on the diet. Regardless of how often they are told, they continue to supply foods that are potentially contributing to an early death. Family therapists support the fact that it is vital to confront the people who are providing care for the patients about these habits and to educate them about what support really means. It is truly more tough-love than it is giving in when the going gets tough.

3. Watching the show can change your perspective on life

There are a lot of lessons to be learned from “My 600 Pound Life.” It’s not easy to watch because there are graphic depictions of real-life surgeries, footage of people who are overweight with huge lymphodema hanging from their bodies and there is a lot of suffering revealed in some episodes. It’s not for the fainthearted, but it is good to see how addiction to anything can ruin your life. Perhaps you’re a smoker and you’re having lung problems, but just can’t seem to find the willpower to quit. When you watch the struggle of morbidly obese people with food addictions, you can correlate the two habits as both are potentially life-threatening. We learn a lot about how the brain works when it is impacted by trauma, or controlled by addiction. Changing lifelong behaviors is not an easy task. Many clients are referred to psychotherapists to help them deal with the underlying psychological factors that lead to their destructive behaviors. We learn about the power of addiction that is transferrable to anything you may be addicted to, not just overeating , although it is the central theme, the success stories show us that you can train your brain to accomplish almost anything if you set your mind to it and remain dedicated to accomplishing your goal. It can change your perspective on a great many things that can lead to a healthier and more productive life.

4. Obesity is a serious matter

We all root for the patients that Dr. Nowzardian works with, but this is not a show that promises a happy ending. While some make the necessary improvements and do transform their lives, the success rate is not good for the morbidly obese. Sometimes, even when a patient is making great success and losing the necessary weight, it is too late for them. Being morbidly obese for years takes a toll on every part of the human body. The internal organs are adversely affected and it makes them more vulnerable to serious complications. Sean Milliken was a favorite of viewers. He was just 29 years old and had made significant progress, losing more than 400 pounds. His mother with whom he was very close, died unexpectedly. This hit Sean hard. His own health took a downward spiral. He was hospitalized with an infection that ended up taking his life. Of all patients, he had his youth going for him, but his story stands as a testament that obesity is a serious matter for people of all ages. It’s something that needs to be addressed early and by all members of the family. There have been several patients of Dr. Nowzardian who were simply too compromised to fully recover their health. Losing the weight is no guarantee that you will survive, but it’s a start.

5. Dr. Nowzardian shows us what it means to be humanitarian

One of the greatest contributions that a person can make in their lifetime is to better the conditions for mankind without the hope of self-reward. There are those that may believe Dr. Now is in it for the money, but this couldn’t be further from the truth. An investigation into the man, the professional, his pay, and his track record reveals that he is one of the most genuine and compassionate people in the field of medicine today. He is a pioneer in his field and he takes patients that most other physicians will not. He is well-published in highly regarded medical journals and has pioneered many laparoscopic procedures that help to improve weight loss success. He isn’t paid for the surgeries that he performs for the shows, but those who appear on the show are paid well. He is doing this out of sincere love for humanity and for the work that he does. He gets tough with patients because he knows that their lives are on the line and he doesn’t want them to fail. He offers hope and help for those that others have given up on. We can learn a lot about humanitarianism by observing how he lives his life, helping others.