Home
Television
Whatever Happened to the Cast of Petticoat Junction? 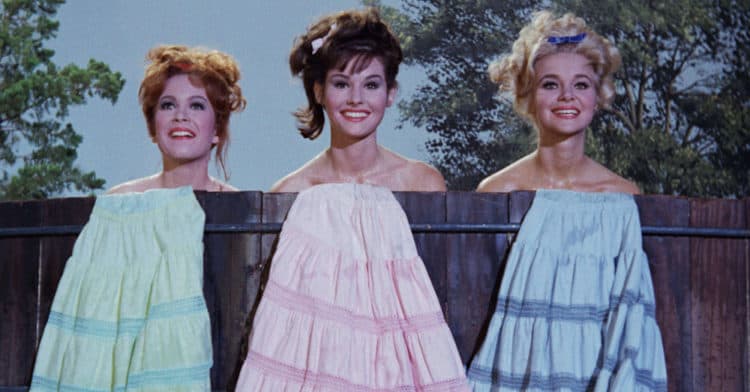 From 1963 to 1970 Petticoat Junction was a show that featured the many characters that people came to know and love at the Shady Rest Hotel and at various others spots in the show. It was more or less a sitcom used to entertain the audience and the cast were stars in their own right back in the day. A fair number of them have passed on at this point but some of them are still around and you can imagine that they might like to relive the glory days now and again in their memories. TV was certainly different back in the day, yet there still seem to be a lot of similarities that people don’t always notice. Of course given that TV has been changing repeatedly throughout the years it’s safe to say that in the 60’s it was making a gradual switch from the old-fashioned morals that had once ruled the airways to something that was a little more risque and appealed more to the audience.

Here’s just a little something about the cast of the show.

Meredith had a fairly busy career since she was seen on several other shows such as My Three Sons, Magnum P.I., The Dean Martin Show, The Rockford Files, and several others. She passed away in 2000 however from complications due to cancer. Her remains were cremated and spread across the Pacific Ocean as she’d desired.

Rufe’s career got going in the 30’s and extended into the 40’s, long before the Petticoat Junction days, but he had a long and fairly successful career. He was pretty much a regular on the show for five years and came back as a guest star in its final year. There’s no word on how he passed away but was 66 at the time of his death.

Lorie Sanders has appeared in a few different shows and a few films as well during her career. She is still very much alive and living out her days in retirement. She wasn’t the first woman to take up her role on the show however as there was at least one more ahead of her that she took over for. Lorie retired in 1980 and has presumably not made any type of return or even guest-starred in anything since then.

Frank has a long list of movie credits and an even longer list of TV credits. He was even on the spinoff that came from Petticoat Junction, Green Acres. Over the course of his career he starred in enough productions that he should be a well known character and likely is to those that were enjoying his roles back in the day. Frank however passed away in 2012, four years after his wife. There was no cause given so one can hopefully assume it was old age and nothing else.

Bea was the kind of actor that seemed to do it all. She had TV, film, radio, and voice credits to her name, all of them lists that were modest to quite long. She obviously did a lot with her life and was a well known celebrity, though she was only ever nominated for two Emmy awards, which is kind of odd but also a bit disappointing really. Someone that does that kind of work and does so much of it that people like would, you would think, at least warrant one or two awards in their time. Bea passed away from pneumonia and lung cancer in 1968, and not long after her husband passed as well.

Linda is one of the only surviving members of the cast on this list and was also one of the only individuals to be around for the entire run of the show. She went on to guest star on other shows and become a well-known actress, but in 2007 she decided to retire. What she’s doing now is anyone’s guess as she has kind of fallen off the map so speak.

Between his TV and film credits Edgar was a very busy man. He didn’t take a lot of time off and he was almost always in the middle of one production or another. It’s hard to see how he had time for Petticoat Junction but he made it work. He passed away due to a stroke however in 1979.

Looking at this list you might think that most if not all of those associated with the show have passed on since its time, but there are still a few that remain as you can see from above. It’s easy to assume that they’re retired if they’re still living, but there’s no doubt that they at least remember the show and how much joy it brought so many.