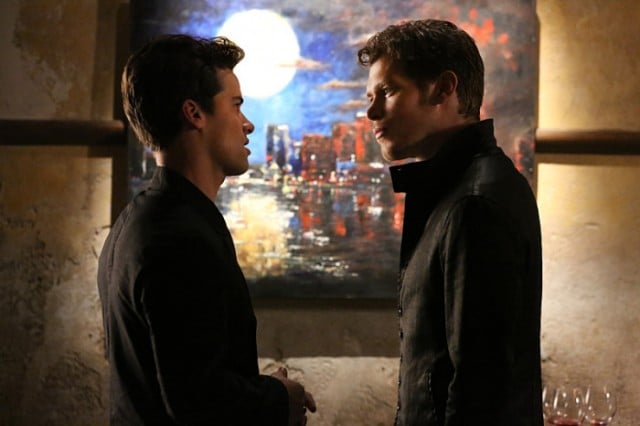 The Originals season premiere planted the seeds for a Big Bad unlike any other we’ve seen on the show before.  That brief glimpse of a straight up terrifying monster saved this episode from being a complete snoozefest.  The other 99% of the time was spent catching us up to speed on everything that’s happened since the spring.

Spoiler alert: nothing’s changed for anyone.  Hayley is still stuck in her wolf form and consequently only sees her daughter on full moons, when of course Elijah brings Hope down to their meeting place on the Bayou.  Klaus, Elijah, and Freya are a family divided but remain civil for Hope’s sake.  Marcel is running the French Quarter again, rebuilding a vampire following in the unconventional but entertaining setting of a boxing ring.  Davina encounters – gasp! – a hater in her new position of witch regent.  She already can’t seem to handle resistance against her position of power.  Lastly, Cami has been serving as Klaus’ unofficial therapist with their frequent “little talks.”  All this was summed up by Freya in a letter to Rebekah within the first 10 minutes but the episode really didn’t progress any of their storylines yet.

I suppose it was more important to establish the new recurring characters so that we could get a sense of where they stand in relation to the Mikaelsons and friends.  Jason Dohring joins the cast as Detective Kinney who uses Cami’s psychological expertise examining crime scenes.  This girl has got to start getting paid for all her talents she squanders for free.  All the victims are found with their mouths cut upwards, eerily similar to that of the Joker’s trademark move.  The significance here is yet to be discovered but it’s no surprise that the other new face in town, Lucien (Andrew Lees) is responsible.  It takes Cami all of two seconds to put these puzzle pieces together but naturally she’ll face resistance from Klaus who won’t go pointing fingers at his old friend yet.

Lucien was Klaus’ first progeny and he’s definitely learned a few deceiving tricks from his maker.  His intentions in coming to New Orleans are confusing.  He claims to Klaus that there’s growing turmoil between the other progeny of the Mikaelson siblings, hinting at a war between the already divided family.  Seriously, not again.  If there’s anything we know about this family by now, it’s that they may not always like each other but deep, deep down they love each other always and forever.  But then Lucien proceeds to introduce Klaus to his “personal forecaster” which is where the vision of a monster comes from.  She gives Klaus a foreboding warning in the form of a cheesy rhyme that he has less than a year before this threat comes to the forefront.

Lucien is also revealed to be the one behind the hunting of the wolves, which is what is preoccupying Elijah at the moment.  Overall he’s got a lot on his plate for being a new guy in town.  He can dish some sass right back to Klaus but he’s definitely got more up his sleeve.  It was especially fun to see all the original actors back as Rebekah, Kol and even Finn in the flashbacks to how they all met Lucien.  Having such a long history with this family must mean there’s bad blood somewhere along the line.  This should be interesting to watch develop!

On a lighter note, Klaus finally felt confident enough to set up an art exhibit for all his painted masterpieces.  The only person whose opinion he really wanted was that of Cami, who reinforced that she only wants to keep their relationship professional.  She can deny it all she wants but she knows Klaus the best out of anyone.  Frankly it was a little sad to see her question Klaus’ involvement in the murders piling up when all he wanted to do was drop off a present of a painting he’d done for her.  In typical Klaus fashion though, he took his revenge out on the one art critic who he overheard calling his work a “celebratory ego trip.”  Tsk, tsk.  What Klaus needed to hear was the level of praise bestowed upon Vincent Van Gogh in the fan favorite “Vincent and the Doctor” episode of Doctor Who.

This was pretty much a slow start to the season but I have no doubt it will pick up speed now that some of the new players are established.  The girl in the very last scene is probably Aurora, who might be Elijah or Rebekah’s first progeny.

What did you think of The Originals‘ Season 3 premiere? 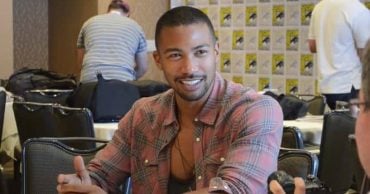 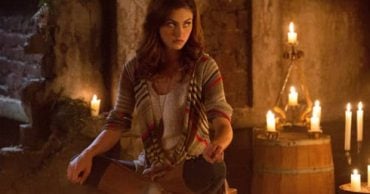 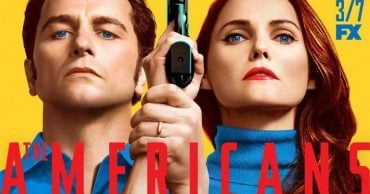 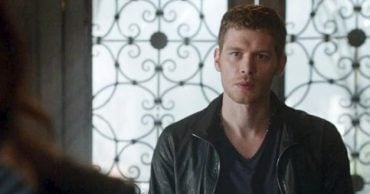 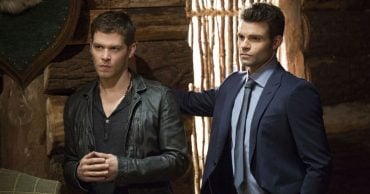 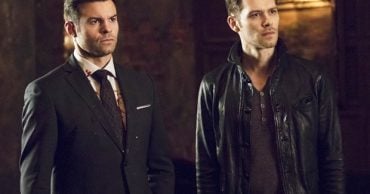 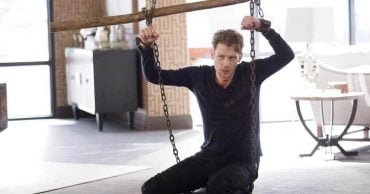 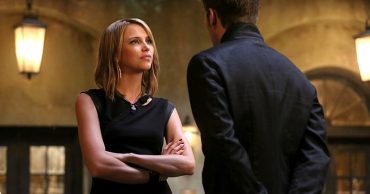 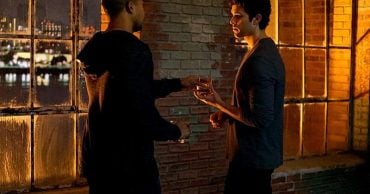 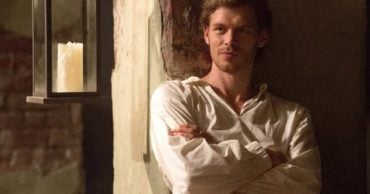 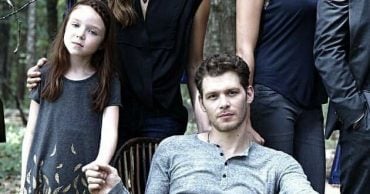 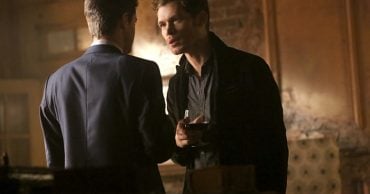 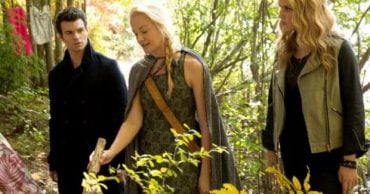 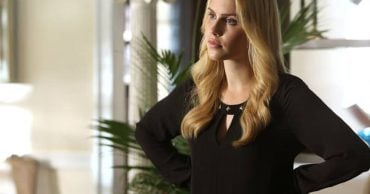 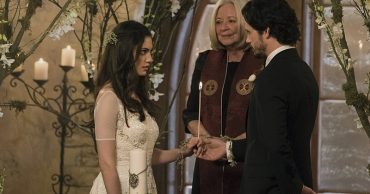 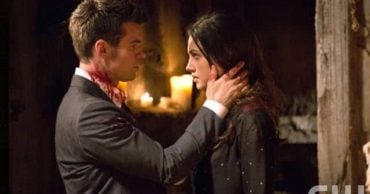 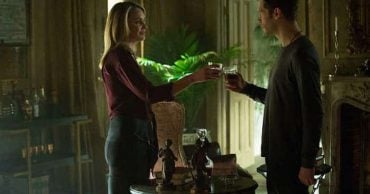 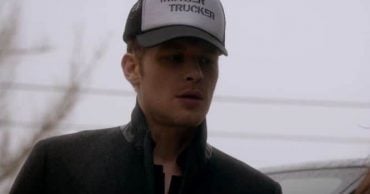 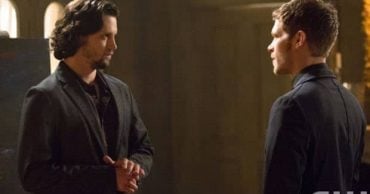 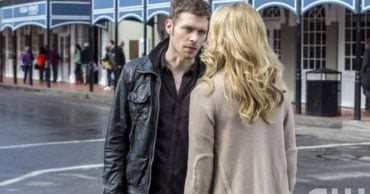 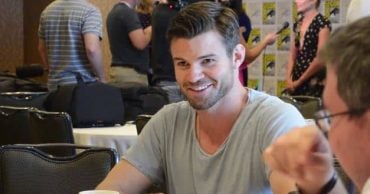 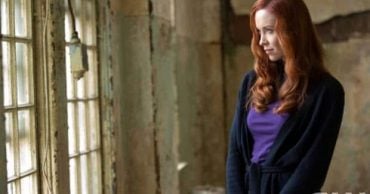 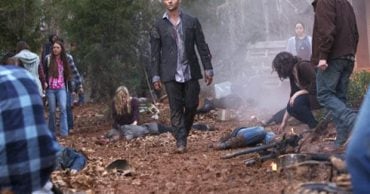