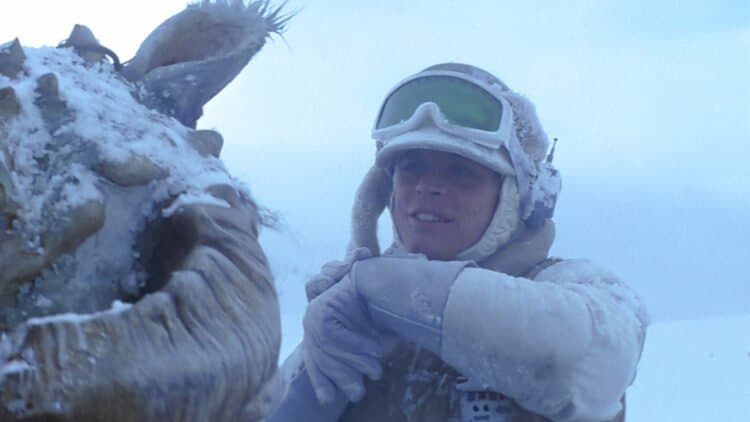 It’s very easy to wonder what might have happened in the Star Wars franchise had certain characters died at different points in the story. At least one death on this list has been addressed in a comic at one point, but the others are still more or less musings that manage to generate interest now and then. The idea is that any franchise is going to be looked at through one lens or another over the years as it continues to push forward and the fans continue to think up ways that can define and redefine the overall story. The truth is that by taking out a key element or character in a story, the story is going to change in a big way, and in some cases might send the franchise rocketing in a very destructive direction. But like all stories, it’s bound to happen that things will develop in a way that would create another unique retelling of an epic saga.

This has been covered in a Legends comic, and after Luke died of exposure, it was left up to Han Solo to figure out what to do, and to seek out Yoda. Eventually, Leia would become the next in line to take up the role of the next Jedi, but things were not the same. The overall feeling of this death is that it would send the future of the Jedi into a tailspin, as it would mean that the last known defender of the Force would have succumbed to a random event that was far less dangerous than what he was meant to face. But it did have huge ramifications in the long run, the battle between the Rebels and the Empire was quite different because of this.

It’s said that it was sheer hatred keeping Anakin alive when he was burned to a crisp, and that’s likely the case. But imagine if he gave up, if the pain and the anguish were too much for him at that time, it’s likely that the galaxy would have been spared a great deal of pain, at least from Vader’s hand, had he died on Mustafar. That’s a rather dark way to look at it in all honesty, but it’s practical since Vader caused a massive amount of pain and suffering to all that had known him as Anakin Skywalker, and it created a great deal of struggle for so many, as well as his children when it was discovered that they were his offspring.

It would have ruined a touching moment, wouldn’t it? Imagine after hearing Leia say that she loves him, Han spent his last breath saying that he knows. And then, nothing. His life is simply snuffed out since it’s such a dangerous procedure, as mentioned in the movie. Somehow it feels safe to say that Jabba the Hutt would have still wanted Han to hang on the wall of his throne room as a means of showing what could happen to anyone that crossed him. But it might not have been possible since Boba Fett wanted to get paid, and it’s hard to think that he might not have just jettisoned Han into the void, or come up with another way to deal with the loss.

2. Palpatine is killed by Mace Windu.

A lot of fans might think that if Palpatine had been killed during the prequels the galaxy would have been better off since the Galactic Empire wouldn’t have taken over, the Jedi Order might have been spared, and things would have gone on. It would have been less than perfect, but it wouldn’t have become the horror show it was. But then again, it’s fair to say that the Jedi Order might have taken on a new look, and a lot of people might have thought that they had become the villains, which would have changed things in a big way, and not exactly for the better. Strange as it sounds, Palpatine’s death wouldn’t have done as much good as some think it would.

Folks need to be honest about this and realize that had Darth Maul not been messing around, he could have ended Obi-Wan’s life rather easily. From the moment when Obi-Wan was helpless, hanging on for dear life many feet below Maul to the moment when he flipped over Maul and then cut him in half, there were many moments when one can imagine that Maul would have taken advantage and cut Obi-Wan down easily. Had this happened it would have been disastrous since not only would Anakin likely have been kept out of the Jedi Order, but Darth Sidious and Darth Maul would have likely continued their takeover of the galaxy.

It’s amazing what losing one person can do to a story.

What Could Happen to an Exorcist Reboot?
Comics Lists News Things You Didn't Know Whatever Happened To