Home
Movies
Disney’s Giving Us a Jabba the Hutt Solo Movie Too? 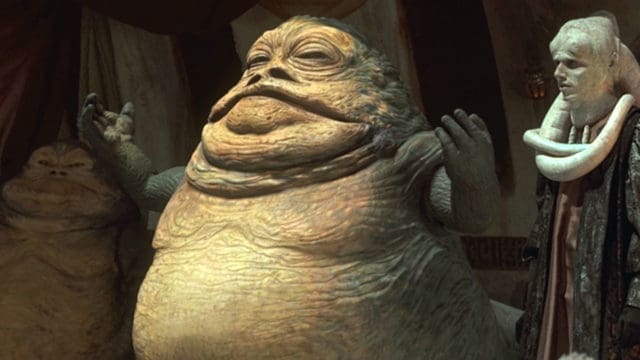 Even a few years ago, nobody seemed to be worried about getting too many Star Wars movies.  The franchise was essentially a generational event: regardless of the quality of the final product, everybody obsessed over the far-flung space opera because there was so little of it to go around.  The original trilogy spanned the length of a decade, and an entire generation of movie-goers grew up in its shadow before the prequel trilogy came along at the turn of the century.

But now, Disney has weaponized the series into the blockbuster franchise of the 21st century.  Since acquiring the property from George Lucas, they’ve endeavored to release a new Star Wars film every Christmas, come Hell or high water.  Two years ago, we got the first in a new mainline trilogy of films, following the next generation of would-be Jedi and Sith.  They followed this up with the spinoff Rogue One and, soon, this year’s The Last Jedi.

And it seems that there are no plans to slow the pace anytime soon.  We’re set to have a Han Solo spinoff next year, followed by Episode IX the year after that: supposedly closing the book on the Skywalker saga.  In addition of the myriad of ideas rumored to be considered behind closed doors — such has Boba Fett and Princess Leia prequels — we have confirmation of Disney’s next Star Wars project: a solo Obi-Wan Kenobi film, intended to fill in the events surrounding the Jedi Master’s storied life.

But even that’s not the end of it.  It has been confirmed that another major Star Wars character will be getting the solo film treatment.  What’s more, this movie is already in early production over at Disney.  That character, shockingly, is Jabba the Hutt. 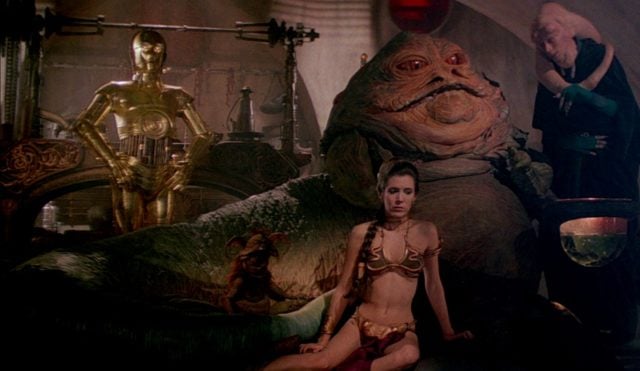 On the surface, it’s not really clear how a solo Jabba movie would even work.  He’s an over-sized slug on a sparsely-populated desert planet.  He doesn’t speak English, and gurgles out orders more often than he does anything of his own accord.  He’s the Vito Corleone of the Star Wars Universe.

That last sentence is the key to his solo film ambitions, however.  He’s basically The Godfather of space: the head of a systems-spanning criminal empire that puts him alternatingly at odds with every major power and political entity in the galaxy.  From high profile assassinations to smuggling operations or open gang warfare, there isn’t any under-handed trade that the Hutts aren’t involved with in the multi-media franchise. 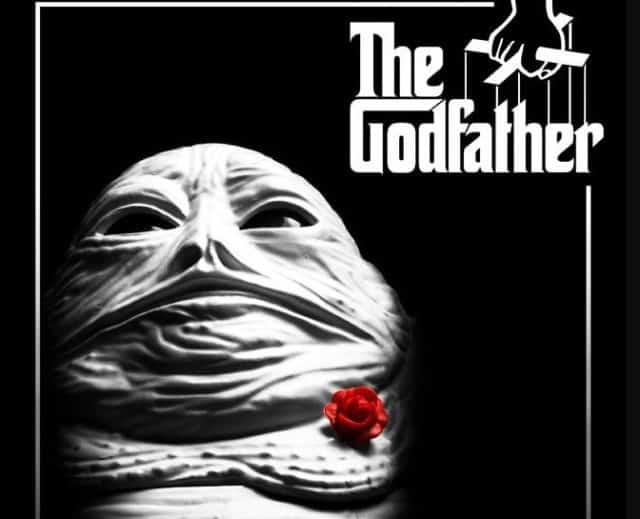 That being said, it will be a massively uphill battle to sell audiences on this particular spinoff.  Star Wars movies are family affairs: things that people will unthinkingly bring their kids and grandchildren too based on the name alone.  They’re fast-paced, light-hearted, action-adventure films draw crowds specifically because of its broad, easily-accessible narrative and familiar characters.

This isn’t a franchise that can easily transition into an R-rated gangster movie, as amazing as that sounds on paper.  Besides, we’ve all seen what happens when CG-heavy characters are elevated to the level of lead-characters.  The effects break down under the strain of constant, up-close scrutiny.

I’m not saying the film can’t be done, just that it would take a fundamental re-branding of everything that the movie-going public at large understands to be a Star Wars movie.  And that’s brand management that can kill the box office prospects of the next Disney blockbuster.